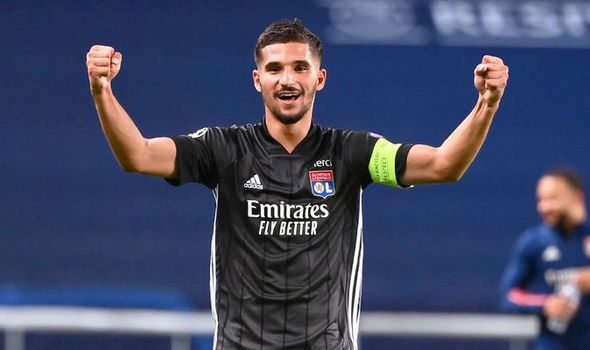 Arsenal will soon make an offer of over €40million (£36m) for Lyon midfielder Houssem Aouar, according to reports. French outlet Telefoot Chaine claim Aouar has become Mikel Arteta’s priority signing for the remainder of the transfer window. The Gunners have already seen a player-plus cash bid turned down for the 22-year-old.

But Lyon did not view Guendouzi as the right “profile” of player they wanted to bring to the club.

However, Arsenal are now set to return with another offer to prise Aouar away from Lyon.

Earlier in the window it was reported Lyon were asking for around £54m for Aouar – considerably more than Arsenal are set to offer.

Aouar would be Arsenal’s third major signing of the window following acquisitions of Willian and Gabriel Magalhaes.