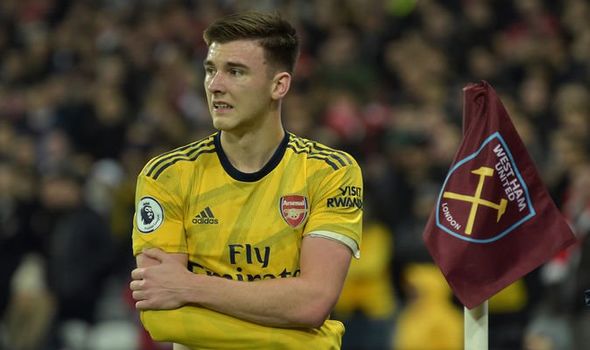 Arsenal were hit by a new injury blow on Wednesday night with full-back Kieran Tierney ruled out for three months. The Scot dislocated his right shoulder during Arsenal’s 3-1 win at West Ham on Monday.

He was forced off after just half-an-hour at the London Stadium.

Summer signing Tierney has been hit by a series of injuries since his arrival from Celtic, with a hernia problem being followed by a shoulder problem.

Interim head coach Freddie Ljungberg said: “We got one in the warm up at West Ham, another full back in the game.

“It’s one of those freak things. One is to the head, another is the shoulder in a tackle. We can’t do much about it, obviously it puts a strain on the squad but that is how it is.” 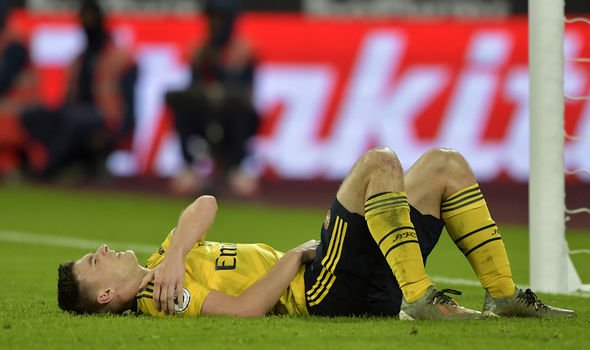 Midfielder Granit Xhaka is still suffering from concussion picked from being hit by the ball in the warm up at West Ham.

He will miss Thursday’s clash with Standard Liege and Sunday’s visit to Manchester City.

Arsenal aren’t yet through to the next round of the Europa League after losing to Eintracht Frankfurt last month in what turned out to be Unai Emery’s final game as manager.

They need a draw or a win in Liege, while Frankfurt losing to bottom-of-the-group Vitoria would also see them through.

Previewing the clash, interim boss Ljungberg said: “Of course it’s a very important game for us. We know what’s at stake.

“We think they will probably come at us because they need to win the game. Of course in the Premier League in December we play a lot of games.

“We have a lot of respect for this game. We definitely don’t take it lightly. We want to win and get a result and play in Europe for the rest of the season.”

He added of Liege: “They are a club well known in Europe. Of course I knew about them beforehand. I saw them when they played in London.

“But I have a lot of respect for how they play football and they have a good coach as well.” 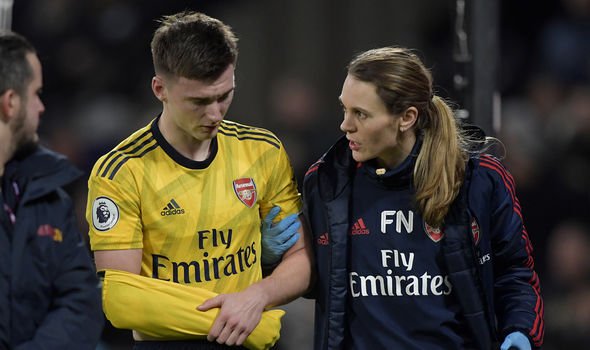 The tie in Belgium will be Ljungberg’s fourth match in charge, with a draw, a loss and a defeat so far.

The Swede said of the club’s ongoing managerial search: “I just try to concentrate on my job – that is to win football games and get us to play better football.

“What the club decides to do or who they choose it is totally up to them but I stay totally out of it.

“Do I see myself in the running? Again, that’s not a conversation I’ve had with the bosses.

“My job is to go from day to day, game to game, to try to help this fantastic club.

“That’s what I try to do. All of those decisions are up to the top dogs.”