Arsenal star Alexandre Lacazette could become Atletico Madrid’s top transfer target if they fail to sign Edinson Cavani. According to Mundo Deportivo, Lacazette is among the alternative signings Atletico could consider if Cavani doesn’t move to Spain.

The Gunners star could be preferred over other potential targets, such as Beijing Guoan ace Cedric Bakambu and Borussia Dortmund star Paco Alcacer, that Atletico boss Diego Simeone could turn to.

The La Liga giants are in dire need of quality strikers as they have the worst goal tally of the Spanish division’s top seven teams, scoring just 22 times in 20 league matches.

Cavani will be available for free in the summer when his contract with Paris Saint-Germain expires but the Rojiblancos’ goalscoring woes mean Simeone will need him to move to the Wanda Metropolitano this month. 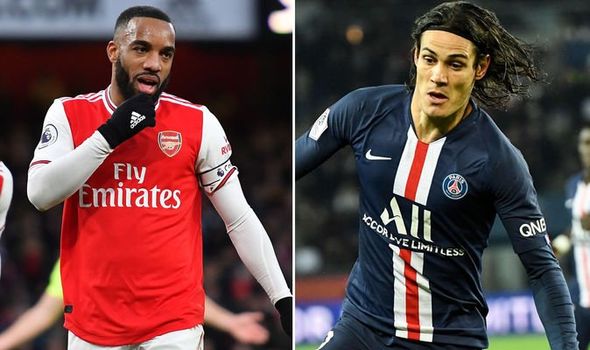 However, PSG have rejected an initial €10million (£8.5m) offer and club sporting director Leonardo is refusing to let the Uruguay international go during the ongoing January transfer window.

The French champions’ manager Thomas Tuchel also wants to hold on to the 32-year-old as he believes he can still play a key role in the team’s bid for the Ligue 1 and Champions League trophy. 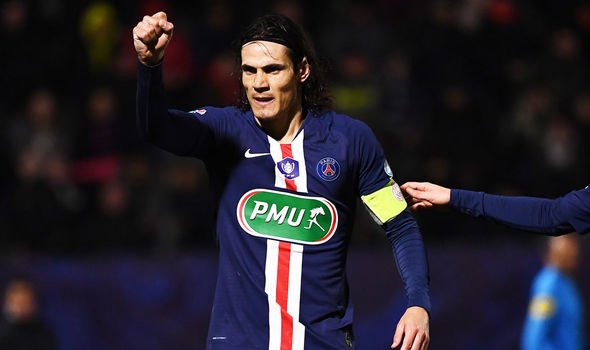 PSG president Nasser Al-Khelaifi agrees that the Uruguayan talisman’s presence is needed as they look to make the next step in Europe, despite his diminished role within the squad.

Cavani has only managed 14 appearances in all competitions due to injury but has still scored five goals.

Atletico, though, are likely to come back with an improved offer as they are very keen on the former Napoli star, who has netted a staggering total of 198 goals in 293 appearances for the Parisians.

The Madrid outfit are offering him a €12m (£10m) per-season salary to lure him to La Liga which could pose as a rather lucrative deal.

But if there’s no development towards the end of this season’s transfer window then Atletico may have to explore different solutions, like Lacazette.

Arsenal, though, would be very reluctant to let a player as crucial as the Frenchman leave halfway through the season.

The north Londoners are not very likely to complete any signings this month due to the club’s spending spree in the summer.

Therefore, Mikel Arteta won’t be keen to let any of his key players go as he will need to have all hands on deck to help Arsenal climb up from 10th place in the Premier League table.