Arsenal striker Alexandre Lacazette has been backed to leave the club during the summer transfer window by former Chelsea player Craig Burley, who believes the Frenchman is rated below Pierre-Emerick Aubameyang and Eddie Nketiah by Mikel Arteta.

Lacazette has been dropped by Arteta for Arsenal’s last two Premier League games.

The French striker has been in decent form this season, but has only found the net six times in 19 league appearances.

He found the net in the club’s 1-0 win away at Olympiakos in the Europa League, but failed to make an impact in the return leg, which the Gunners lost.

In the league, he scored the last of Arsenal’s four goals in their 4-0 drubbing of Newcastle last weekend, having come off the bench with five minutes to play. 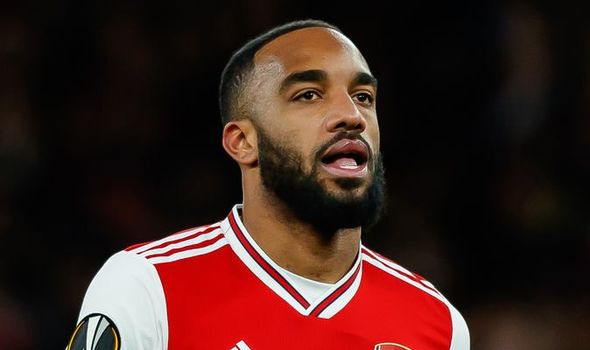 But following that effort, he was dropped again by Arteta for the game against Everton, as he found himself replaced with Nketiah.

The young striker, who spent the first half of the season on loan at Leeds, started Arsenal’s last two league fixtures, finding tenet against the Toffees.

And Burley believes that the uncertainty over Lacazette’s place in the starting XI going forward could lead to the Frenchman’s exit.

Barcelona were believed to be keen on signing the experienced striker in the summer, and he was reported to be keen on a move away if Arsenal failed to qualify for the Champions League next season.

Europa League draw: When is it? Who could Man Utd, Rangers, Wolves face? [INFO]

Speaking on ESPN FC, Burley explained why he believes that Aubameyang being favoured ahead of the 28-year-old, along with Nketiah, will lead to Lacaette looking to leave.

“I’m going to say there’s a chance for this,” the former Chelsea player said.

“He’s not getting a game, Nketiah’s getting in ahead of him.

“Aubameyang is the top man, even when he’s playing on the left. 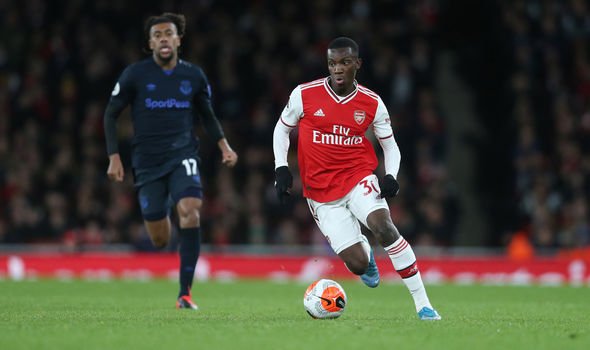 “I rate this guy, I think he’s a good player, a very good striker.

“But I think he’ll be saying to Arteta that he’s better than sitting on the bench.

“It’s clear at the moment that he’s not a clear part of Arsenal’s plans.

“It’s hard to convince guys like that to sit on the bench, so I’ll say yeah, he’ll probably leave.”