Arsenal are said to have mocked manager Unai Emery in the lead-up to his sacking. The Spaniard was dismissed this morning after a run of seven games without a win.

Emery was appointed as Arsene Wenger’s successor 18 months ago but he struggled to settle in north London.

Although he attempted to learn English, the 48-year-old never got a full grasp of the language and it was said to have been a big barrier in getting his message across to his players.

Emery coined the term “good ebening” which became a running joke off the pitch.

But the Evening Standard claim even some of the players began to mock their boss – and they did not even do it in private.

Following the 1-1 draw against Portuguese side Vitoria Guimareas in the Europa League, some senior stars apparently mimicked their manager’s accent. 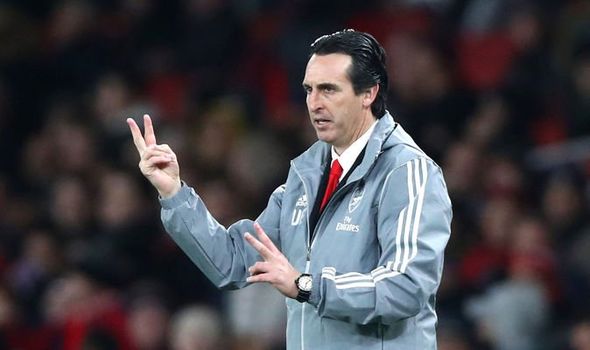 Granit Xhaka was stripped of the captaincy and one player is claimed to have said “How many captains do we have” on the same flight home.

Emery appointed a five-man strong ‘leadership group’ at the start of the campaign and it appears to have not gone down well with the team.

His control of the squad was left in tatters and last night’s 2-1 loss at home to Frankfurt in the Europa League was the final straw.

The mockery soon spread to Arsenal’s London Colney training ground, according to the Evening Standard.

The Gunners announced Emery’s departure in a statement this morning and assistant Freddie Ljungberg will take over on a temporary basis.

“We announce today that the decision has been taken to part company with our head coach Unai Emery and his coaching team,” the statement read.

“Speaking on behalf of the Arsenal board and our owners Kroenke Sports & Entertainment, Josh Kroenke said: ‘Our most sincere thanks go to Unai and his colleagues who were unrelenting in their efforts to get the club back to competing at the level we all expect and demand. We wish Unai and his team nothing but future success.’

“The decision has been taken due to results and performances not being at the level required.

“We have asked Freddie Ljungberg to take responsibility for the first team as interim head coach. We have full confidence in Freddie to take us forward. 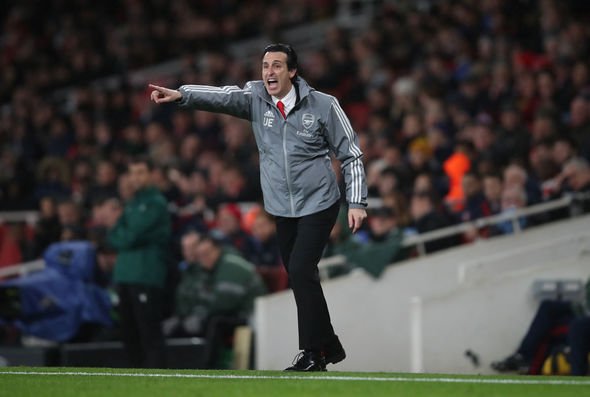 “The search for a new head coach is underway and we will make a further announcement when that process is complete.”

“I said some time ago they should get Allegri on board as quickly as they can,” he told ESPN.

“From Allegri’s point of view it is a step down from where he was and what he did with Juventus.

“I think somebody would have picked him up by now, especially given some of the speculation we have had around big clubs this season.

“If you’re then Allegri you think ‘How long can I stay on the sidelines and my reputation remain in tact and stay top of the pecking order?’

“That’s one for him to answer but Arsenal is still a big club and can offer a lot.

“It is a decision for him to make because it is a big step down.”