Arsenal’s owners do not plan to sell the Premier League club despite the intense backlash following their involvement in the breakaway European Super League, director Josh Kroenke said.

Arsenal were one of six English clubs who signed up for the project before withdrawing amid a storm of protest from fans, players and the British government alongside threats of bans and sanctions from the game’s European and world governing bodies.

Kroenke, whose father Stan Kroenke struck a deal to take full control of Arsenal in 2018, said they had “no intention of selling” and that they believed they were fit to “carry on in our position as custodians” of the club.

“We were put in a very difficult position by forces outside of the club,” he added.

“We have the same plans for summer that we had several weeks ago and I’m still excited about those.

“I might be met with mistrust and scepticism, but over time I hope to establish some sort of relationship with our supporter groups and show them we are capable of taking our club forward.” 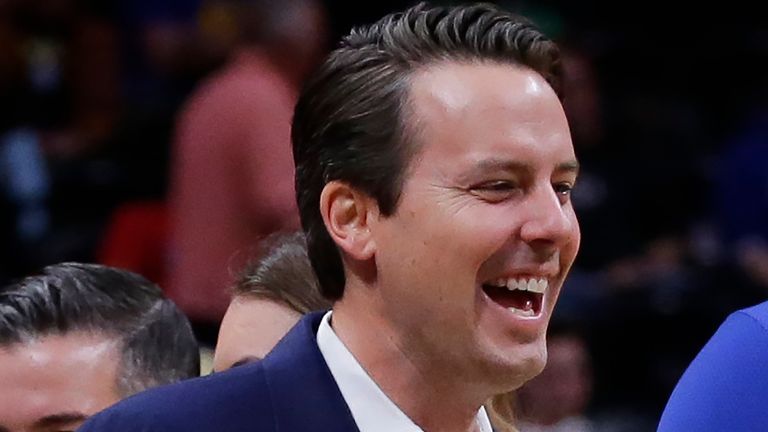 The decision to sign up for the controversial venture was taken to safeguard the future of the club, said Kroenke.

Kroenke said the question of what the fans wanted was one that demanded a “much more complicated answer” than they had time to contemplate.

“From an English fan’s perspective … they want to see more big matches,” he added.

“But as one Chelsea supporter wrote on a sign that I saw online the other day, you still want your cold nights in Stoke.”

Arsenal manager Mikel Arteta said on Thursday Kroenke, chief executive Vinai Venkatesham and other figures at the London club involved in the Super League plan had apologised to the players and himself.

Attempts by the ‘Big Six’ to build bridges with the other 14 Premier League clubs over the Super League have not gone down well, with one chief executive describing Arsenal’s behaviour as “absolutely disgraceful”.

On Thursday, Arsenal chief executive Venkatesham confirmed to a fans’ forum that he telephoned the other 14 clubs to say sorry for the Gunners’ decision to join the Super League.

He admitted Arsenal made a terrible decision and are working hard to rebuild their reputation.

However, he received what can be best described as a lukewarm reaction, with one Premier League chief executive saying Venkatesham made a bad situation worse by apologising and then trying to explain why Arsenal had signed up to the breakaway competition.

Alan Smith has labelled Arsenal’s owners “ignorant” following their involvement in the doomed Super League proposals, but insists he is not surprised by a decision indicative of Stan Kroenke’s distant ownership of the club.

The fact Arsenal were involved came as no surprise to former Gunners striker Smith, who accused Stan Kroenke – majority shareholder since April 2011 – of failing to grasp the European sporting mindset and focusing on figures rather than forging a relationship with supporters.

“I wasn’t surprised Arsenal were involved, given they have an American owner, an absent owner, who rarely says anything regarding the football club,” Smith told Sky Sports.

“There is very little bond between Stan Kroenke and the club. He rarely comes over. His son has a more hands-on connection with the club, but Josh is new to the game, he’s not been brought up around football.

“Kroenke obviously has seen that model work in the States with the NFL, NBA, and along with the Liverpool and Manchester United owners, they have seen how profitable it could be. I don’t think they understand how the European mind thinks about our sporting culture. It was ignorant not to appreciate there would be such a backlash. It beggars belief.

“For Stan, it’s about figures on the page and profits and losses. There is no emotion there. Myself and the majority of Arsenal fans are not surprised he jumped into it, but so did some other clubs. Maybe they had some misgivings and had to be persuaded, but they were persuaded and that’s the damning thing.”

Managers, players, pundits and reporters will look back on how the breakaway Super League rocked football to its very core and what now for Britain’s national game.