Arsenal manager Unai Emery says that he is not concerned by Matteo Guendouzi’s competitive streak that caused him to be sent off and almost cost his side their victory against Blackpool in the League Cup.

Guendouzi was influential in the hour he was on the pitch before he received a second yellow card for a foul on Jordan Thompson in the 55th minute and handed the League One side a lifeline. He will now miss Arsenal’s Premier League match against Liverpool on Saturday.

Paudie O’Connor scored for Blackpool to half the deficit created by Stephan Lichtsteiner and Emile Smith Rowe’s goals either side of half time before getting sent off himself in the closing stages. However, Arsenal held on and face Tottenham in the quarter-final and Emery revealed he will not criticise Guendouzi for getting dismissed.

“He’s playing well, and he’s playing with one thing that is very important, with spirit and competitiveness,” Emery said of the 19-year-old. 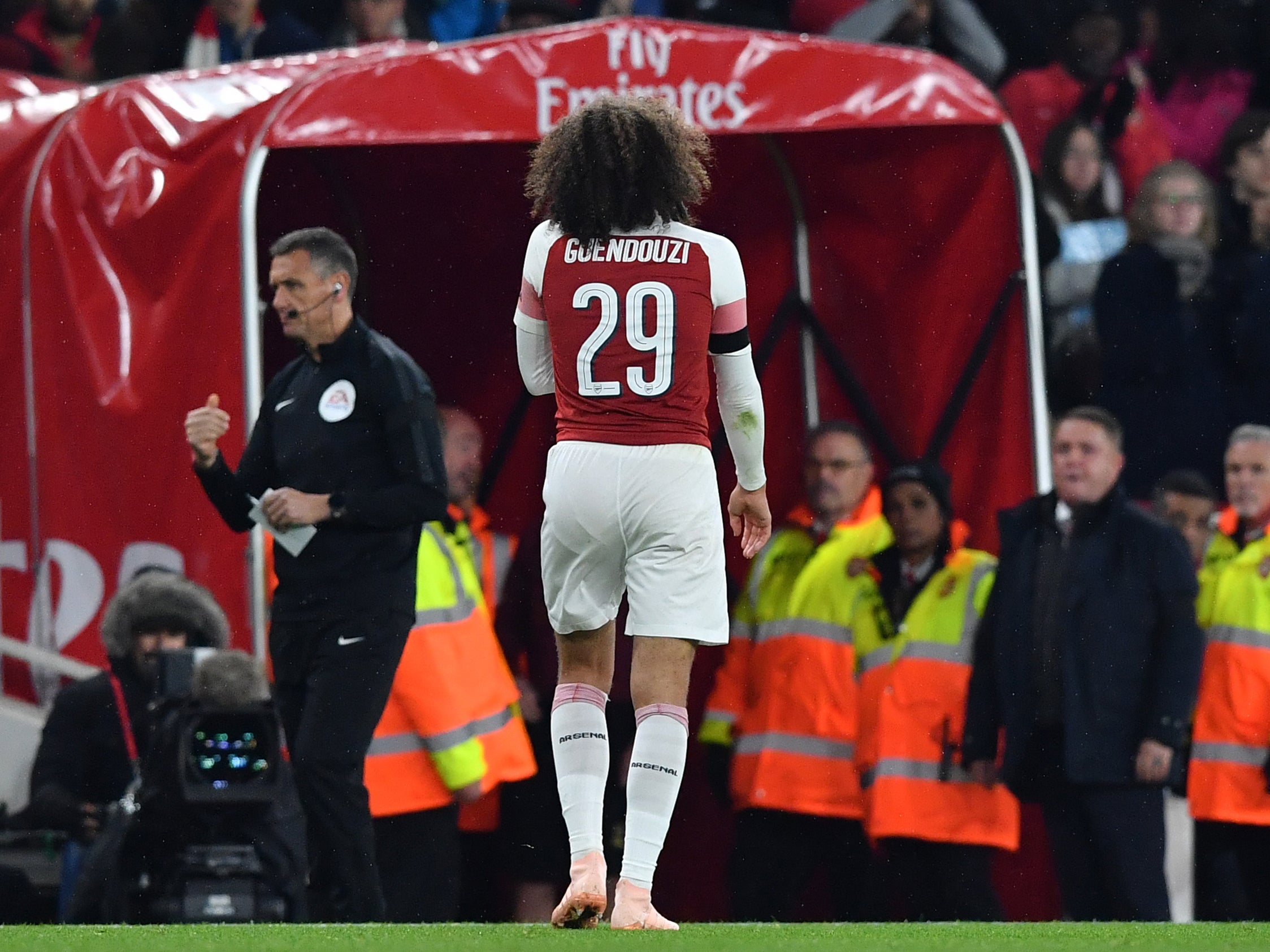 “I don’t know if it’s experience. I think he’s playing with the spirit that I want. Today and in every match. We spoke in the dressing room at half-time that it was very important with control, but I don’t think he lost control in this action.

“He’s playing the way the action is demanding. And the red card is one circumstance in the game.”

Emery is confident they can sufficiently replace Guendouzi while he serves a one-match suspension against Liverpool.

“We have a lot of players who are looking forward to play and help us,” he said. “And I’m going to prepare with other players and thinking we can have the performance for a big match on Saturday.”

Emery also found himself defending Petr Cech after his footwork nearly gave Blackpool an equaliser when he was tackled in his own area and Nathan Delfouneso put the ball into the net, but was offside.

“It’s better to continue giving him and other players confidence to continue our style, our idea of the game. He has experience and also he can do well, and we are going to continue with this idea.”