Arsenal were reportedly prepared to make Alex Oxlade-Chamberlain their second-highest earner to keep him at the club before he signed for Liverpool. The England international made the £40million deadline day switch to Merseyside in 2017, just four days after playing in a 4-0 defeat against the Reds at Anfield.

Oxlade-Chamberlain returned to the Emirates Stadium on Wednesday night and received a guard of honour before Arsenal ran out 2-1 winners.

While the 26-year-old was not at the top of his game, he will know his decision to leave north London has been justified by his Champions League and Premier League winners medals.

His move to Liverpool came as a surprise towards the end of the summer transfer window nearly three years ago, as the Reds feared losing Philippe Coutinho to Barcelona.

Chelsea were also willing to sign him and had offered him a lucrative contract to move to Stamford Bridge. 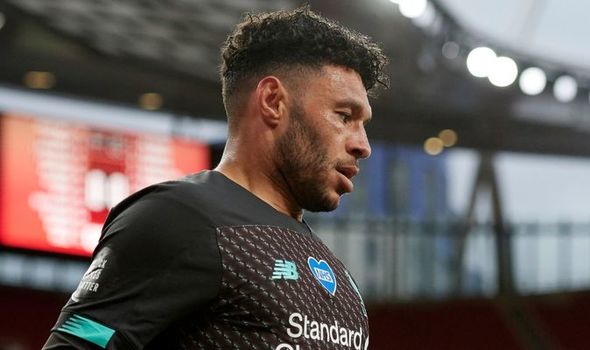 In the end he chose Liverpool but according to The Athletic, Arsenal were desperate to keep hold of the attacking midfielder.

The report states that he was offered £180,000 a week to stay at the club but instead decided to move onto a new challenge.

According to Spotrac, that would have made him the club’s second-highest earner behind Alexandre Lacazette (£182,000 a week).

Instead, Oxlade-Chamberlain turned down the money and wanted to progress his career at Liverpool, where he signed a deal worth £120,000 a week.

Oxlade-Chamberlain recently told Ian Wright that his decision to leave the club was due to the fact he did not get to play in his favoured position.

“I wouldn’t say I wanted to leave Arsenal because I didn’t believe we could win,” he said.

“I just didn’t believe I was going to be able to play where I wanted to play and that was it.

“Me winning the Champions League was obviously a dream come true and a massive bonus but I didn’t feel like ‘Ah, I told you so’ [at Arsenal].” 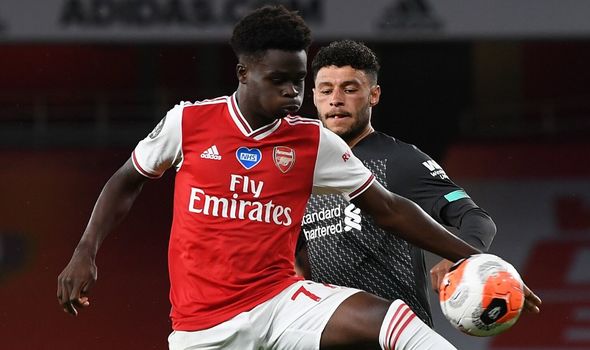 Sky Sports pundit Graeme Souness thinks Oxlade-Chamberlain needs to start showing some consistency if he is to become a regular starter for the Reds.

“I’m a big fan,” Souness said on Sky Sports. “He’s different to what you’d regard as the first three, the first three that generally start who are all working, really aggressive types – [James] Milner, [Georginio] Wijnaldum, [Jordan] Henderson, Fabinho. Whatever mix you have they’re all solid, solid types.

“He’s more of a flair player, he gives them something different.

“When I think of him, he’s been there three years, but he hasn’t really started to get going. That’s what I feel with him.

“He did his cruciate against Roma in the Champions League, it was an unnecessary challenge, he was going back towards his own goal, it was just him showing his enthusiasm.

“I like him, I think he’s got great qualities but I still feel I’m waiting for him to put a run of games together.”