Dani Ceballos decided to turn down other offers and stay at Arsenal because of the bond he has created with the club and fans following his debut season in the Premier League. Ceballos joined the Gunners on loan last summer from Real Madrid and put together a string of impressive performances in north London.

The midfielder won over manager Mikel Arteta who asked the club’s hierarchy to keep hold of him ahead of the upcoming season.

Arsenal announced that they have extended Ceballos’ loan deal and so the Spain international will spend another campaign at the Emirates.

The Spaniard was immensely pleased with this development, even though he had other La Liga clubs knocking on his door, as he has grown close with the team and its fanbase.

Ceballos told Arsenal Digital: “It’s true that I had other options, such as staying at Real Madrid and going back to the Spanish league, where there were teams interested in me.

“I spoke to the coach last year, before the final, and told him that I wanted to stay at Arsenal and win titles.

JUST IN: Robbie Savage predicts where Arsenal and Tottenham will finish in Premier League table 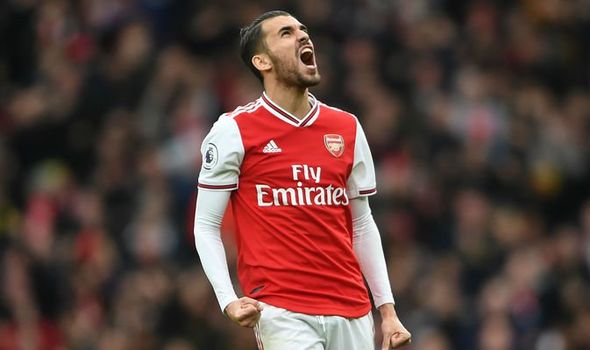 “I’d been really happy with what Mikel had built at the club since he came in. I had a great time at this club last season and there was never any doubt in my mind that I wanted to come back.

“I think everyone will have seen last season that from the moment I joined, I bought into the club completely and always gave 100 per cent both on and off the pitch.

“The fans repaid me for that by showing me a lot of love. When I was at home they were sending me messages asking me to come back and saying that they needed me here.

“I think they’ll be as happy as I am that I’m back and I’m sure we have a great year ahead of us this season.” 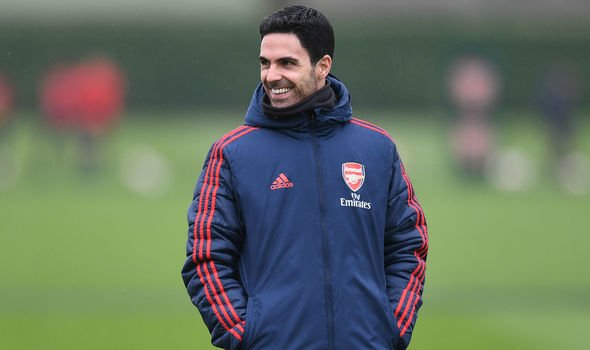 Ceballos has full faith in Arteta’s management after Arsenal’s FA Cup and Community Shield triumph following a difficult start to the season.

The 24-year-old believes the former Manchester City assistant manager is the ” right person” to get the club back in the Champions League.

Ceballos added: “I think everybody can see what Arteta is doing at the club.

“He’s only been here for eight months. There were three competitions we could fight for.

“We got knocked out of the Europa League, unfairly in my view, but then we won the FA Cup and the Community Shield, which were well-deserved titles.

“More than that, though, it’s about what he’s created here – there’s real positive energy in the dressing room, the players are happy and everyone is doing their bit.

“We’re bringing through young players, which I think is really important for this club, because it’s something that’s always been done here.

“Mikel is the right person to get this club back to where it deserves to be, which I believe is in the Champions League, competing against the best teams in Europe.”