Arsenal in training bust-up with David Luiz ‘hitting Dani Ceballos on the nose, knocking him to the floor and drawing blood before both players were sent home and forced to apologise’

News of a fiery altercation at Arsenal training has emerged with David Luiz reportedly hitting team-mate Dani Ceballos in the face, drawing blood from the midfielder.

The Brazilian defender took exception to a tackle from the Spaniard at the end of a squad practice match last week, striking Ceballos on the nose and sending him to the ground.

A report in The Athletic reveals that Ceballos quickly rose to his feet before both players were separated by staff and team-mates – the pair were sent home from training and have since apologised for the spat. 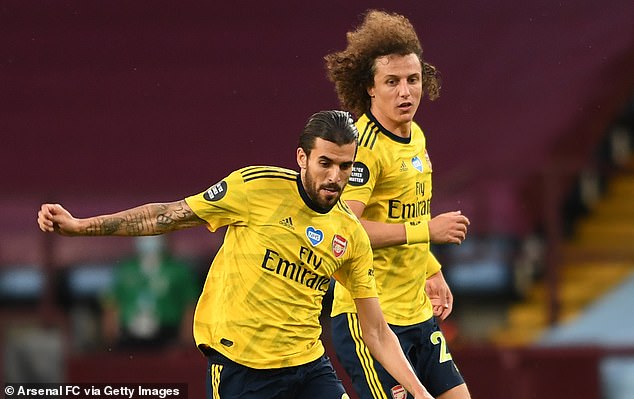