‘Site has crashed more times than our defence!’: Furious Arsenal fans hit out on Twitter after huge demand for £75 retro ‘bruised banana’ shirt CRASHES their website… and adidas are already close to selling out!

Angry Arsenal fans have taken to social media to complain after demand for the club’s retro ‘bruised banana’ shirt caused the club’s website to crash on Wednesday morning.

The famous yellow away jersey, worn for two years between 1991 and 1993, is part of a new retro collection alongside sweaters and tracksuits which recognise the vintage era of clothing from the 1990s.

Supporters flocked to the club’s official website to buy the popular shirt, which is priced at £75, but many customers were left frustrated after being unable to complete their purchase. 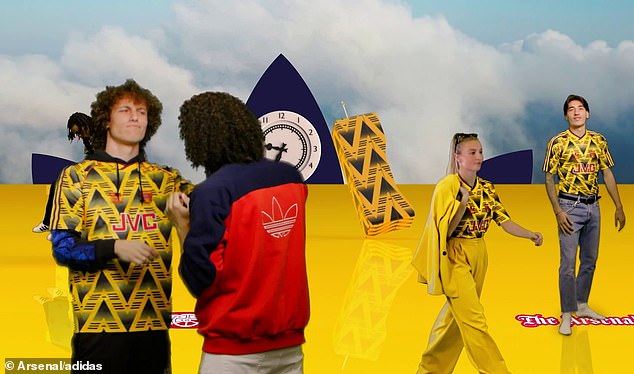 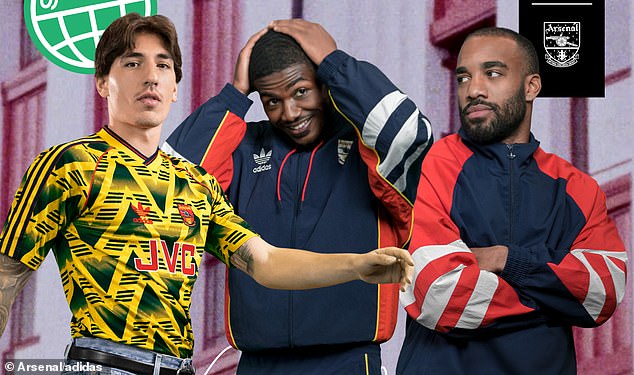 Twitter user @MRJC85 wrote: ‘Worst website ever. Trying to buy the new Adidas Originals shirt. Was on there at 9am. Site has crashed more times than our defence. Now saying out of stock. Thanks. #ADIDASORIGINALS #arsenal #shocking #beselfish.’

@FPL_Thomas8Sites added: ‘An absolute joke at the moment. I’ve spent 20 mins selecting the shirt & then not being able to check out. Ridiculous!’

Replying to a video about the shirt posted by Arsenal, @roper_lewis said: ‘Would be nice if you could get on site and actually order….’

Another Gunners fan, @jordymulholland, wrote: ‘Already sold out on Adidas, be great if your site didn’t crash, if I don’t get this shirt I’m gunna have a meltdown…’ 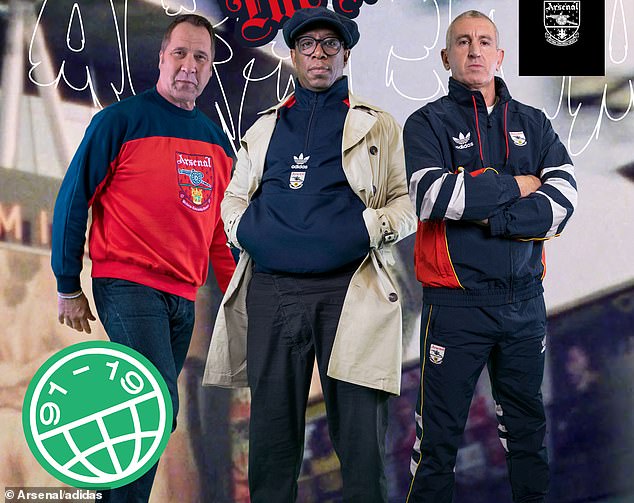 At the time of writing, adidas’ official website were only offering shirts in extra small, with all other sizes seemingly sold out within an hour.

Arsenal’s website, meanwhile, still appears to have stock in every size, but is running extremely slowly as supporters desperately try to get their hands on a shirt.

The Gunners called on players past and present to feature in the photo and video shoot for the launch – Ian Wright, Nigel Winterburn and David Seaman all feature, as do Alexandre Lacazette, Hector Bellerin and David Luiz.

The film has music from the artist Bakar with his single Will you be my yellow, and has prominent members from the men’s and women’s squad showcasing the product. 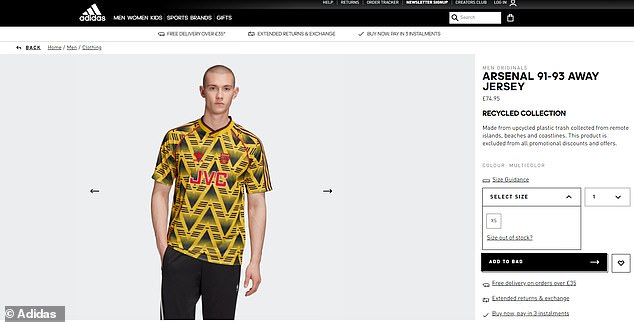 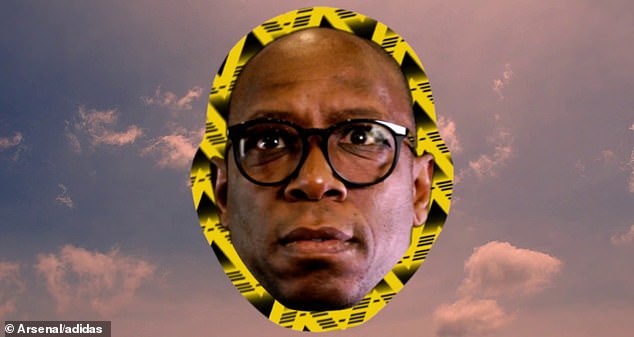 A head-shot of Wright features in the promotional video, with a bruised banana background

The yellow shirt costs £75, and the sweaters and fleeces have a blue and red colour scheme as well as an embroidered Arsenal badge.

Arsenal’s current away strip is also a throwback to the ‘bruised banana’ age – the Gunners won a Premier League match for the first time since October in that kit on Monday, beating West Ham United 3-1 at the London Stadium.

Arsenal legend Ian Wright said of the adidas collection: ‘It’s great to see adidas and Arsenal bringing back some of the iconic designs which were such a big part of my career in the 90s. 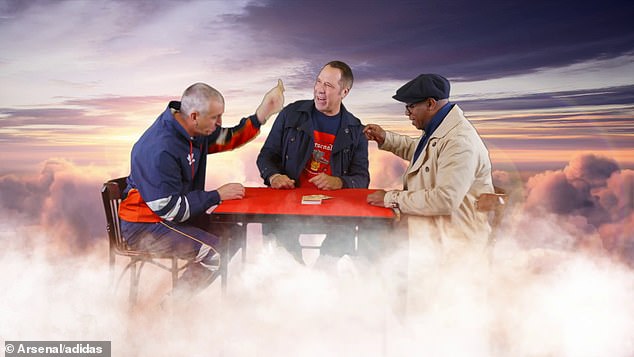 Winterburn, Seaman and Wright pictured in the clothing playing cards around a table 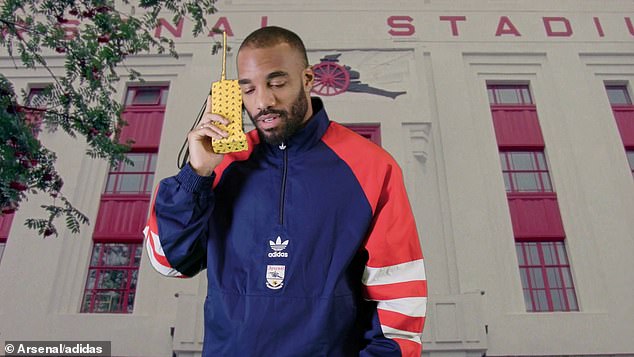 ‘It is probably something a lot of the fans would have been hoping for once the partnership was announced.

‘It made sense for the current away shirt to be inspired by the original bruised banana jersey and likewise to bring the old one back as well for a one off.’

The limited-edition range has been released just over a year after after a deal was agreed between Arsenal and adidas, with the club’s partnership with Puma ending before the current season began.