Arsenal fans produced flares and created a raucous atmosphere outside the Emirates Stadium to welcome their team coach ahead of their Europa League semi-final tie with Villarreal.

Mikel Arteta’s side face Unai Emery’s Villarreal on Thursday night in a crucial last-four clash, trailing 2-1 from the opening leg in Spain last week, meaning they must win the tie to progress to this month’s final.

However, the atmosphere also featured more protest banners against the ownership of Stan Kroenke as the fall-out from the now-botched European Super League project continues. 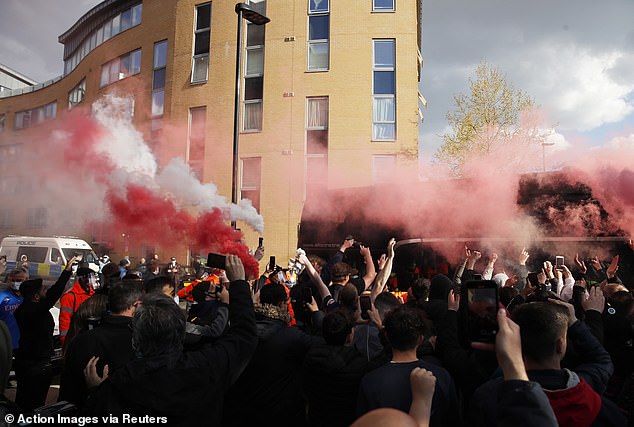 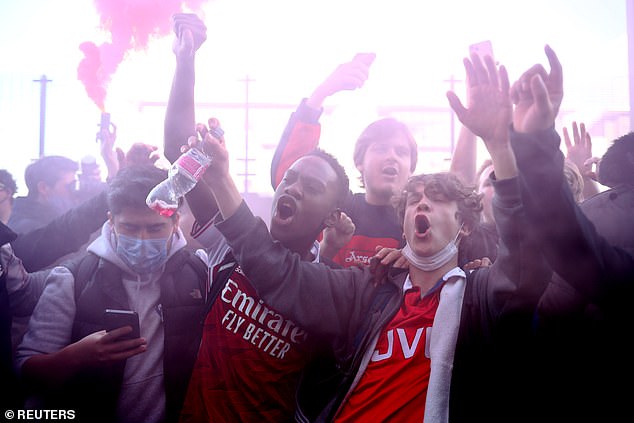 Kroenke, who has been involved in the running of the club since 2011, was one of the main orchestrators of the controversial breakaway league which saw all six of England’s biggest sides pull out of the group 48 hours after signing up.

Arsenal fans protested in their thousands before the Gunners’ league game with Everton on April 23 and continued on Thursday amid Spotify owner Daniel Ek’s plan to bid for Kroenke Sports Entertainment’s Premier League side.

Messages on some of Thursday’s banners included, ‘Kroenke You Mug, Get Out Of Our Club’, ‘We Want Our Arsenal Back’ and ‘We Need Someone Who Gives A S***’ 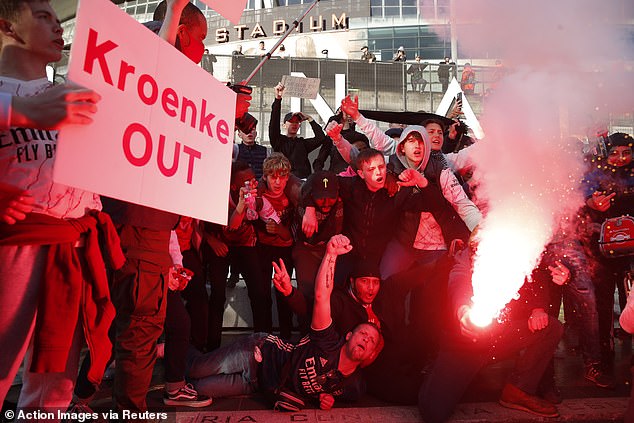 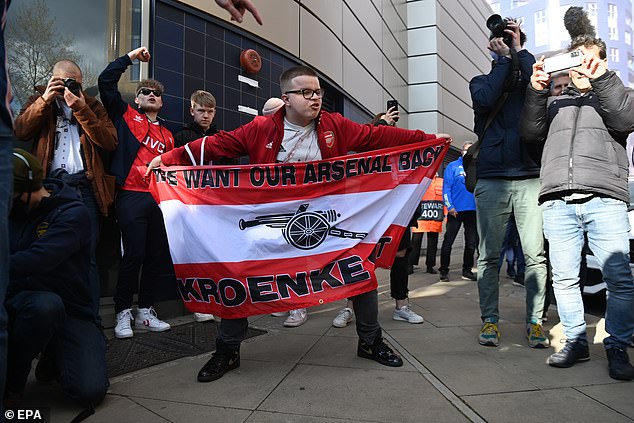 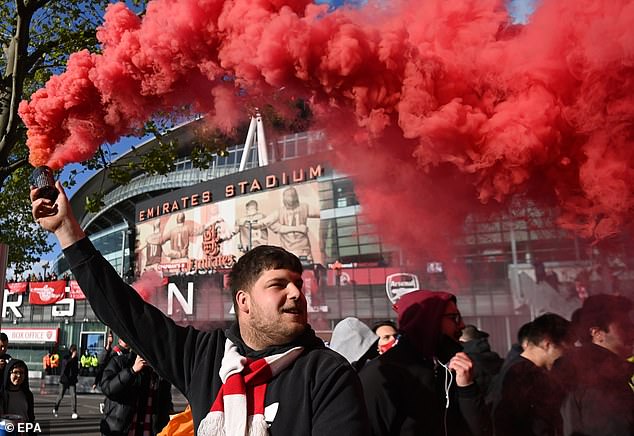 Swedish businessman Ek has brought together Arsenal legends Thierry Henry, Dennis Bergkamp and Patrick Vieira to help him with his bid, with reports claiming the Kroenke are valuing the club at £1.8billion.

The Kroenke issued a statement after the Everton protests that they are not entertaining the idea of selling Arsenal, though it has been revealed the Premier League club have effectively been up for sale for the past two years.

Arsenal all-time record goalscorer Henry claims the Spotify founder, who claims to be an Arsenal supporter, wants to improve the fans’ involvement in the upper echelons of the club. 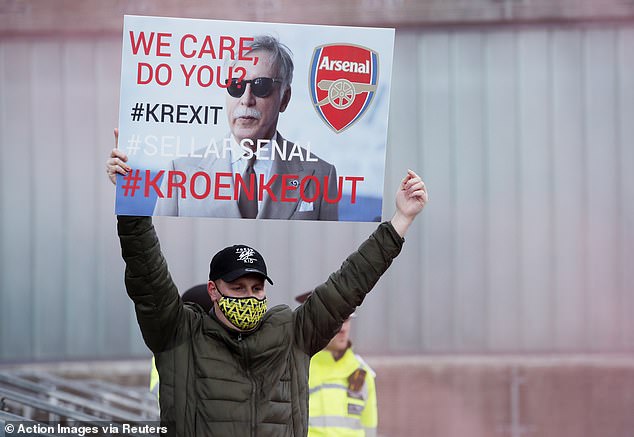 Henry told Sky Sports this week: ‘He approached us, we listened to him. We knew first and foremost that he wanted to involve the fans. Bring them back on board and knowing what’s happening.

‘He wants to re-inject the Arsenal DNA, the identity that for me I think is long gone. You don’t have Arsenal people there amongst the board and sometimes that can make sure it’s going in the right direction.

‘He already reached out, already said himself that he has collected the funds to make sure he can put a good bid, now they need to listen.’ 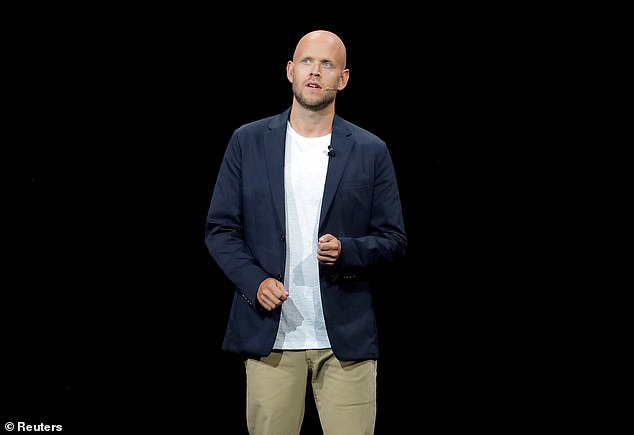 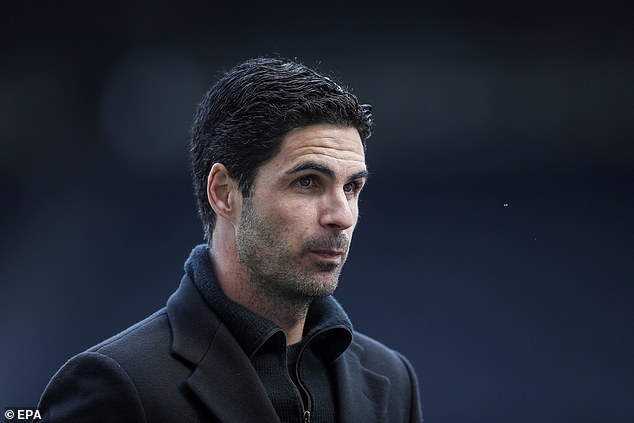 Meanwhile, the atmosphere before the Villarreal match was actually asked for by Arsenal head coach Arteta, who wanted to see fans show their support as the team bus arrived in north London.

Speaking about a potential fan atmosphere on Wednesday, Arteta said: ‘I think that would be great. We’ve been missing them so much. We need them and for the players and the team to feel that they are right behind them supporting them.

‘I think it is the 10th time the club has played a European semi-final, so it’s a big moment for us. Hopefully we can have them closer than we have already in the last few months.’