Arsenal boss Mikel Arteta has personally called Barcelona star Ivan Rakitic in hope of convincing the midfielder to head to the Emirates this summer. Arsenal boss Arteta is hoping to bring in fresh faces now the transfer window is open.

The Gunners’ transfer kitty will be boosted after their FA Cup final win against Chelsea on Saturday night.

The victory booked their place in the Europa League next season, which will see Arsenal receive extra funds to spend on transfers.

And according to French outlet Le10 Sport, Arsenal are hoping to bring Rakitic to north London.

They say Arteta personally called the Croatia international, 32, about heading to the Emirates. 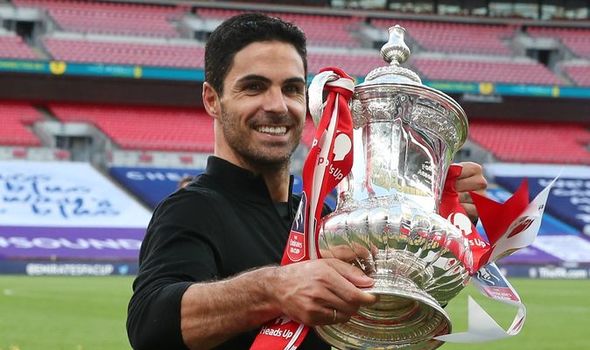 Arteta spoke to Rakitic about how he’d fit in at Arsenal next season.

Rakitic is out of contract next summer and is expected to leave Barcelona in this transfer window.

It will be the final chance for the Spanish giants to receive a sizeable fee for the midfielder.

While Arsenal are hoping to bring in fresh faces this summer, Arteta is also desperate to keep hold of Pierre-Emerick Aubameyang.

DON’T MISS: Arsenal boss Arteta could have made transfer promise to Aubameyang 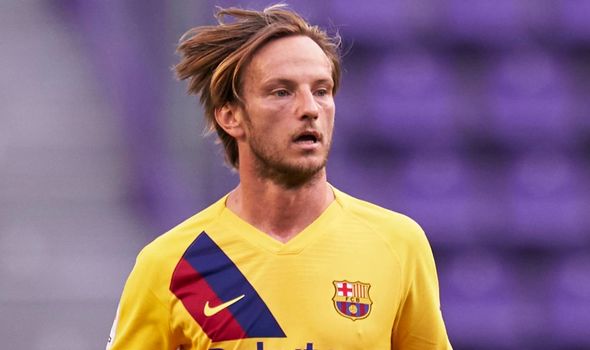 The striker is out of contract next summer and the Gunners could be forced to cash in on their top scorer if he refuses to pen a new deal.

Arteta was asked about Aubameyang’s future after their FA Cup win, where the Gabon international netted a brace, with the Spaniard insisting he’s confident about agreeing a new contract.

“He knows what I think about him. I want to build the squad around him,” Arteta said.

“I think he wants to stay and it is just about getting the deal done.

“He is loved by everybody at the club. Hopefully he can continue with us.

Aubameyang was also asked about his future, with the striker saying: “I’m really not thinking about this.

“I just want to enjoy with the guys and take the trophy now.”

Soccer
Brentford vs Fulham prediction: How will Championship play-off final play out tonight?