Mikel Arteta leapt to the defence of out-of-form Arsenal winger Willian after the Brazilian once again disappointed for the Gunners in their extra-time FA Cup third round win over Newcastle. Emile Smith Rowe and Pierre-Emerick Aubameyang both scored in the second half of extra time to put the holders into the next stage of the competition.

But starting in a No 10 role, Willian was once again virtually anonymous for the home team, with the 32-year-old producing a lethargic display.

Substitute Smith Rowe was the gamechanger for Arsenal with his attack-minded approach, dropping into pockets of space and offering much-needed creativity, a direct contrast to the performance Willian.

The much-maligned summer signing has rarely justified his wages at the Emirates since joining from Chelsea on a free transfer in the summer window.

He has only contributed to one goal in his last 17 appearances across all competitions but amid criticism from all corners, Arteta insisted Arsenal will do their all to eke the best of the South American winger once again.

Yet the Spanish coach also urged Arsenal not to expect too much from Smith Rowe given his young age, with the 20-year-old having only made 44 senior appearances in his career, almost half of which came on loan at Championship side Huddersfield last term. 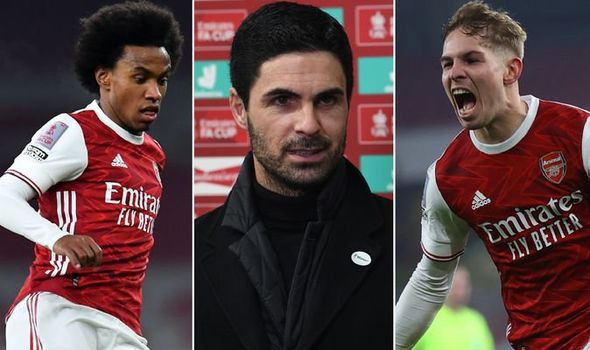 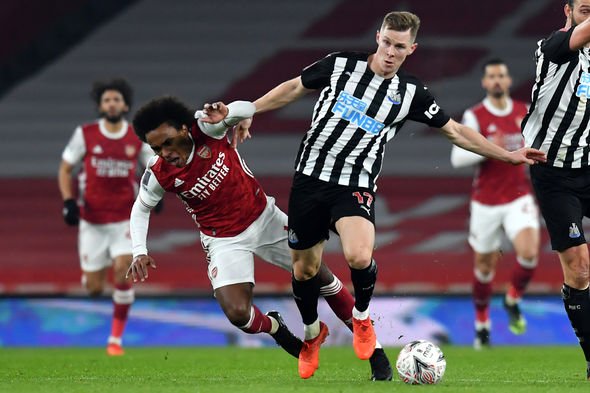 “I think he was improving and improving. The other he day he came on really well against West Brom,” Arteta said of the uninspiring Willian.

“He’s been out as well because he was ill, so he’s missed almost two weeks of training and football and today it was the first time that he started the game.

“He had some good moments and he had some other moments where he needed more help sometimes and some decisions weren’t the best. But we’re gonna keep trying with him.

“He’s showing in training how much he wants it. He’s got some highlights, and it’s about keeping the confidence on him. We know the player that he is and it’s about time to show it.

“I think when the team is winning it’s easier, because it allows you a little bit more time to do that process. 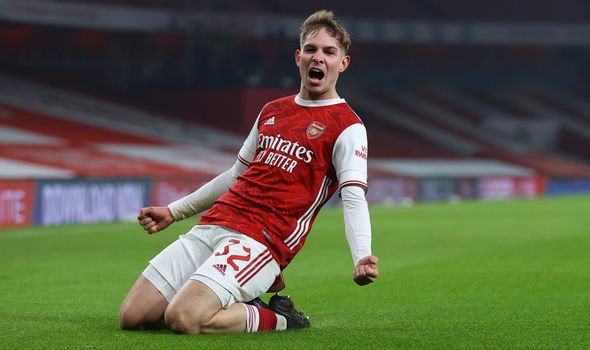 “He needs to build those relationships with those players. Today he played in a slightly different position as well. We will get there.”

While Reiss Nelson and Joe Willock also struggled to make an impact, substitute Smith Rowe delivered a telling impact off the bench with a brilliantly-taken right-footed effort in off the far post.

And speaking of Arsenal’s youngsters, Arteta warned that too much cannot be expected, with Smith Rowe becoming their go-to creator in recent weeks.

Arteta added: “In difficult moments to step in like they’ve done is not easy.

“I think we have a great mixture. We cannot put too much responsibility on them.

“We have to build it slowly because we have the talent, we have the right characters and we have them in different positions as well which is helpful and promising for the future.

On Smith Rowe specifically, the Gunners boss continued: “He’s becoming more and more important in the team and today he showed that again the way he came on. 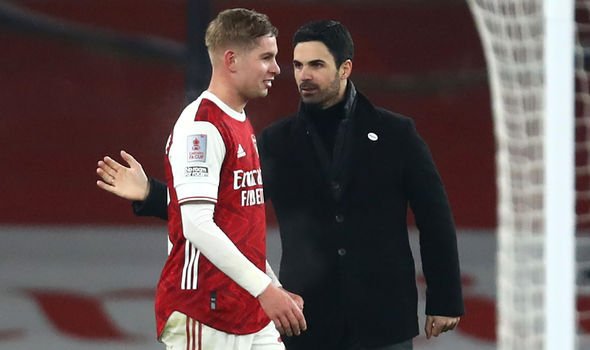 “The personality that he played with. And we asked him to be more in the box to be more a threat in front of goal, and today he scored a really important goal for us.”

The playmaker was shown a red card before a VAR check helped Smith Rowe stay on the pitch, referee Chris Kavanagh seeing that a foul on Sean Longstaff was not as bad as it appeared in real time.

And Arteta said: “I was going mad because when I saw the action on TV I didn’t think that he can get sent off.

“But thank God the regulators decided to get VAR. And today it worked the way it should work so I’m so happy to have that.”

Arsenal return to action on Thursday night looking to make it five wins from five after lifting themselves out of a slump when they welcome Roy Hodgson’s Crystal Palace to the Emirates.