William Saliba is closing in on a return to France after Arsenal agreed a loan deal with Nice. The centre-back is reportedly undergoing a medical this morning and looks set for regular minutes once again back in his homeland.

Things simply haven’t worked out for Saliba so far since his arrival in England.

He completed a £27million move from Saint-Etienne in the summer of 2019 under Unai Emery, before being loaned back to his former club.

Saliba was under the impression he would be part of Mikel Arteta’s plans this season.

The 19-year-old was a regular in pre-season but was then left out of the club’s Premier League and Europa League squad by the Spaniard. 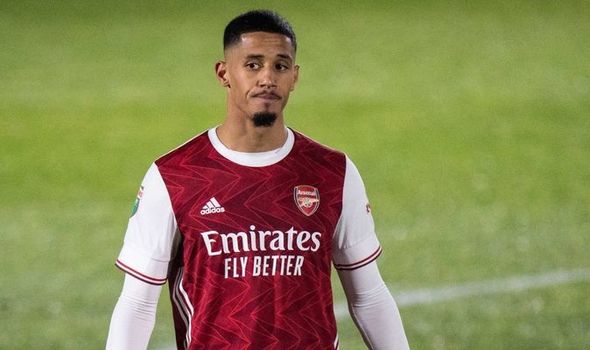 Saint-Etienne, Brentford and Fulham were all keen on taking him on loan on deadline day but an exit failed to materialise.

But now Saliba is set to go out on loan to Nice and according to Nice-Matin, the star is undergoing his medical this morning.

The report also adds that Arsenal have decided against including an option to buy.

It would suggest Saliba is still part of the club’s long-term plans, despite his disappointing start to life in north London.

The French youth international was once again overlooked by Arteta for the 4-1 defeat to Manchester City in the Carabao Cup.

Saliba was illegible for the match but was not included in the squad, even though the Gunners were depleted in defence.

It was another kick in the teeth for the teenager, who has played plenty of football with the club’s under-23s this season.

To make matters worse, he has had to watch former Saint-Etienne centre-back partner Wesley Fofana shine at Leicester.

During their time together in Ligue 1, Saliba was deemed the superior defender.

Gary Lineker took the change to praise the Foxes defender yesterday on Twitter after Leicester’s 2-1 win at Newcastle.

“Not at their best but a great result for @LCFC. Love @Wesley_Fofanaa, superb young player….what a signing,” he wrote.

Back in November, Arteta was quizzed on when Saliba may make his breakthrough into the first-team squad. 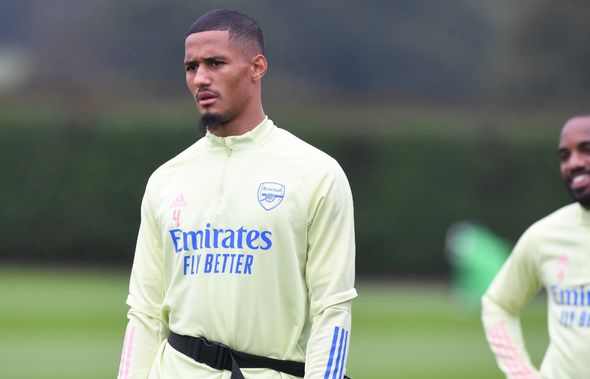 “Whenever we have the spaces and we believe that he’s ready to play with us,” he said.

“To be fair, he’s made massive improvements in the last few months and it’s been a really tricky situation for him.

“As I mentioned before, we designed a pathway for him and there were a lot of things that happened to him in his personal life and professionally as well.”

He then hinted that Saliba could leave on loan in the January transfer window, adding: “It’s something that we are discussing at the moment, what’s the best thing for us to do.

“It will be decided soon.”