Arsenal: Has Arteta found a winning formula for Gunners?

Arsenal star Bukayo Saka has revealed how Mikel Arteta has helped turn the club’s form around in recent weeks. The 4-0 win over West Brom on Saturday night was their third victory in a row in the Premier League with Saka playing a major role.

Arsenal star Saka has opened up over the reason why the club have turned their fortunes around.

The Gunners moved into 12th – six points behind the top four – after their 4-0 win over West Brom on Saturday night at a snowy Hawthorns.

It was their third victory in a row in the Premier League, their best run this campaign, which kicked off with a 3-1 result over Chelsea on Boxing Day.

Saka netted once again, continuing his brilliant form in recent weeks, joining Kieran Tierney and Alexandre Lacazette on the scoresheet. 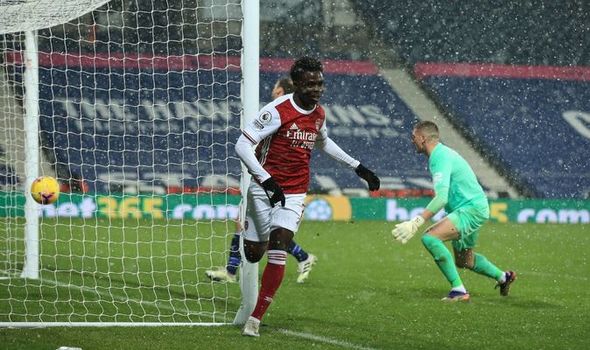 And the England international has revealed why Arsenal are suddenly so good all of the sudden.

He said: “The perfect way to start the new year, we’ve won three in a row so we want to keep building. We’re really happy with the performance.

Saka’s goal was a brilliant team goal, with the 19-year-old trading passes with various Arsenal players before slotting past Sam Johnstone while Tierney opened the scoring after 23 minutes.

“Amazing team goal and luckily I got the tap-in. I love those goals,” he said.

“It was so cold but I was getting so many touches in good positions so I enjoyed the game a lot.

“[Tierney] deserved [his goal], he’s put in amazing performances all year and that was something we’ve never seen before from him, right foot, top corner.”

Arteta had come under mounting pressure in recent weeks after a series of poor performances but has silenced the doubters after a brilliant seven days where his side have won three times. 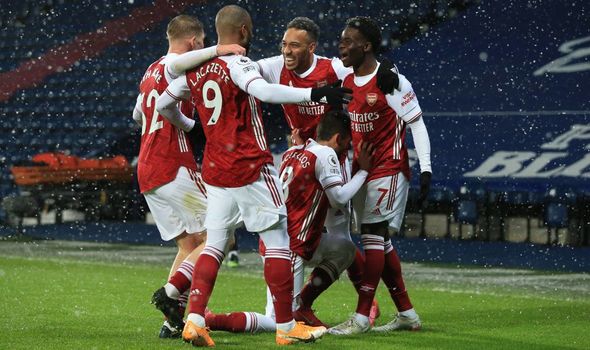 He said: “We had a big week, three games in seven days, and we managed to win them and everything looks much better.

“It was difficult conditions but the team looked sharp from the start. It’s a big win.

“After the results we had before we had to lift things straight away. Now we have got some discipline back.

“We look more creative in the final third and we look solid at the back.”