BREAKING NEWS: Lionel Scaloni names his first Argentina starting XI for the World Cup as Lionel Messi STARTS, with Cristian Romero in the side… but Lisandro Martinez is NOT involved from the off

Argentina’s first starting XI of the Qatar World Cup has been revealed with Lionel Messi involved from the off against Saudi Arabia.

Messi, most likely appearing in his final World Cup, has battled through a pre-tournament injury, having missed the first part of Argentina’s open training on Friday, before working on his own the following session.

The 35-year-old at Argentina’s pre-match press conference insisted he has ‘no issues whatsoever’, however, assuring he was fit to start their Group C clash, with his absence entirely ‘precautionary’. 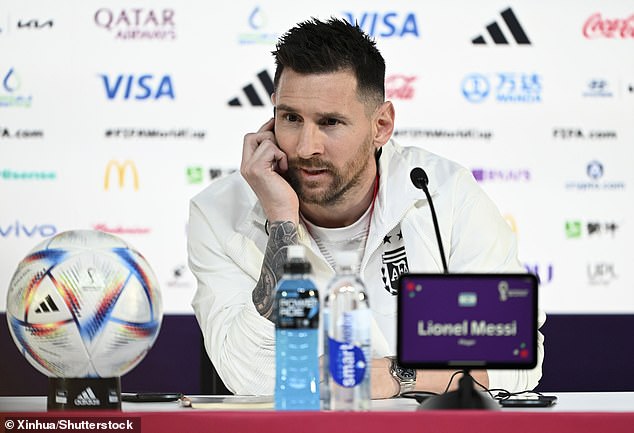 The big surprise is that Lisandro Martinez is not involved from the off, however. The Manchester United defender had been largely expected to start having been in fine form domestically.

Instead, Tottenham defender Cristian Romero – who missed the last four Premier League games before the break due to injury – starts in central defence.

Argentina come into the tournament among the favourites to claim the prestigious prize, after Messi claimed his first piece of international silverware last year with victory over Brazil in the Copa America final.

They qualified for Qatar without even losing a game and they’re undefeated since they lost to rivals Brazil at the 2019 Copa America – some 36 matches.

They are expected to prevail as Group C winners without too much trouble, but they have to beat Saudi Arabia, with tougher games against Poland and Mexico to come.