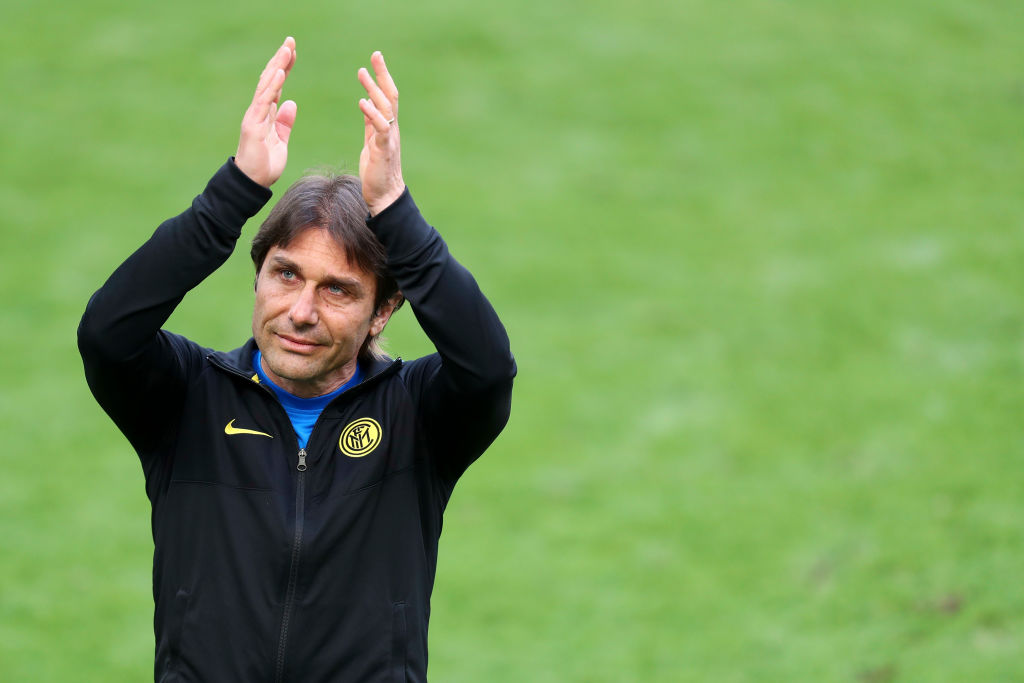 Antonio Conte is keen to take charge at Manchester United but wants assurances that he will be given responsibility over the club’s transfer strategy.

The Italian is a leading candidate to replace Ole Gunnar Solskjaer, who is under huge pressure after United’s 5-0 mauling to rivals Liverpool at Old Trafford on Sunday.

Conte has been out of work since last summer, when he left Inter Milan after guiding the club to the Serie A title.

The Italian is widely regarded as one of the finest coaches in the world but he’s notoriously demanding of his board, and he fell out with the hierarchy at Chelsea and Inter Milan.

United had the opportunity to appoint Conte in 2018 but had reservations over his temperament.

However, the Manchester Evening News say that the Italian is open to moving to Old Trafford and is willing to discuss the job with United’s board.

He is, however, keen to make clear that he wants sole responsibility over the incomings and outgoings at the club.

Conte is said to have reservations about the club’s direction and would not accept the club signing players on his behalf without him giving the green light.

Solskjaer has transformed United’s transfer strategy since replacing Jose Mourinho in 2018 and the club appointed Darren Fletcher as technical director earlier this year to work alongside the Norwegian.

Though Solskjaer has the final say on all comings and goings at the club, he works alongside a handful of influential board members to devise transfer strategy.

Conte fell out with Chelsea’s board after their inability to sign Romelu Lukaku, who joined Manchester United in 2017 for a fee of around £75m.

He was also furious at the club’s refusal to meet Southampton’s £75m asking price for Virgil van Dijk.