‘The choices I make are for the good of Inter’: Antonio Conte defends his decision to leave Christian Eriksen on the bench as the former Chelsea boss promises to create a ‘culture of victory’ at the San Siro

The midfielder joined Conte’s side from Tottenham in January this year for £17.5million, but has found himself restricted to the substitutes bench for the better part of the season.

Eriksen was signed to be the creative centre around which Conte’s midfield, but given the manager’s decision to play a 3-5-2 formation the former Tottenham man has been told he must be ‘functional’ to Inter’s new ‘project’. 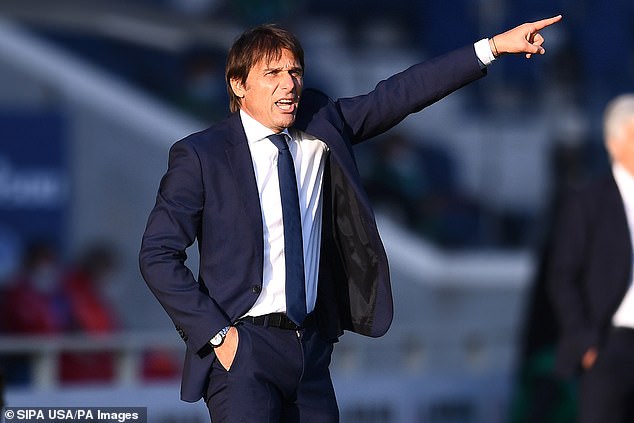 ‘Players must be functional to an idea and a project in order to be competitive at national and international level.

‘The modern footballer must be fast, strong, resistant. I take the technique for granted if you join a club like Inter.’

The former Chelsea boss went on to promise to create a ‘culture of victory’ at the San Siro.

‘I am a hammer, but this is the only way to grow,’ he said. ‘Without a culture of victory, you can never get to success, but that comes through work and discipline.

‘When I leave Inter one day, I hope in the distant future, I am sure of one thing: the Inter I will leave will be better than the one I found, from all points of view. That has always happened in every club I have been to.’ 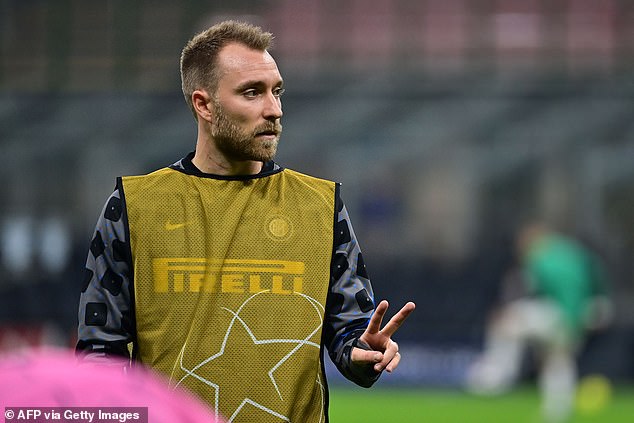 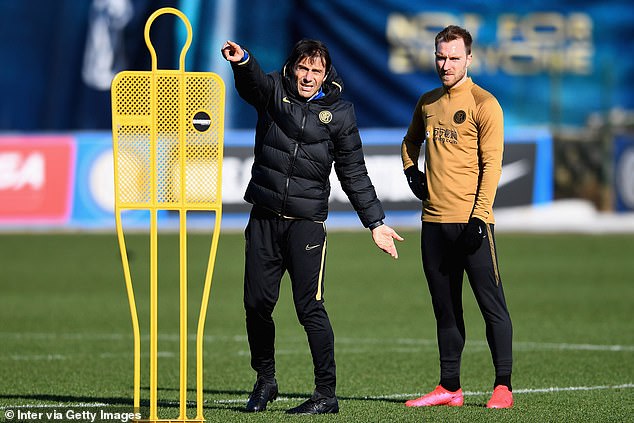 Eriksen’s future at the club remains up in the air after he publicly admitted that the move has not worked out.

The former Tottenham midfielder told Danish broadcaster TV2 Sport that his move to Inter has failed to live up to expectation and that he is disappointed to be sitting on the bench.

He said: ‘This is not what I dreamed of. I think all football players want to play as much as possible. It is never fun to sit on the bench, but the coach decides who plays.’

Eriksen added that not only does he want more pitch time, that the Nerazzurri fans are calling for him to play more.

He added: ‘It is a special situation, people want to see me play and I also want to play. However, the coach has different ideas and I have to respect that as a player.

‘Obviously, mentally it is hard because I am not accustomed to sit on the bench, but now I have had to get used to it. Right now things aren’t going well for Inter, but before , when I wasn’t playing a lot, the team won a lot.’ 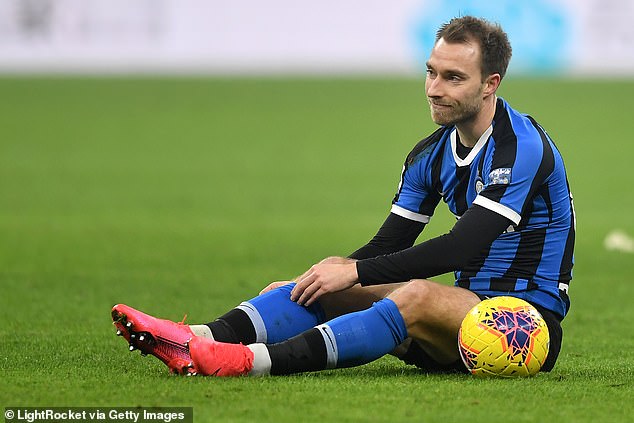