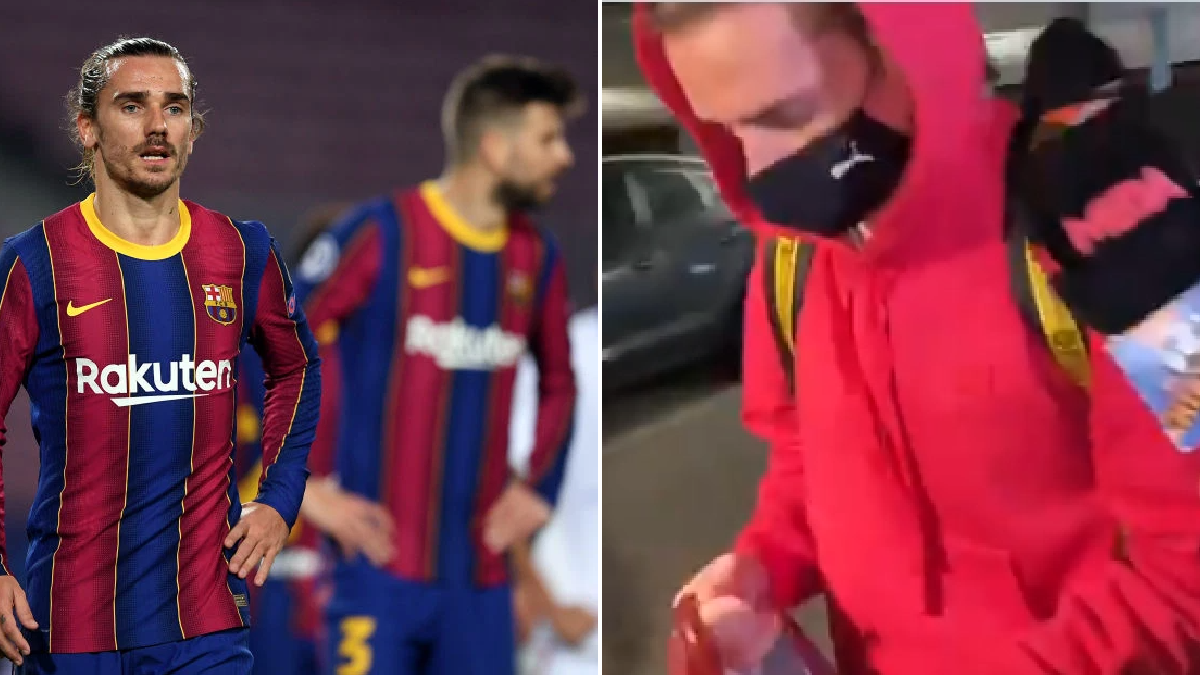 Antoine Griezmann jetted straight out of Barcelona after Tuesday’s Champions League defeat to Paris Saint-Germain having been involved in a heated on-pitch argument with Gerard Pique.

The Catalan giants suffered a heavy 4-1 defeat at home in the first leg of their last-16 clash with PSG despite taking an early lead, with a hat-trick from Kylian Mbappe giving Barca a monumental task to turn the tie around.

Tempers frayed among Barcelona’s players during the match, with pitch-side microphones in the empty Camp Nou clearly picking up an argument between Griezmann and Pique.

With the scores tied at 1-1 in the 39th-minute, PSG got in down Barca’s right flank to win a corner and Pique was absolutely livid with his teammates, with Griezmann taking the brunt of his criticism.

The defender, just back from injury, was unhappy with how badly Barcelona were keeping possession and sounded off, though Griezmann reacted angrily to the criticism and bit back.

‘Not one f***ing long spell of possession, for f*** sake. F***ing hell! Come on,’ yelled Pique after the corner had been awarded.

‘Relax! Stop yelling! Your mother’s ****,’ replied Griezmann, who might have wished he’d not responded.