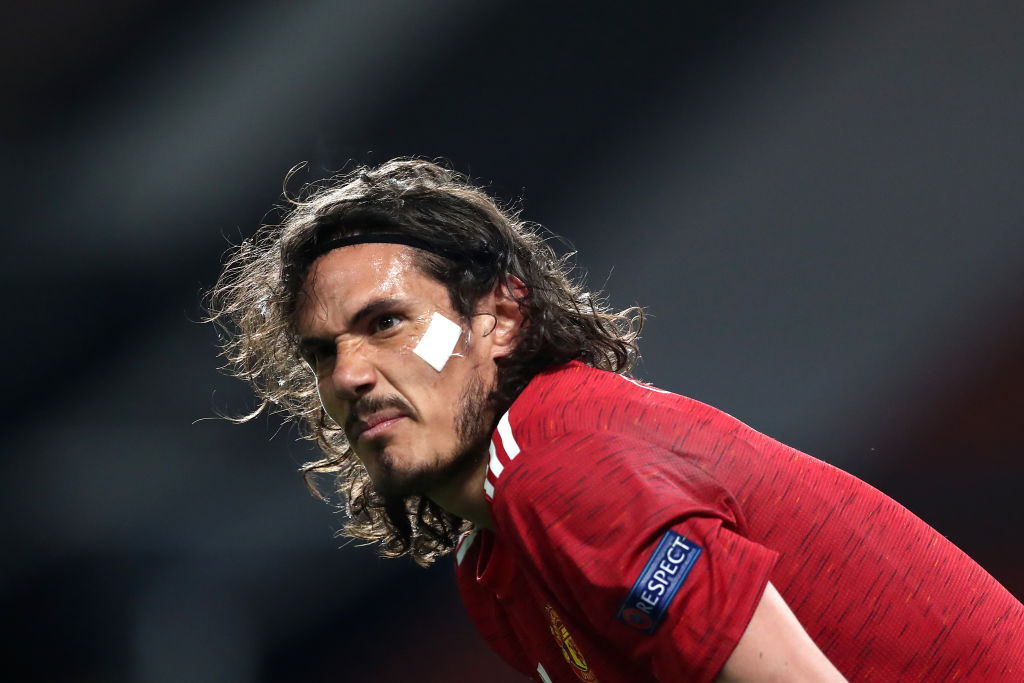 Andy Cole says he would be ‘really happy’ to see Edinson Cavani extend his stay with Manchester United and believes the veteran striker has had a ‘brilliant’ debut season at Old Trafford.

Eyebrows were raised when the Red Devils brought in Cavani, 34, on a free transfer given the forward’s age and the fact he had gone over six months without making a single first-team appearance for Paris Saint-Germain.

However, Cavani has proven his doubters wrong with 12 goals and five assists in all competitions and United have been in talks to secure a new contract for the Uruguay international, with his current deal due to expire at the end of June.

Cavani was initially reluctant and had looked destined to return to his native South America, with Boca Juniors heavily linked, but the latest reports suggest the attacker has had a change of heart and will remain at United for another year.

An official announcement is expected over the coming days and legendary ex-United star Cole has welcomed the news.

‘I’d be really happy to see him stay. If you look at his performances for Manchester United so far they have been brilliant,’ Cole told Sky Sports.

‘At 34, you see the goals he’s getting and when he does play Manchester United have that pivotal man up front.

‘They know they can play through him with his hold-up play. Watch the goal he got in midweek against Roma, his link-up play there was fantastic with how he slipped Bruno [Fernandes] in.

‘This for me personally shows that Manchester United need an out-and-out No.9 and if he stays I think it would be great for the club.’

Cole admits there were question marks when Cavani signed but feels the Uruguayan has proven himself to be a valuable addition to Ole Gunnar Solskjaer’s squad and the perfect stop-gap up front.

‘You do get to that stage where you’re going to question someone’s age.

‘But once you brought him in you know what you’re going to get. If you can keep him fit which they have done then he’s going to get you goals.

‘This gives Manchester United the opportunity that if he stays there for another year then they can look further ahead and say, “Next year this is who we’re going to try and bring in”.

‘But until then we’ve got this fella who can score goals and it’s as simple as that for them.’