Everton midfielder Andre Gomes was part of a touching moment during an event for the club’s official charity on Wednesday.

The summer signing from Barcelona made an impressive start to his time at Goodison Park by starring on debut in the win over Crystal Palace on Sunday, but has now also made his mark off the field too.

Joining the rest of his team-mates at the club’s Finch Farm training base for the Everton in the Community (EITC) event, Gomes was captured hugging a young supporter with Down syndrome. 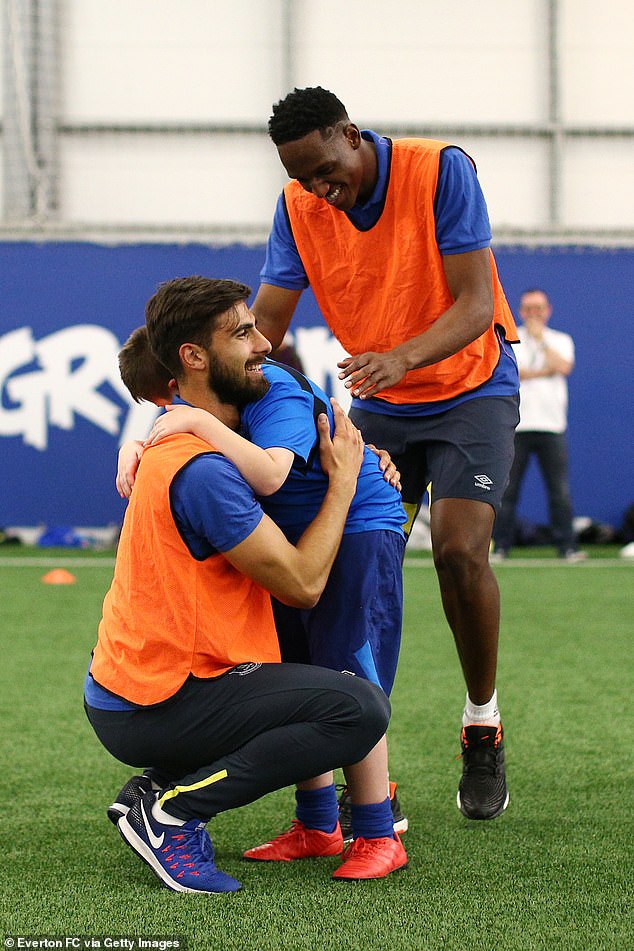 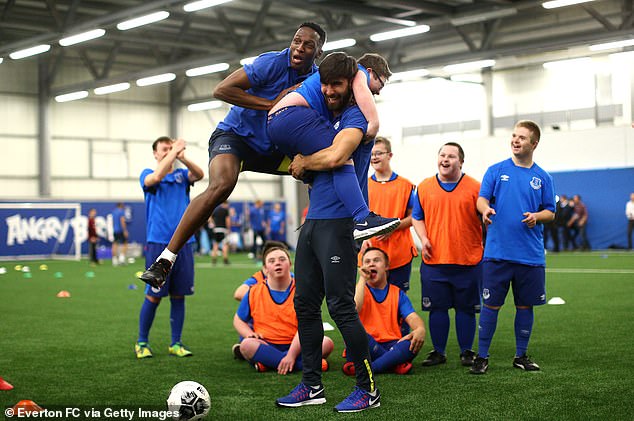 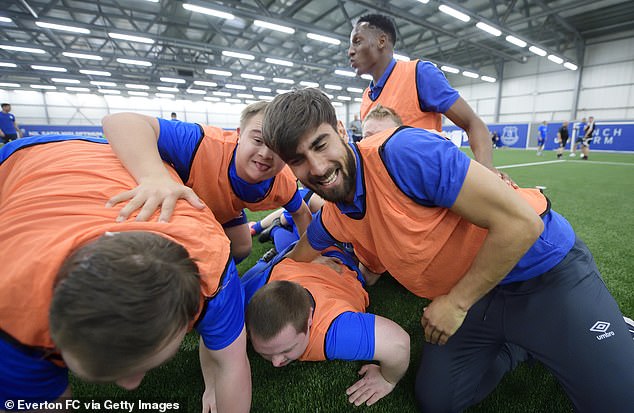 An annual event, this was the first time the showcase was attended by the whole Everton squad

When it all got a bit too much, Andre Gomes was there to help.

The tender moment, which was later included in a video of the highlights from the day, served as a reminder of the role footballing stars can play in the everyday lives of supporters.

With the aim of highlighting the work that EITC engages in on a daily basis, the Showcase was also attended by manager Marco Silva and director of football Marcel Brands.

Silva and Brands both played an active role in the day, spending time at five different activity stations as well as meeting participants and finding out more about EITC’s programmes. 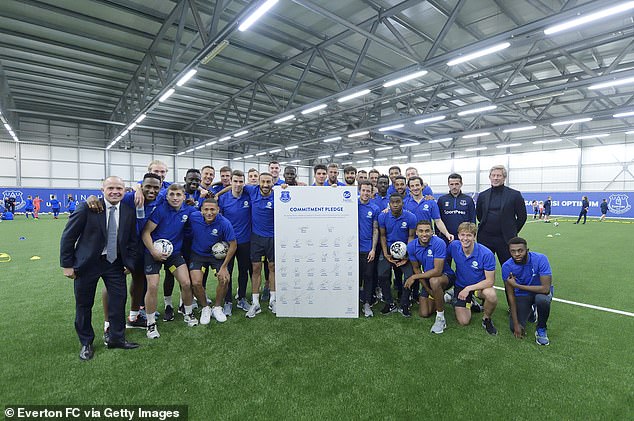 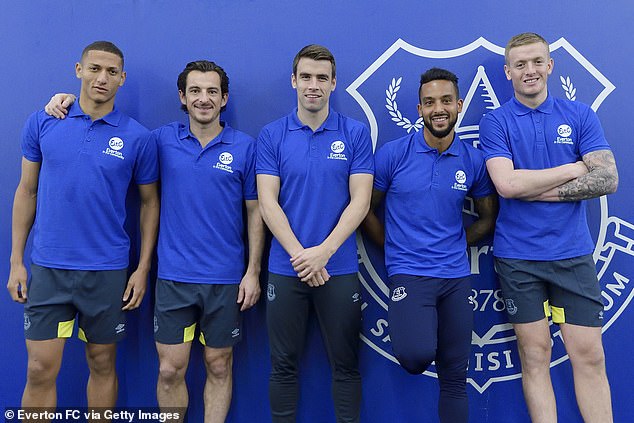 ? | What a day for our participants – to spend time with our entire first-team squad! #EITC

Safe to say there was some healthy competition as well! ? pic.twitter.com/cCraxvuukJ

And speaking after the event, Silva heralded the family emphasis of Everton as a club as well as highlighting the importance of EITC’s work in the local area.

‘From the first day I was here, I felt this club was a family,’ said Silva. ‘This connection is important and something we want to build.

‘It is really impressive how our club can support our community. It is a pleasure for the staff and players to be part of this afternoon.

‘It is important for the players, too, they understand and enjoy how the Club wants to support the community.’

With the likes of Richarlison, Yerry Mina and England international Yerry Mina also in attendance, participants at the showcase were afforded the opportunity to meet and play football with their heroes. 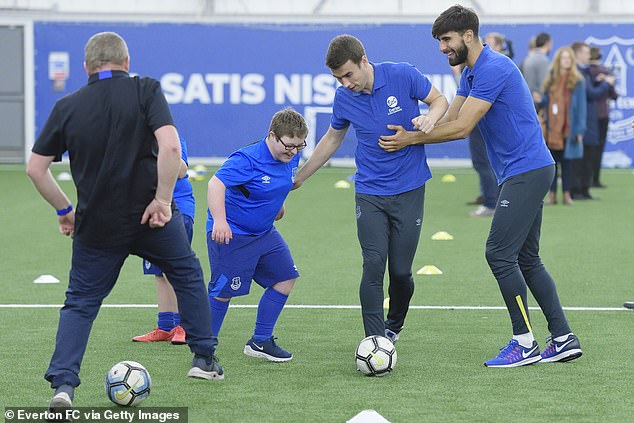 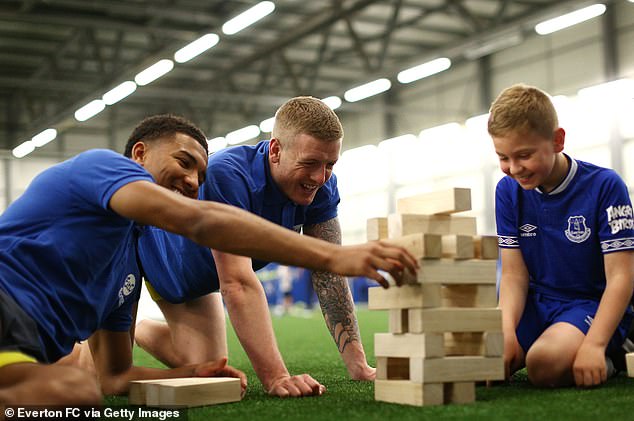 WHAT IS EVERTON IN THE COMMUNITY?

Everton in the Community (EITC) is the club’s official charity.

Established in 1988, EITC aims to tackle social issues across Merseyside.

The charity’s work is vast and includes help with routes into education, training and employment, steering young people away from crime, and mental health services.

Gomes and Everton stalwart Seamus Coleman could be seen kicking a ball around with some of the youngsters, while Pickford and Mason Holgate played popular game Jenga with another fan.

At the end of the afternoon, the Everton squad and Silva all pledged their ongoing support to the charity by signing a commitment pledge.

Established in 1988, EITC aims to tackle social issues across Merseyside.

The charity’s work is vast and includes help with routes into education, training and employment, steering young people away from crime and mental health services. 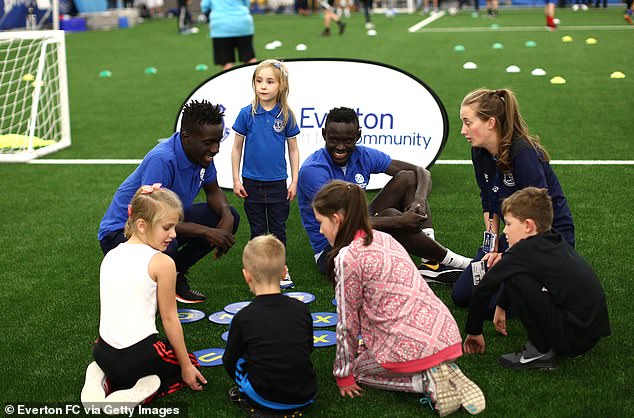