Shortly after half an hour, the ball was put on a plate for Ross Barkley to curl a shot from 20 yards, and Stamford Bridge held its breath. The conditions were perfect for a top-corner finish.

Instead, the England international ballooned his effort up and into the Shed End, finding a flight of stairs and possibly knocking a poor soul’s pie out of his hand below.

So this was not the best of days for Barkley and it did not show how the 24-year-old has come of age at Chelsea. The challenge now is for him to dust himself off and go again. 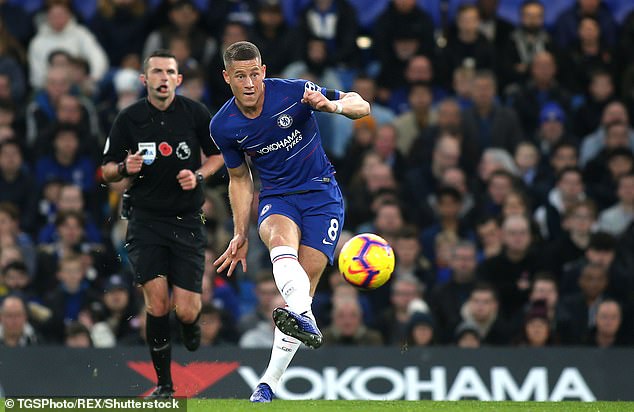 The midfielder has blossomed under Maurizio Sarri and went into this having got goals in each of his last three Premier League games. That shot into the stands was as close as he came to making it four.

After an hour, Sarri had seen enough. He hauled the former Everton starlet off and brought on Mateo Kovacic, before Chelsea scored twice in the subsequent five minutes to confirm their 3-1 win.

Barkley is no kid anymore. He knows if he is to make the cut at Chelsea, consistency is a must.

Still, the midfielder also knows that in his new Italian coach, he at least has an ally. 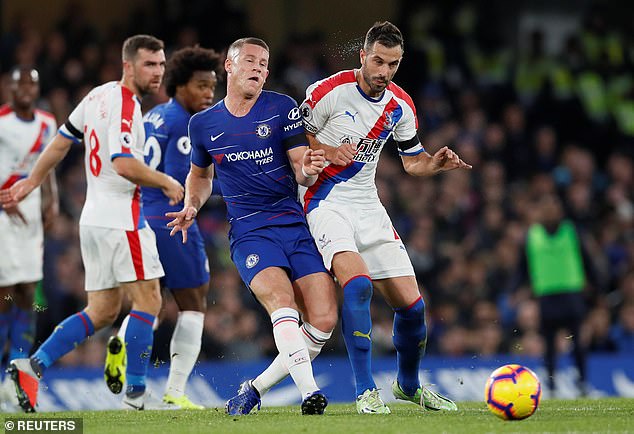 That was certainly not the case under the old one. This season has been a world away from that of the last one under Antonio Conte.

Barkley signed for Chelsea for £15million and went on to make four appearances in 2017-18, including two starts and not a single 90 minutes. One particular low point during that disastrous campaign came in the Carabao Cup in January – his debut for the west London club.

‘It’s not simple,’ Conte said after Chelsea’s loss to Arsenal in that competition at the Emirates Stadium. ‘Especially when on the bench the only substitute is Ross Barkley.’ 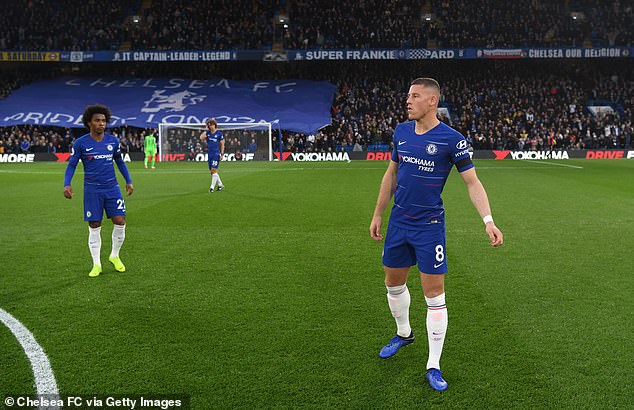 That hurt. Barkley was only 14 years old when Chelsea first started to hold an interest in him. When they finally signed their long-time transfer target, Conte did little to make him feel welcome.

Sarri has had an opposite effect. Barkley seems a different player, one with the mental strength to realise he can have an off performance every now and then. This was simply a bad day at the office.

Two years ago on this weekend, in early November 2016, Barkley was part of an Everton team that were humiliated 5-0 by Chelsea at Stamford Bridge.

He has come a long way in that time and is still learning, with his best years ahead of him. With Sarri’s help, he can continue to grow.