The boy who would be king: A look inside the late Diego Maradona’s family photo album… including his days as a child prodigy, posing with Freddie Mercury and taking his kids to meet Mickey Mouse!

Diego Maradona stands with his hands on his hips, the long-sleeved shirt bearing two long stripes tucked into his white shorts. The striped shirt is not yet the colours of Argentina, the one in which he would lift the World Cup above his head as his team-mates hauled their hero to the skies, to move him even closer to the gods.

He’s only a boy. A block of hair on top of a head that bears the face of innocence. Maradona is bearing the shirt of Los Cebollitas, or the Little Onions, the youth team of Argentinos Juniors, the sports club based in La Paternal, Buenos Aires.

He was not yet Maradona, the superstar known by one name alone, a blurred haze of greatness and drug-fuelled chaos, but just little Diego. The boy who would be king. 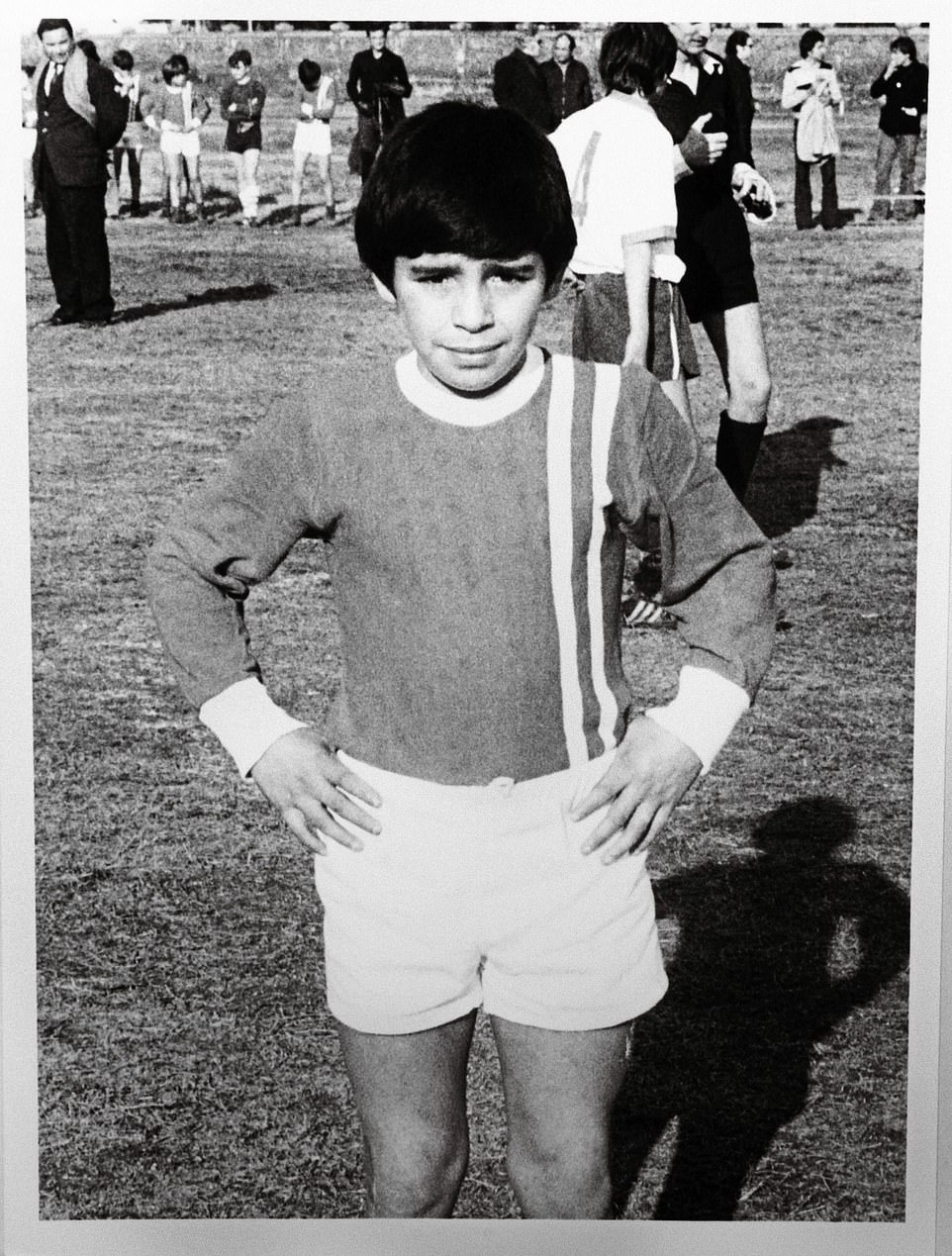 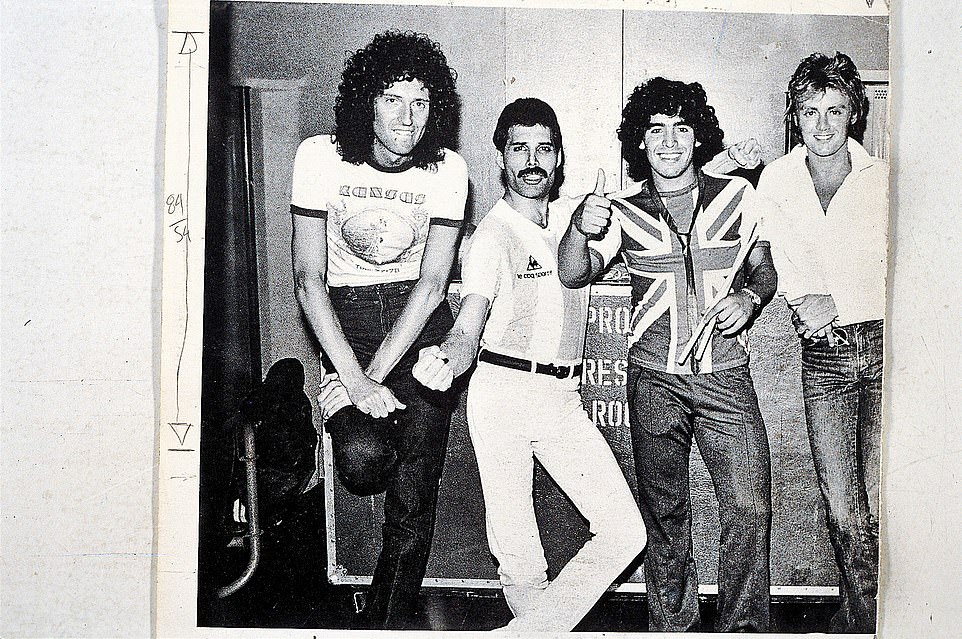 Even then he possessed a force that pulled others toward him, the spark of genius out of which the player many believe the greatest ever to play the game would form.

‘The first day there were three of us watching,’ recounts Rodolfo Fernandez, an Argentinos Juniors fan. ‘The second day 10, the third day 20. All to watch this boy and how he played.’

In November last year, it had become thousands who flocked to the streets of Buenos Aires, this time to mourn the death of Maradona aged 60.

They shed tears, cried out, laid flowers and lit candles. 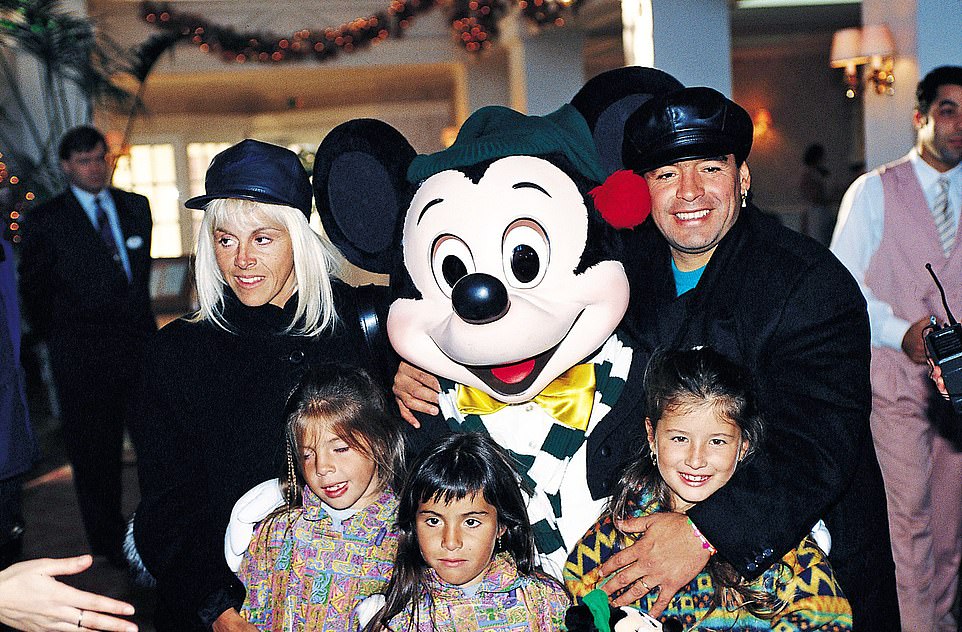 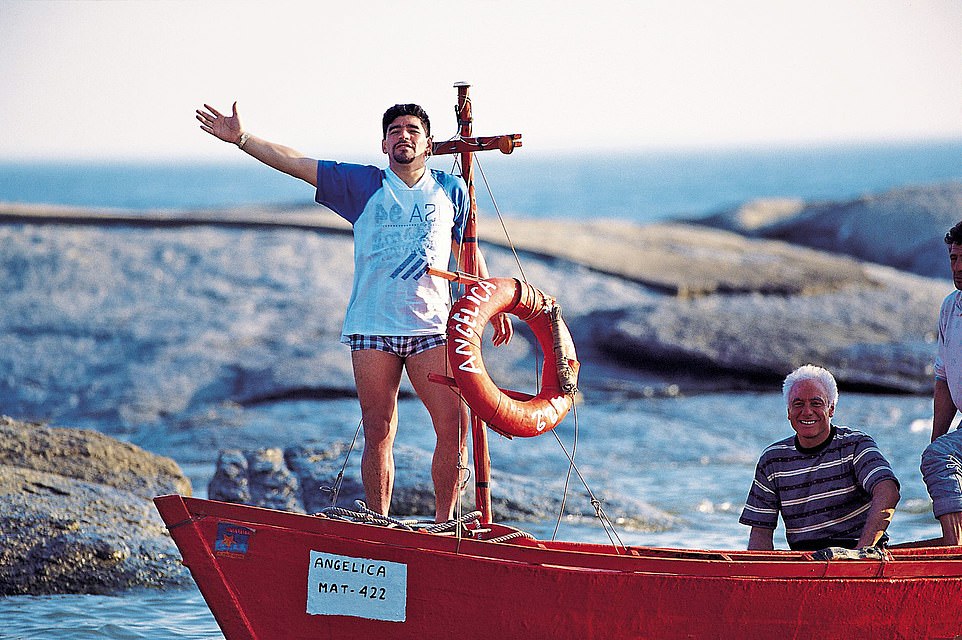 His image adorned the front pages of newspapers across the world, all of them packed with tributes.

At Napoli, they renamed the stadium after him, to honour the man who brought the club such frenzied success and gave their rundown city an idol.

And, in a special new book released next month, Maradona’s life will be celebrated once more. The Mail on Sunday has been given exclusive access to the Maradona family photo album and can reveal previously unseen pictures. 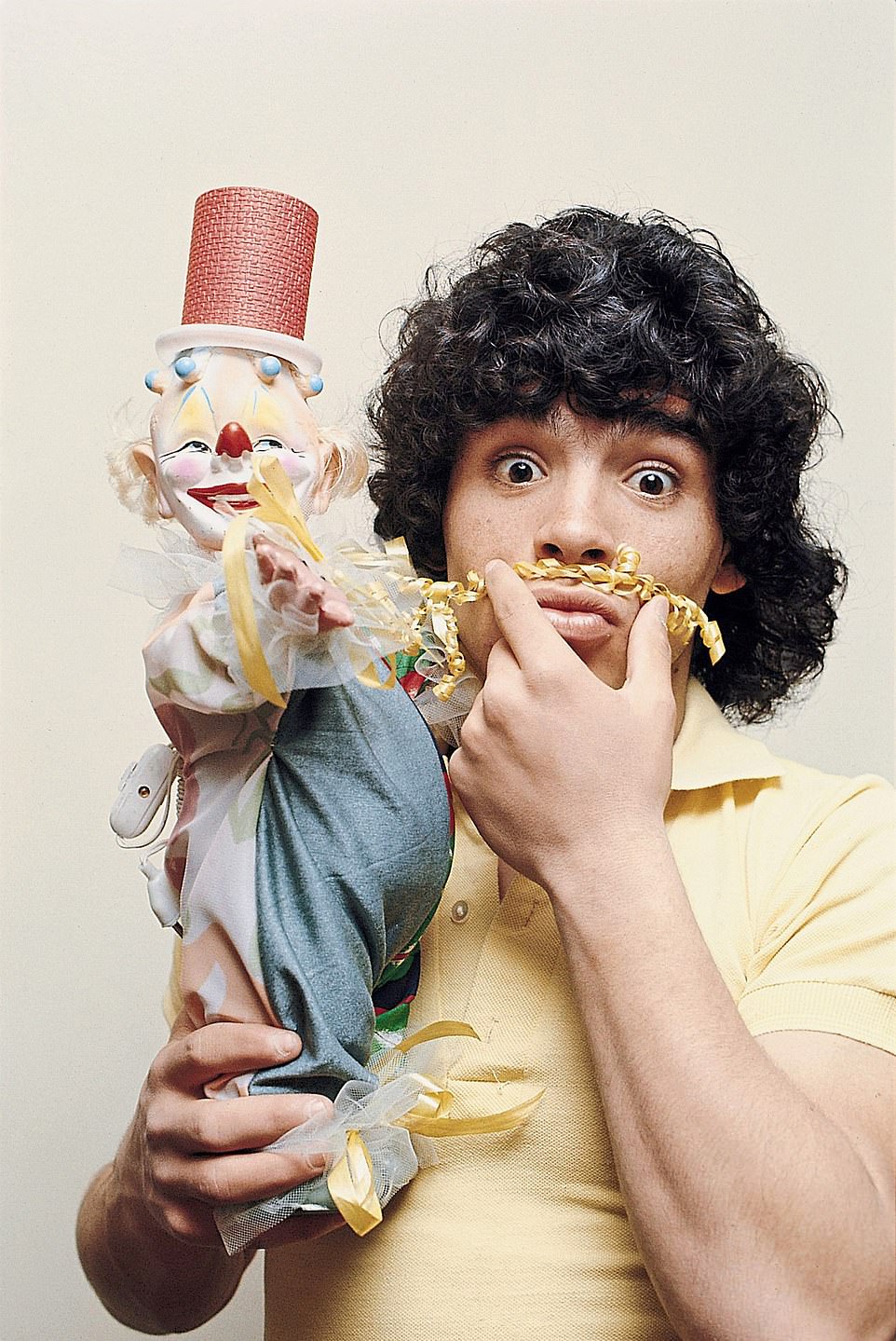 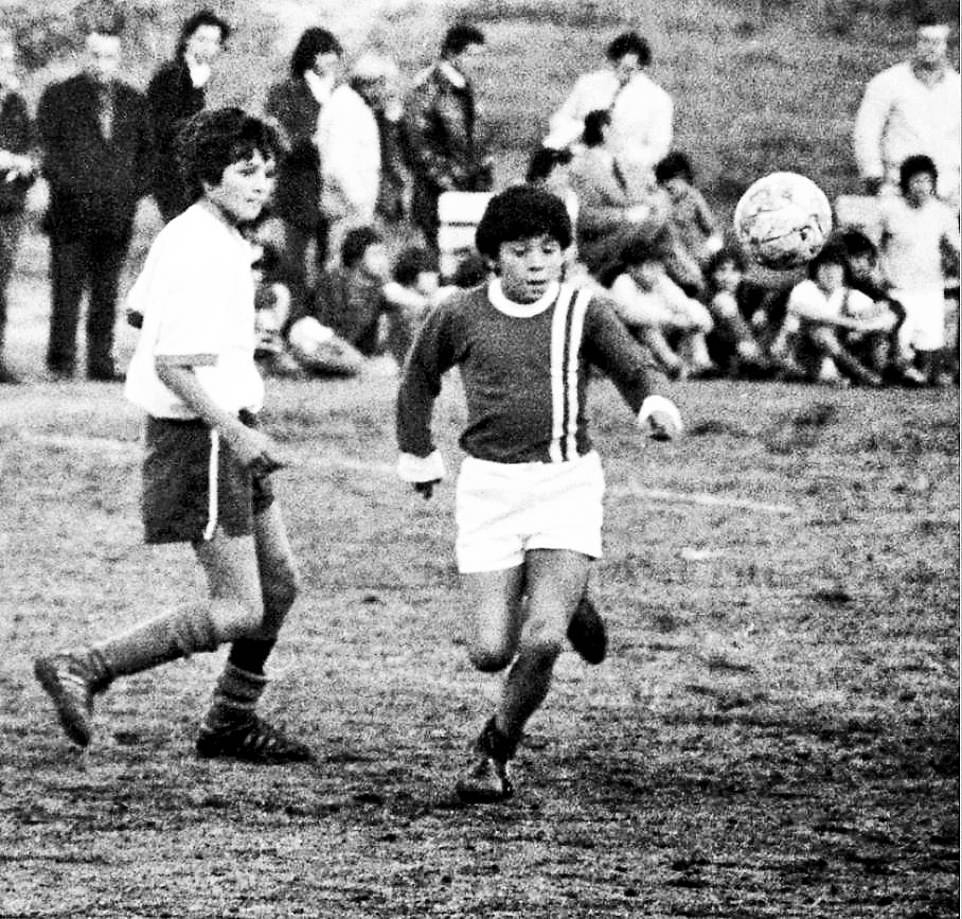 Right from the very beginning through all that went on during his turbulent life, every detail made Maradona the idol that he is

From his childhood days as a Little Onion to becoming the superstar who many believe to be the greatest of his time and everything that came in between — the success, the adoration, the charisma, the drugs and the chaos.

All intertwined, all playing their part. Could any have lived without the other? A boy born and raised in a shanty town outside Buenos Aires. The superstar of Naples, who lifted a downtrodden city mocked by its neighbours to become kings of Italy, yet found himself trapped in the clutches of the Camorra, the Neapolitan mafia.

The way he single-handedly, in more ways than one, took Argentina to the World Cup in 1986. It is a life and a career without equal. ‘A good father and the best player ever,’ is how Maradona said he wanted to be remembered. Many believe he is the greatest. Maradona thought he could have been even better.

‘What a great player I could have been if I’d taken care of myself,’ he says in an interview in the new book, The Maradona Opus, which comes in a hand-made presentation box and weighs in at 35 pounds with large pages of 24 x 16 inches. 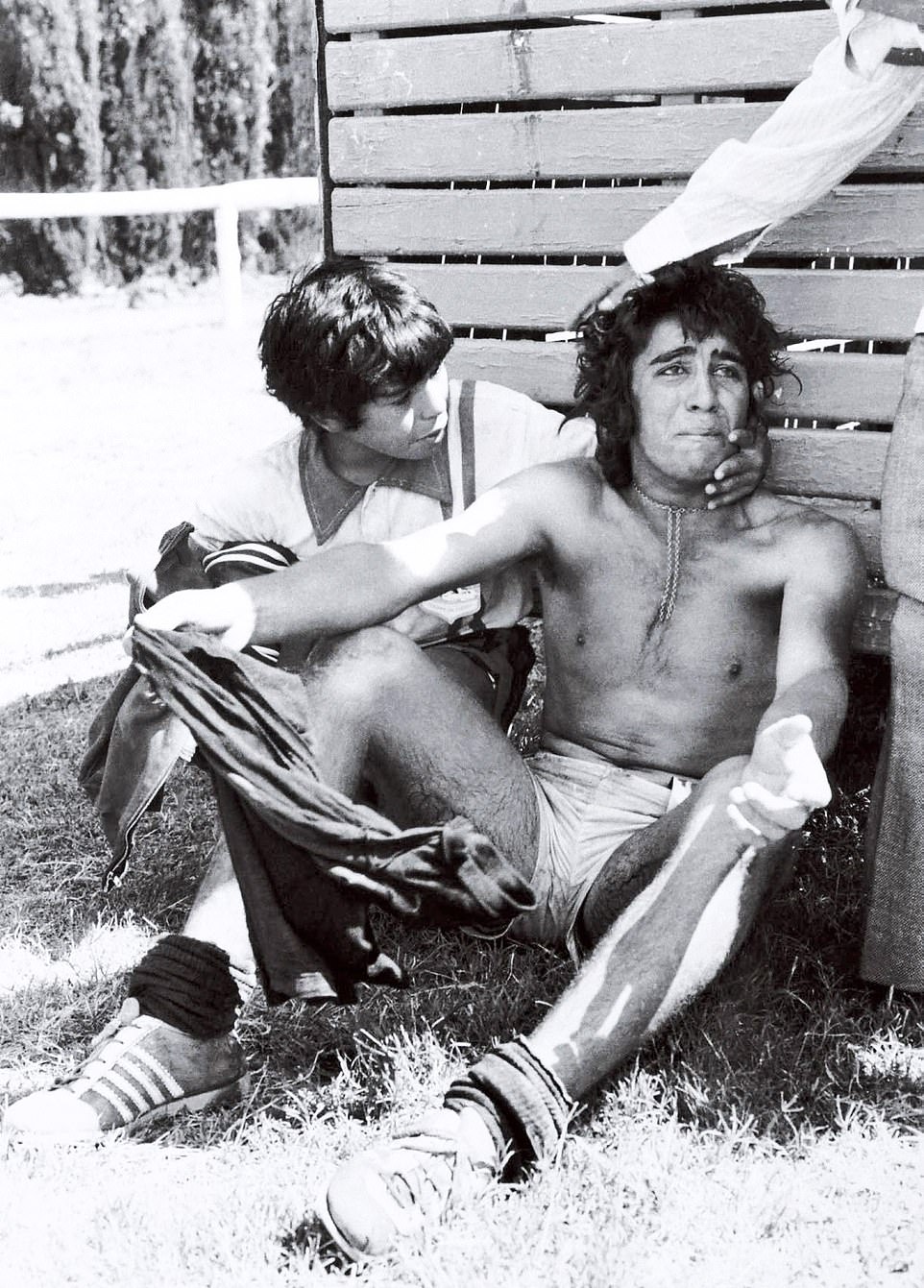 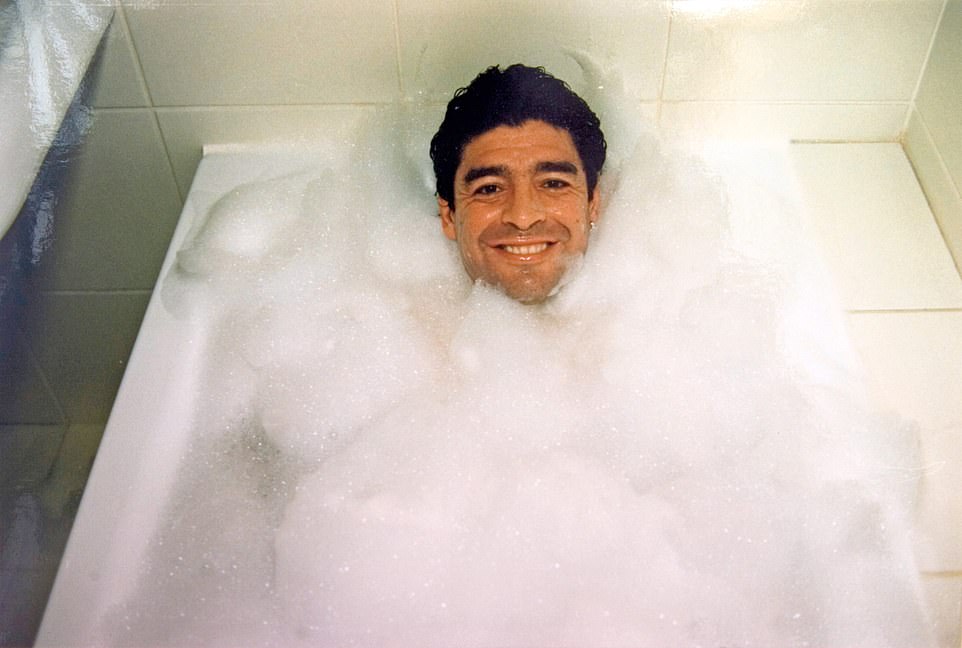 That, of course, he did not. His drug addiction, on occasions, threatened to overshadow his career. There was the 15-month ban for a positive test for cocaine in 1991. He was sent home from the World Cup in 1994.

It is a part of his life from which Maradona refused to shy away. ‘Drugs?’ he said. ‘It’s a worldwide reality. It’s not like it’s just me who has gone through this.

‘Millions of dollars are spent on drugs, cigarettes and alcohol. I’m not the one who discovered it and it won’t die along with me.’ 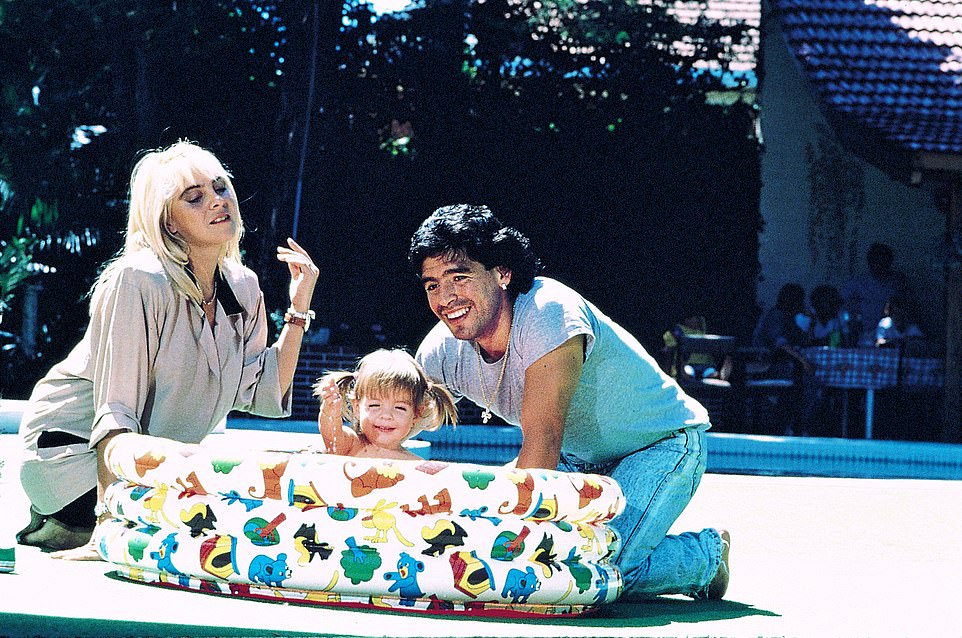 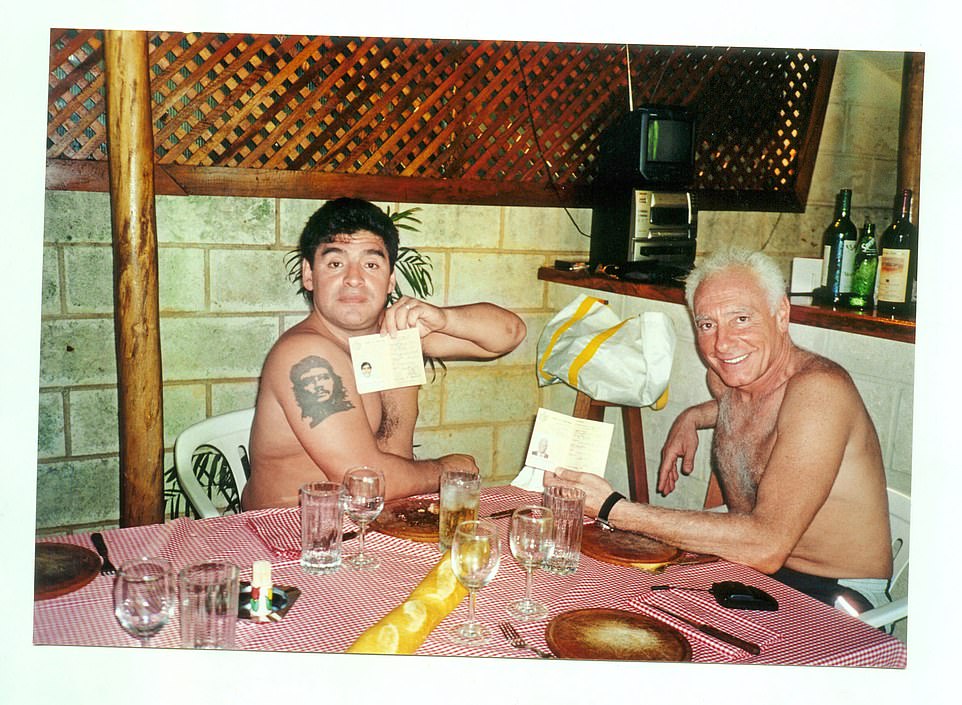 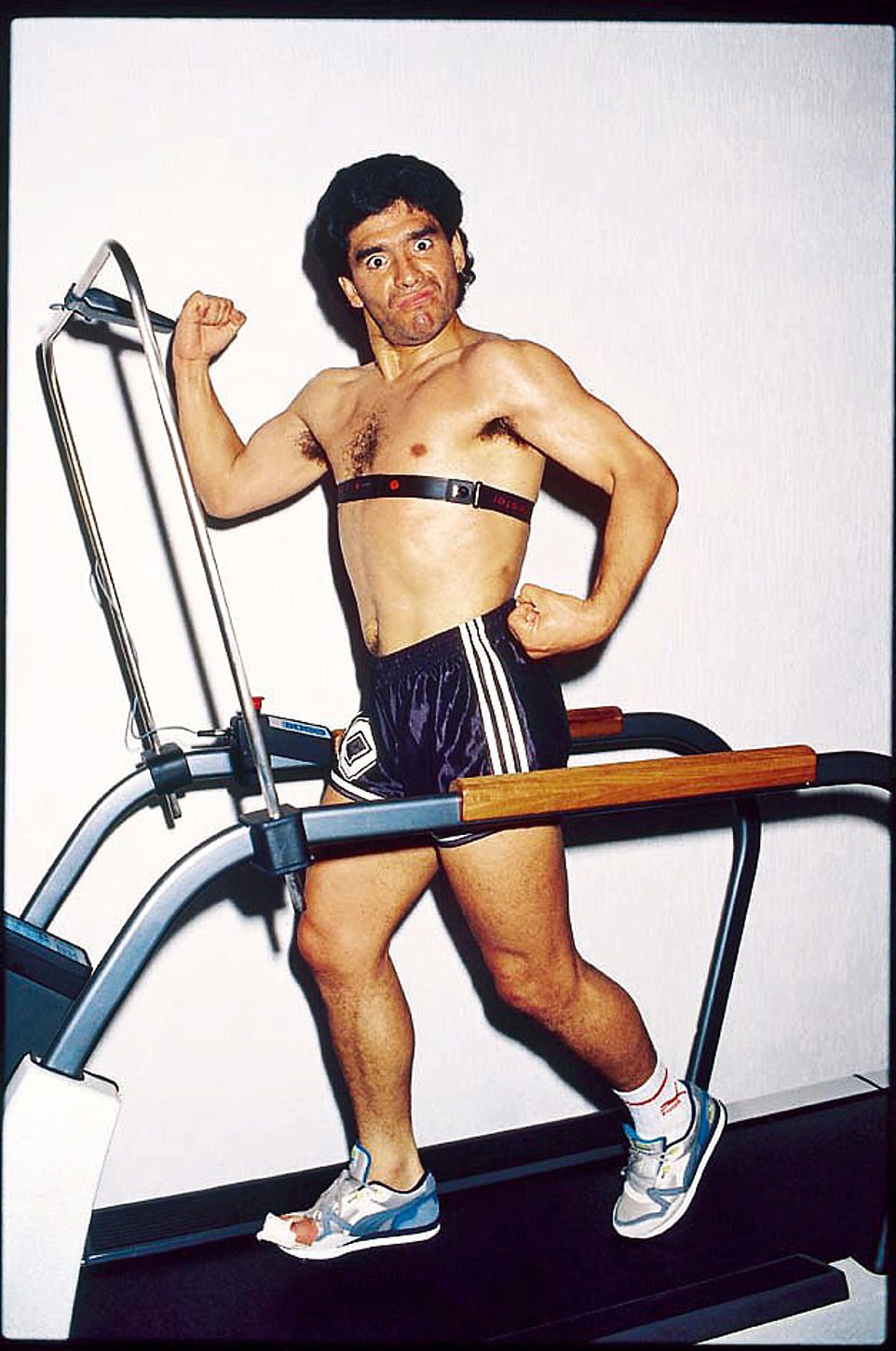 He was frank but not proud. And there were regrets.

‘The only person I harmed was myself and when I did, I shut myself away and the ones who suffered were my wife Claudia and the girls,’ he added. ‘I lost out on many years with my daughters, and you can’t buy that time with all the money in the world.

‘So if there’s something I really regret in life, it would be not having experienced with my daughters what I should have.’

It is all now a part of his legacy. And still the people adore him, the light as well as the dark. ‘I’m a kid from the streets,’ said Maradona. ‘My popularity will never decrease because I come from the people.’