Sky Sports’ Alan Smith: “Subs and strength off the bench have been just as important as the starting line-ups. It’s a fantastic situation Southgate finds himself in, especially if the game is tight and goes long. To have that quality sat behind him is a huge bonus.” 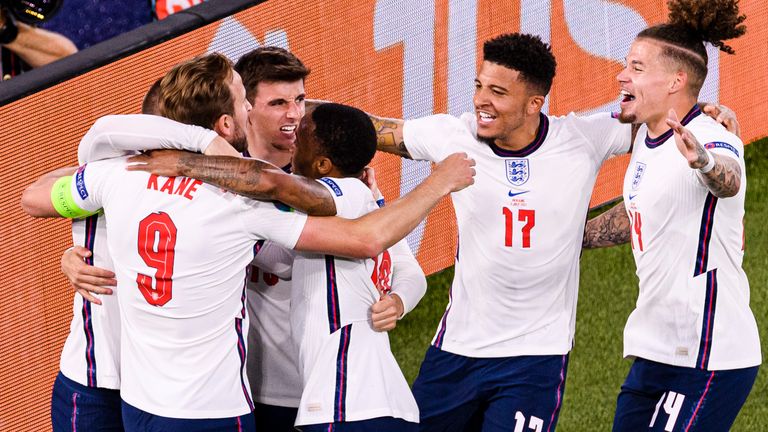 Gareth Southgate’s side face Denmark in the last four at Wembley having breezed past Ukraine with an impressive 4-0 victory in Rome on Saturday.

Now, England are hoping to go one step further than their semi-final appearance at the 2018 World Cup and Smith, who has backed Arsenal forward Bukayo Saka to reclaim his place in the starting line-up, thinks England’s strong substitutes bench could be the key to seeing them reach the final of a major tournament for the first time since winning the World Cup in 1966.

However, Smith, who played for England against eventual tournament winners Denmark at Euro 92, has fired a warning England’s way ahead of the huge showdown at Wembley…

It was the perfect night in Rome for England.

It was an unusual one really because there are not many times where a manager can stand on the touchline in the second half and feel relaxed and comfortable.

In the first half, having got the early goal, Ukraine actually came back into the game quite well and I didn’t really know what to expect in the second half.

But those doubts were put to bed with the early goal after half-time and then England never looked back.

It was the maturity, the composure and the confidence that we were the better team. It was a brilliant night for Gareth Southgate and England.

It’s another game everybody expects England to win.

People think they should win, and I think we should because we are a better team, but that does bring with it pressure. But Southgate has proved a master at navigating these situations in the right way and I’m sure the words he will say to his players will settle them too.

For Denmark, it’s been an amazing journey for them and who’s to say it can’t continue.

It’s a dangerous game for England.

It needs a lot of care and attention, but Southgate has been brilliant on the details so far.

I’m sure the England players will be really well prepared and if we do ourselves justice, we should win the match.

“I remember I played alongside my Arsenal team-mate Paul Merson. It was a game of very few chances.

“I had half a chance at the near post, and it was a little volley. Peter Schmeichel pushed it onto the post.

“But it really was a game with not many opportunities.

“I think the game at Wembley will be a much more open game with more chances, that’s for certain.

Will Southgate make any changes? 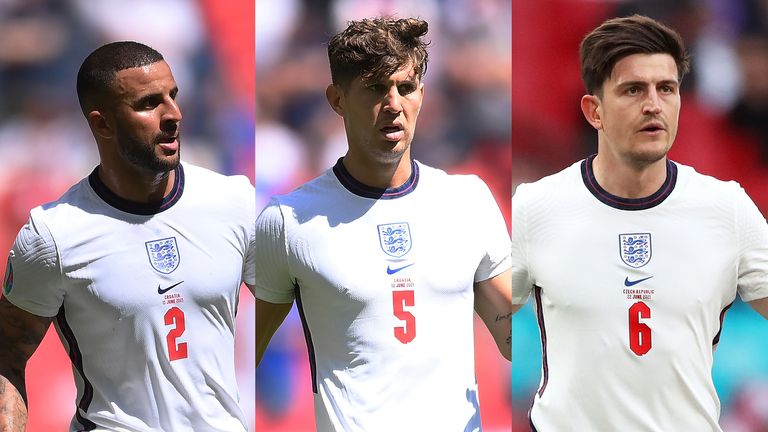 I’m really not sure whether Southgate will make any changes or not.

Germany’s strength was quite obviously in their wing-backs as they showed against Portugal.

And Denmark have shown some strength in that position too with Joakim Maehle, who has done ever so well since their switch to a back three. The cross he put in the other night against the Czech Republic was superb.

Is it a game where Southgate does match up? Or does he just think we played ever so well against Ukraine and looked comfortable with a back four so stick with that? It’s a tough one but also, playing with a back four allows you to play with a number 10 and I can’t see him leaving Mason Mount out and I also don’t think he would want to change his position.

‘Saka could be the difference for England’

Maybe Bukayo Saka comes back in to face Denmark.

It’s probably the only tricky call Southgate has to make and it will be interesting to see which way he goes.

It’s not always easy reading Southgate’s mind. Not many thought Jadon Sancho would play against Ukraine so we’ll have to wait and see.

Southgate obviously loves Saka and what he brings to the team. Phil Foden has also done nothing wrong; Sancho took his chance the other night and Jack Grealish is another consideration.

He has plenty of brilliant options, but I think he may just bring Saka back. His direct style of play, his work rate, his pace and creativity just may be a difference point against Denmark’s back three.

‘England’s strength in depth could be crucial’ 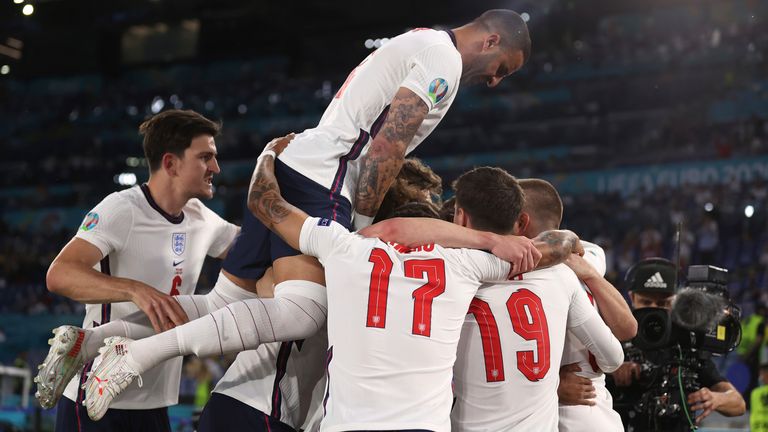 However, as we’ve seen throughout this tournament, substitutions and strength off the bench have been just as important as the starting line-ups.

It’s a fantastic situation Southgate finds himself in with an abundance of attacking options.

To have that quality sat behind him on Wednesday night is a huge bonus for him, especially if the game is tight and goes long.

One player who could have a key role from the bench is Grealish.

He showed against Germany he’s ready. He doesn’t sulk about not starting games and why should he? He’s new to the international arena.

But any team would definitely be wary of him if he comes off the bench with 20 minutes to go and some tiring legs.

He’s a nightmare to face in those circumstances because he just asks so many questions of a defence and forces defenders to commit.

If needed, Southgate will certainly have no hesitations in using him.

I didn’t think it was necessary that Harry Kane had to be scoring goals for England to do well at Euro 2020.

We were more than capable of pinching 1-0 or 2-0 wins but now he’s found that scoring touch again, it just gives us so much more punch in attack.

If he’s flying, as we saw against Ukraine, there is nobody in world football that does what he does.

So, it’s brilliant that he’s found that goalscoring form.

It did only seem a matter of time in my eyes, but you never know, and to have the captain playing and feeling like he is now, it will lift everyone in that England dressing room.

‘England are the better team; We can reach the final…’

I do think we will get to the final.

We can beat them in the same style we beat Ukraine if we play well, but Denmark are a better team and are enjoying some good momentum.

However, we are the better team.

There will be pressure and that could have an impact on how we play, but if we can produce the level we know we are capable of, we will have a big evening to look forward to on Sunday.

Will Gareth Southgate go to a back three? What threats do Denmark pose on England’s watertight defence? What can England learn from October’s Nations League defeat against the Danes? And has Raheem Sterling been the overall player of the tournament so far?

Plus, we preview the other semi-final as Italy face Spain on Tuesday night at Wembley.