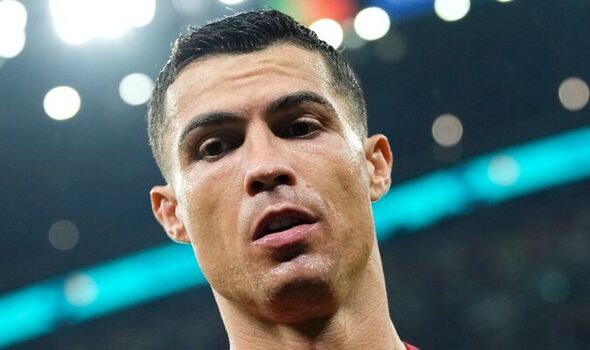 Cristiano Ronaldo’s impending move to Al-Nassr in Saudi Arabia would reportedly mean their current attacker Jaloliddin Masharipov would have to give up his No 7 shirt for the Portuguese superstar as part of the agreement. The 37-year-old veteran is now thought to be closing in on a permanent switch to the Middle East, meaning his stay in the desert is likely to last longer than the World Cup where he is currently competing with his national team.

Prior to Portugal’s first game in Qatar, Ronaldo and Manchester United both confirmed that his contract had been terminated by mutual consent.

Erik ten Hag and the Old Trafford hierarchy simply felt as though there was no going back following Ronaldo’s bombshell interview with Piers Morgan as he was forced out of the club.

But now CR7 has wasted no time at all in seemingly finding his next challenge with Al-Nassr said to be close to a deal.

It’s claimed that Ronaldo has been offered in excess of £150million per season to join Al-Nassr, a proposal that is likely to trump any he receives from Europe.

He is set to sign a two-and-a-half-year contract and would officially become an Al-Nassr player in January after the World Cup has been completed.

Ronaldo confirmed in his interview with TALKTV that he already turned down an eye-watering contact offer from the Middle East earlier this summer in favour of staying at Manchester United.

“It’s true, yes it’s true… but what the press keep saying, the garbage, is that nobody wants me, which is completely wrong,” Ronaldo told Morgan.

“And I was happy here to be honest, I was motivated to do a great season here. But they continue to repeat that nobody wants Cristiano.

“How they don’t want a player who scored 32 goals last year, with the national team as well?”

It had previously been suggested that Ronaldo would look to stay in Europe as he eyed the prospect of extending his Champions League legacy.

But with Lionel Messi also looking increasingly likely to depart Europe for Inter Miami in the MLS, Ronaldo could also be set to try a different part of the world.

However, Ronaldo was forced to stay at Old Trafford beyond his will and things have simply not worked out for him this time around under Erik ten Hag.

Manchester United would like to replace Ronaldo as soon as January when the winter transfer window opens.

PSV and Holland’s World Cup star Cody Gakpo is top of the agenda and with United now free from Ronaldo’s £500k-a-week wages, they are expected to have some additional financial leverage.