Aguero was unavailable for the game at the Etihad Stadium as he had been in contact with a person who tested positive for coronavirus.

However, Aguero himself has tested negative. 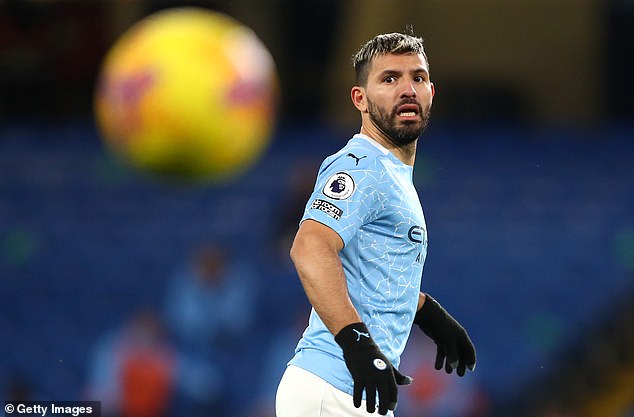 Speaking post-match, City manager Guardiola said: ‘He is isolating, unfortunately. He was in contact with one person who was positive. It is a pity. It was a perfect day to get minutes but unfortunately he has to be a few days out.’

City ran out 3-0 winners against Birmingham, with Bernardo Silva scoring a brace, while Phil Foden was also on target. 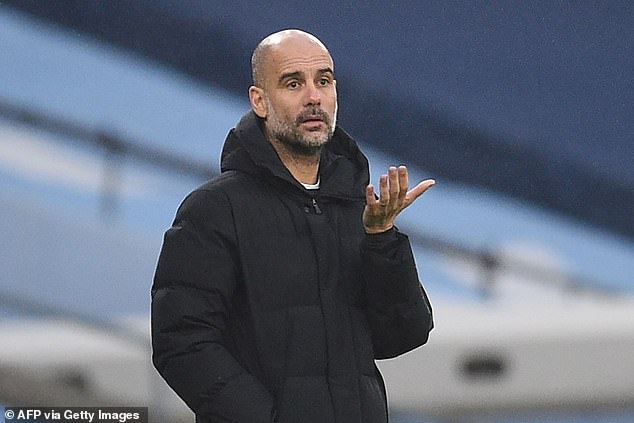 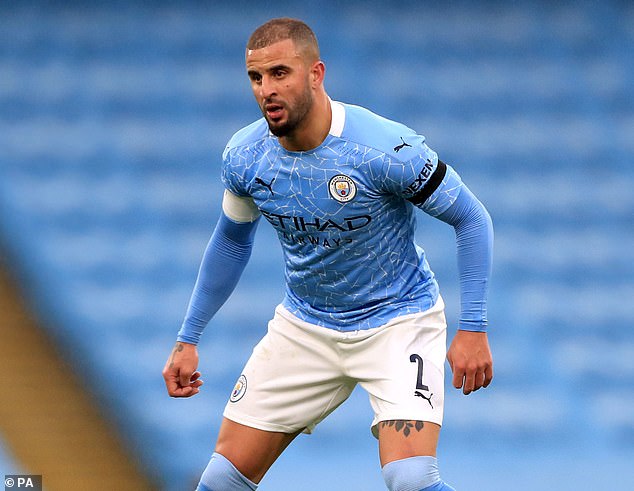 Kyle Walker, who previously tested positive for Covid-19, returned to action for Manchester City against Birmingham

Aguero had been hoping to make his first start since October having continued to struggle with injuries this season.

City welcomed back Kyle Walker and Gabriel Jesus against Birmingham, with both players having previously tested positive for Covid-19.