You wait 701 days for an Arsenal appearance — and then two come along almost at once. There must be a London joke in there somewhere.

It’s something, at least, for Gunners full-back Carl Jenkinson to smile about.

Jenkinson, the forgotten man for the best part of two years, earned a second start in just over a week as Unai Emery’s side took another step closer to qualification for the Europa League knock-out stages against Sporting Lisbon at the Emirates Stadium. 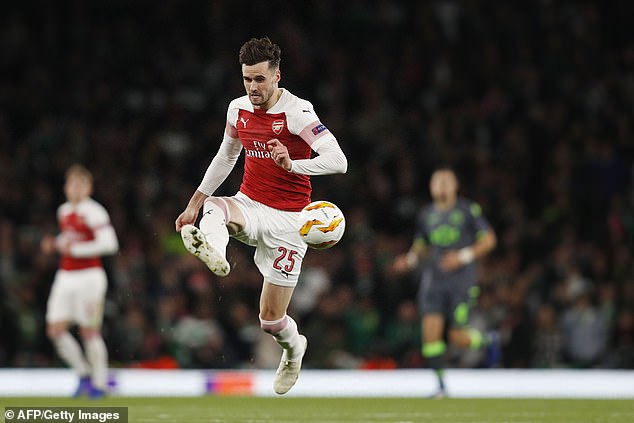 When Jenkinson had been announced in the squad for the previous group match against Sporting last month, where he was an unused substitute, fans had been so surprised to see his name that many admitted they had not realised he was still at the club.

Emery had even named Jenkinson as one of three players who could leave the club this summer alongside David Ospina and Joel Campbell. The other two did depart. Jenkinson, who has a contract until 2020, stayed on.

The 26-year-old returned last week in the Carabao Cup win against League One side Blackpool, his first appearance for Arsenal since another cup outing in November 2016. 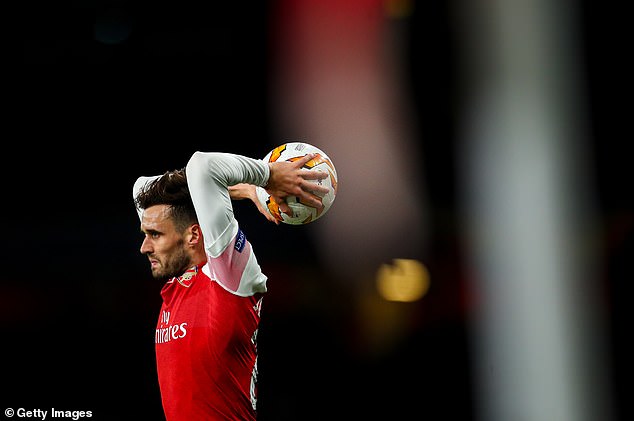 This, though, was a step up. A European fixture, albeit with Arsenal’s passage through the group all but assured. His last one of those had also come two years ago this month in the Champions League against Paris-Saint Germain.

There’s not been much football in between either. Just nine games on loan at Birmingham last season, the former England international’s spell blighted by unfortunate injury and uninspiring form.

It was no surprise, then, to see Jenkinson ease himself into this one on the left side of the defence. 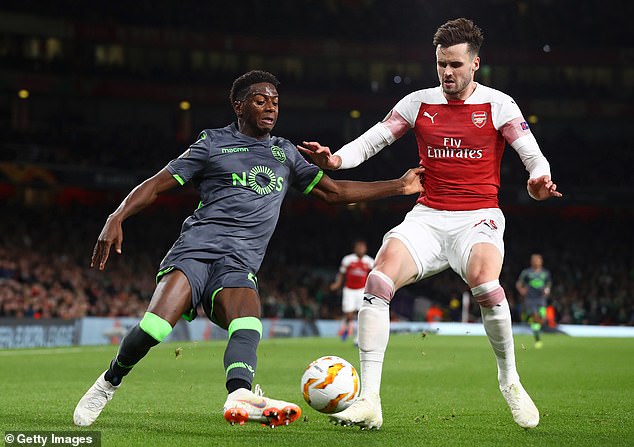 He had not much to do early on, but completed any necessary task with quiet efficiency. No messing around. Thump it into touch instead of trying an intricate turn. A solid tackle on Abdoulay Diaby earned an appreciative round of applause from the home fans. Safety first.

Ventures into the final third were few. Better to keep it simple. It’s been a while, after all. When he did get into crossing positions, there was so must rust on his delivery that they barely landed inside the penalty area.

But he was solid enough.

Jenkinson emerged in the second half ready to elaborate. When he saw a cleared corner arching towards him on the edge of the penalty area he was ready. 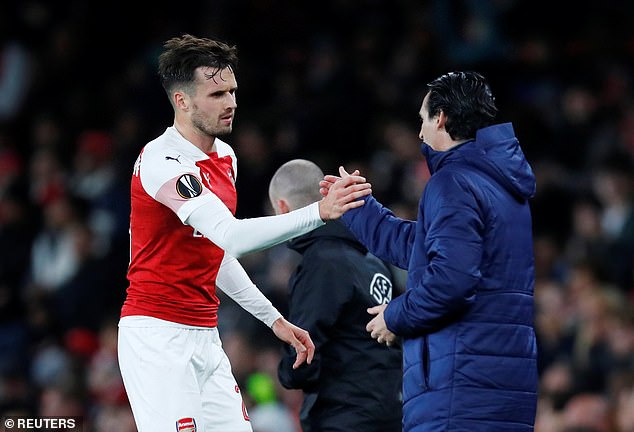 Jenkinson took aim, swung so hard both feet left the ground, almost missed the ball completely but still managed to shin it straight to Matteo Guendouzi stood 15 yards behind him.

To his credit, he followed it up moment later with a strong block to deny Diaby again. Back to those basics.

He came off on the hour. Another ripple of applause. A smile. A high-five with Emery.

The Arsenal boss has, in the absence of injured first-choice Nacho Monreal, played three different players at left-back in his last three Premier League games. One of them was central midfielder Granit Xhaka.

Did Jenkinson do enough to make it four this weekend when Arsenal play Wolves? Perhaps not, although the potential hamstring injury to Stephan Lichtsteiner will boost his chances.

Regardless, you would think Jenkinson won’t have to wait another 701 days for his next game.