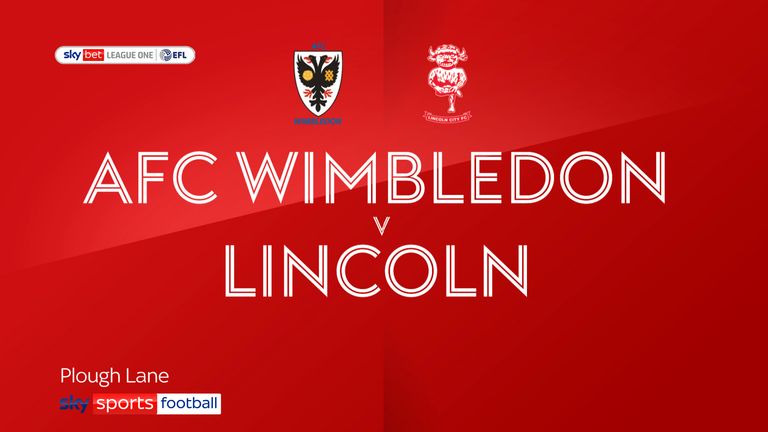 Tom Hopper’s winner saw Lincoln maintain their position at the top of League One as they beat Covid-hit AFC Wimbledon 2-1 at Plough Lane.

The Dons asked the English Football League to postpone the game after a series of positive coronavirus tests and Lincoln boss Michael Appleton stayed at home after contracting the virus.

But the home side’s calls fell on deaf ears and the leaders were in front within 10 minutes.

Jorge Grant’s corner evaded everyone in the box before falling to Tayo Edun on the edge to slot into the far corner.

The visitors dominated the early stages, but AFC Wimbledon pulled level just after the half-hour mark when Shane McLoughlin’s back-post cross was met by a thumping header by Ollie Palmer into the roof of the net.

The second half was a much more even affair with both sides creating plenty of chances but failing to convert them.

That was until Grant picked up a loose ball in the box and his cutback found Hopper, who guided the ball home with his left foot to earn his side a third straight league win.