At almost exactly the same moment Harry Kane was opening the scoring for England against Poland at Wembley, another one of Tottenham’s own netted in this FA Youth Cup tie.

16-year-old forward Jamie Donley was the man who finally broke down the resistance of AFC Wimbledon, who more than held their own in their sparkling new stadium.

That it took Spurs 99 minutes to crack them was testament to their fight but Donley, who’d been introduced as a substitute 15 minutes from the end of normal time, made the breakthrough. 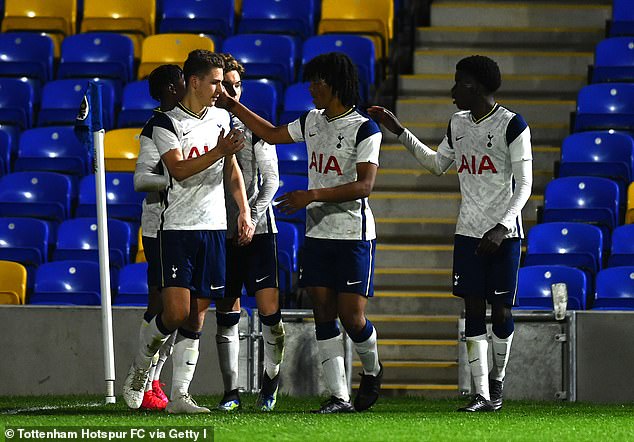 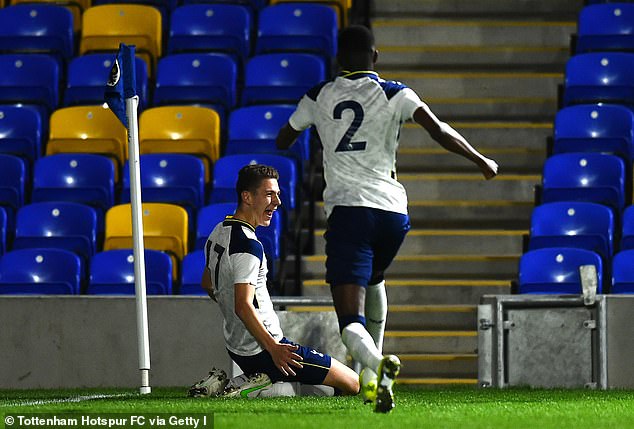 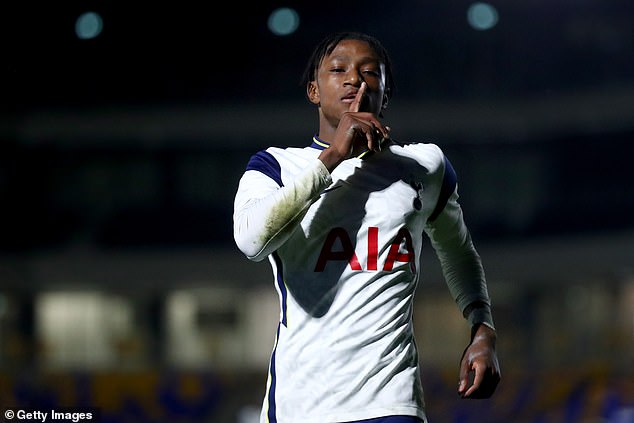 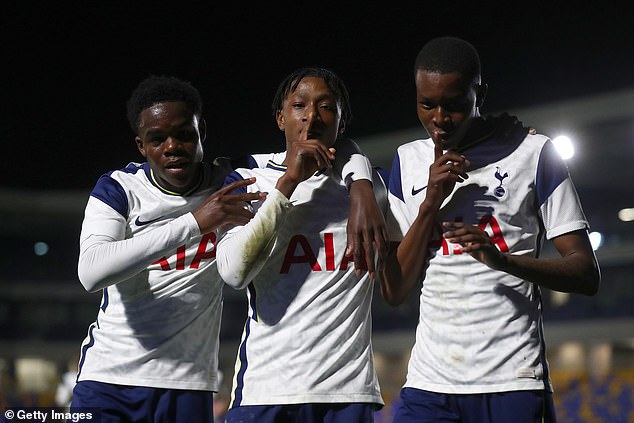 He controlled Roshaun Mathurin’s hooked cross from the right and hammered home from just inside the box, his enthusiastic knee slide celebration telling you everything about how tricky this tie had been.

A second goal, scored by Romaine Mundle four minutes from the end and then a third, courtesy of Donley once again was the icing Spurs scarcely deserved.

The Dons created plenty of their own openings and saw a second-half goal disallowed for offside. Moments before Donley’s goal, they’d come within inches of taking the lead themselves. But the fine margins ultimately went against them.

The hosts had already claimed one Premier League scalp in the competition, knocking out Burnley in the third round thanks to Paris Lock’s late winner.

Spurs clearly didn’t want to take any chances as a result and two names leaped out from their teamsheet.

Midfielder Alfie Devine became the club’s youngest player at 16 years and 163 days when Jose Mourinho brought him on in the FA Cup third round win over non-leaguers Marine. Devine marked his debut with a goal to cap the 5-0 win. 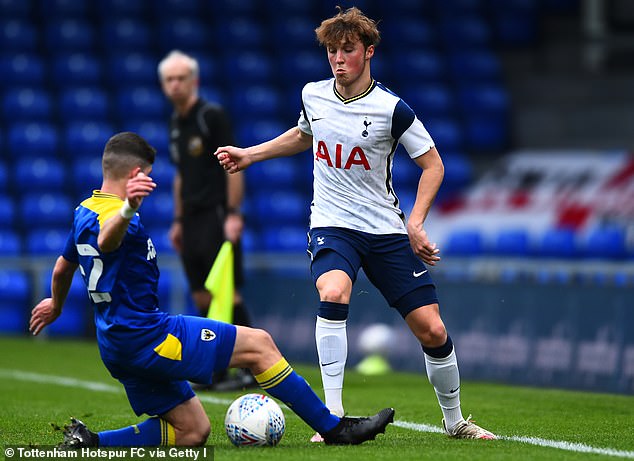 Alfie Devine, who has played for the Spurs first team, fights for the ball with Ben Mason

Devine snatched the record from another starter here, 17-year-old Dane Scarlett, who was 16 years and 247 days when he played against Ludogorets Razgrad in the Europa League back in November.

He has since made a couple of additional appearances and signed his first professional contract with the club this week.

That pair, or anybody else for that matter, proved capable of sparking a great deal for Spurs in the opening half-hour and indeed it was Wimbledon who carried the greater early threat.

Obed Yeboah – who is a nephew of 90s Premier League legend Tony – fired an early shot wide to give Spurs some food for thought and there were glimpses of slick football from the League One outfit. 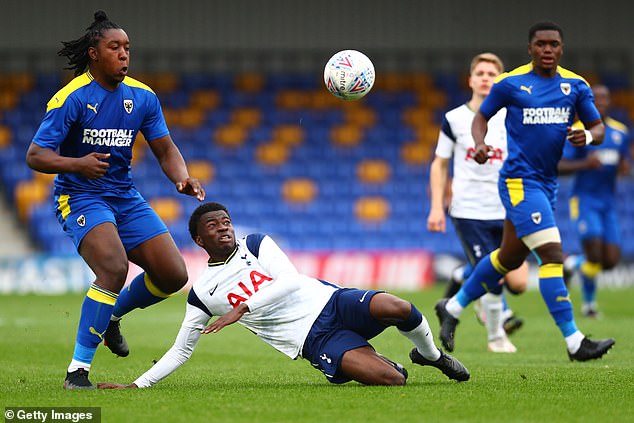 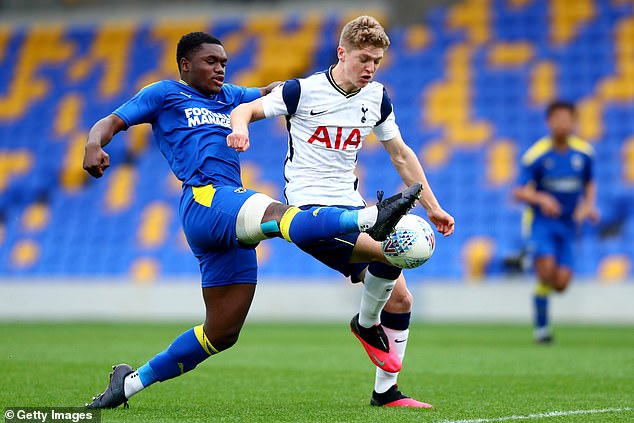 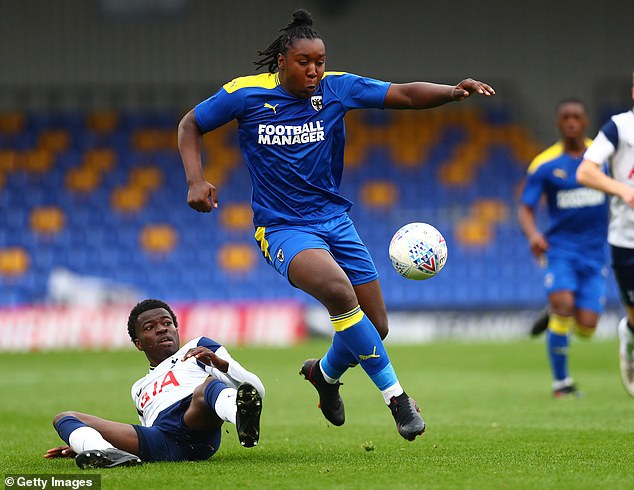 Just after the half-hour, a strike from Dylan Adjei-Hersey was deflected and looped wide. From the resulting corner, Isaac Ogundere got a flicked header onto Adjei-Hersey’s corner but it cleared the bar.

Tottenham finally got their act together towards the end of the half. Their first chance came from Romaine Mundle, shooting narrowly wide from the edge of the area with Dons keeper Matt Cox scrambling.

Mathurin’s effort was then well grabbed by England under-17 stopper Cox after he worked space on the edge of the box.

The hosts thought they’d broken the deadlock nine minutes after the restart when Troy Chiabi finished clinically when keeper Thimothee Lo-Tutala parried out Yeboah’s rasping effort but the offside flag was raised.

When Wimbledon settled into two banks of four in front of Tottenham they proved exceedingly resilient. The visitors were comfortably kept at arm’s length for the majority of the second-half.

On one of the rare occasions they did break through, Scarlett headed wide after Devine had split the Dons defence to release Jeremy Kyezu to cross.

In the closing minutes, Wimbledon looked just as likely to grab a winner with left-back Remi Onabanjo, just 15 years of age but really looking the part, fired over.

Devine had an excellent opening early in extra time but fired straight at Cox after space opened up invitingly on the edge of the box. The Dons keep clutched the ball gratefully to his midriff.

Down the other end and a golden chance for Wimbledon to take the lead as Adjei-Hersey got his head on Ben Mason’s right-side cross. The header looked goalbound but somehow Lo-Tutala got down to scramble it away.

It was to prove vital. Donley won it moments later as Tottenham advanced.

He should have added a measure of comfort in the second half of extra time but scooped over from Yago Santiago-Alonso’s cut back.

As Wimbledon legs tired, they grabbed a second through Mundle, who was teed up by Donley before lashing home.

A third was especially harsh on Wimbledon but Donley was left with a tap in when Kallum Cesay chased the ball down and knocked it beyond Cox. 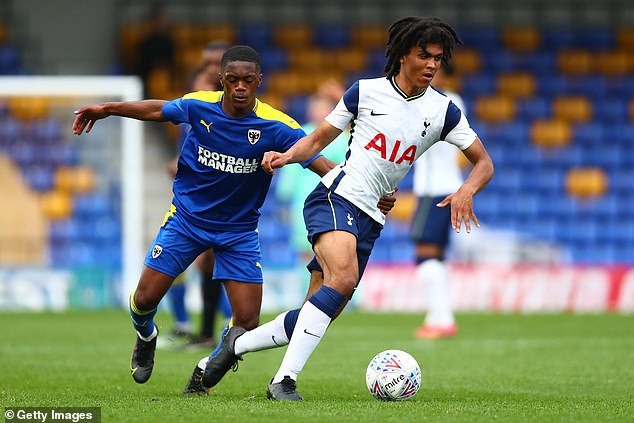 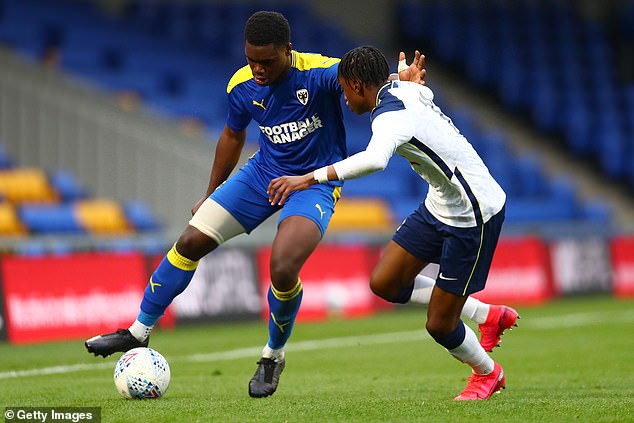 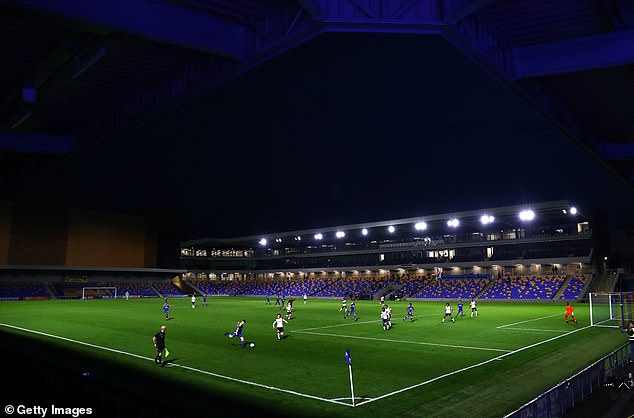