Achraf Hakimi is a doubt for Morocco’s crunch tie with Belgium on Sunday, after suffering a thigh injury against Croatia in Wednesday’s drab 0-0 drawn in Qatar.

The PSG right-back felt a niggle in the back of his thigh, but was able to see out the rest of the second half, but now faces a race to be fit enough with the clash with Belgium on Sunday fast approaching.

Morocco boss Walid Regragui has a ready-made replacement in the form of Bayern Munich right-back Noussair Mazraoui, but he left the game against Croatia on a stretcher, leaving the Atlas Lions with a selection headache. 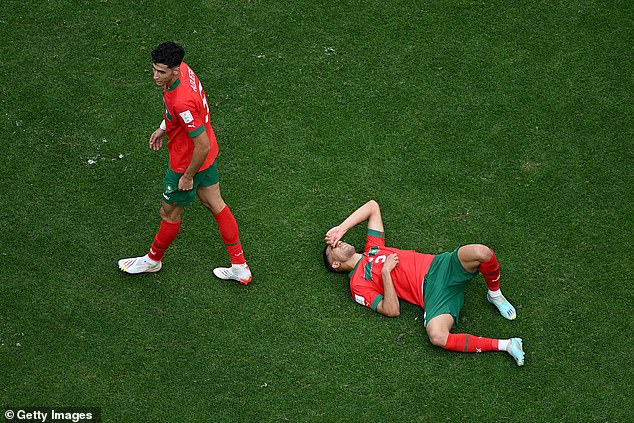 French outlet GFFO reported that there is cause for concern, and should Hakimi miss his side’s meeting with Roberto Martinez’s Belgium, there will only be another four days until the final group tie with Canada.

Canada fell agonisingly short of a win against Belgium in their opening clash, only for Divock Origi to punish their wayward finishing as the Red Devils won 1-0.

Morocco and Croatia played out a game that will likely be forgotten soon after the end of the group stages, with neither side creating many chances of note.

And if the African side are to improve on their showing in Qatar, they will need more from Chelsea star Hakim Ziyech in attack, after a largely anonymous performance.

The Atlas Lions have only ever played Belgium three times in their history, winning just once in 2008, but if they are to add to that record they will need all their top performers at their disposal. 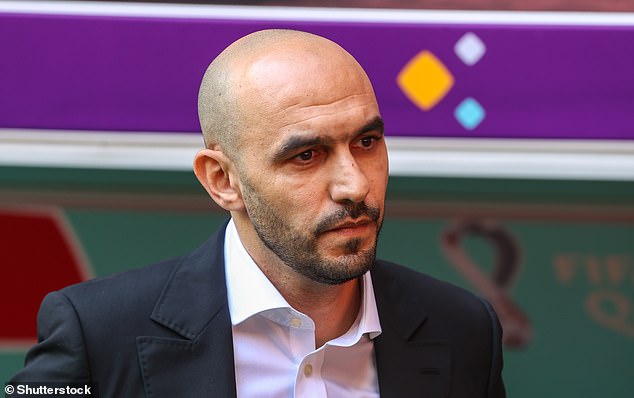 And Hakimi is certainly one of their brightest stars, having emerged as one of Europe’s leading right-backs in recent years.

Despite being just 24 years old the Moroccan defender has already built up an impressive CV that includes the likes of Borussia Dortmund, Real Madrid, Inter Milan and now PSG.

He has already managed 55 games for Morocco too, scoring on eight occasions, but he will face a late fitness test if he is to make it 56 and 57 over the course of the next week. 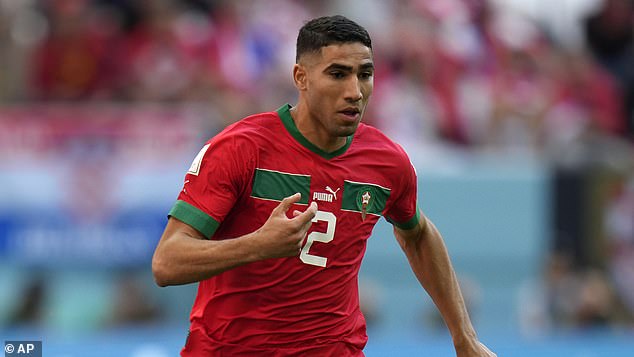 The two-time Moroccan footballer of the year has been in fine form this season for the Parisian giants, with three goals and three assists from right-back in 21 games in all competitions.

But he was unable to bring that glittering form to the World Cup and help his side record a first win in the tournament since 1998.

It is unclear how serious the injury to Bayern defender Mazraoui is, although it is unlikely that he will feature again at the tournament after his hip injury saw him require a stretcher to leave the field on Wednesday. 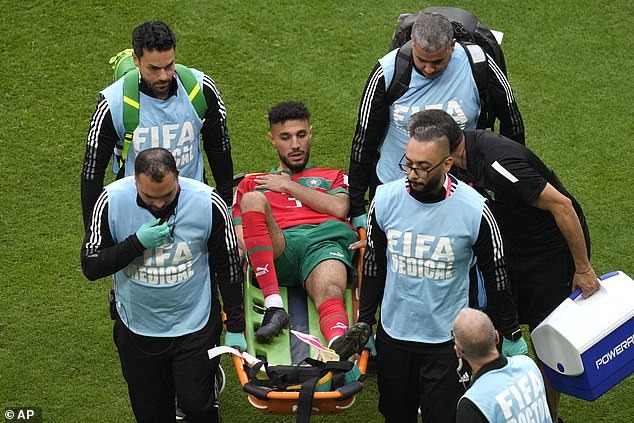