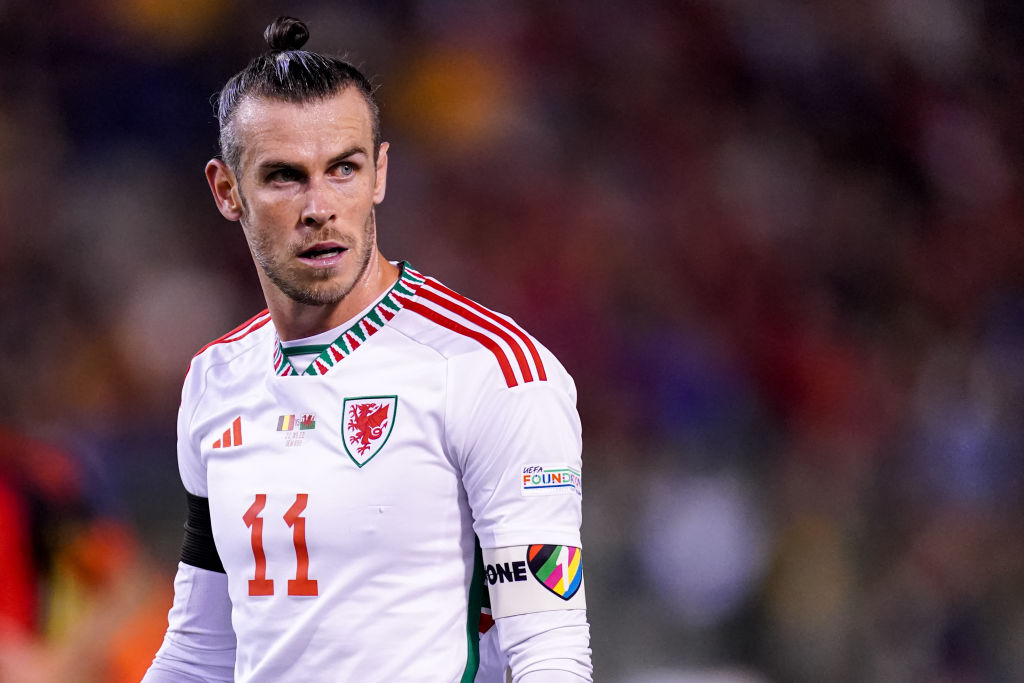 Wales manager Rob Page has blasted FIFA after they threatened to punish players if they wore the OneLove armband at the 2022 World Cup.

Wales were one of seven nations, that committed to wearing the armbands, which stand in solidarity with the LGBTQ+ community – who face persecution in Qatar for their sexuality.

However, FIFA announced on Monday that any player who wore it would be instantly shown a yellow card and ultimately teams have regretfully opted out of the gesture.

As a result, Wales captain Gareth Bale wore an approved ‘no discrimination’ armband instead as he skippered his side against the USA on Monday night.

England’s Harry Kane and Netherlands’ Virgil van Dijk did the same in their games earlier in the day.

Ahead of the match, Page expressed his anger at the situation, telling ITV: ‘We’re not happy, of course we’re not.

‘It’s been made so late now towards the game that it’s out of our control. There’s nothing we can do about it.

‘I’m not going to risk Gareth Bale going out onto the pitch already having a booking. It’s crazy.