‘I am sure it will be a mouthwatering encounter’: Wales captain Alun Wyn Jones is relishing Scotland challenge

Alun Wyn Jones believes that Wales’ Under Armour Series provides ‘a well-rounded set of fixtures’ building towards the World Cup next year.

Wales’ 13-Test countdown to rugby union’s global spectacular begins on Saturday when they tackle Scotland for the Doddie Weir Cup.

That clash of two fierce Six Nations rivals is followed by further Principality Stadium appointments with Australia, Tonga and South Africa this month. 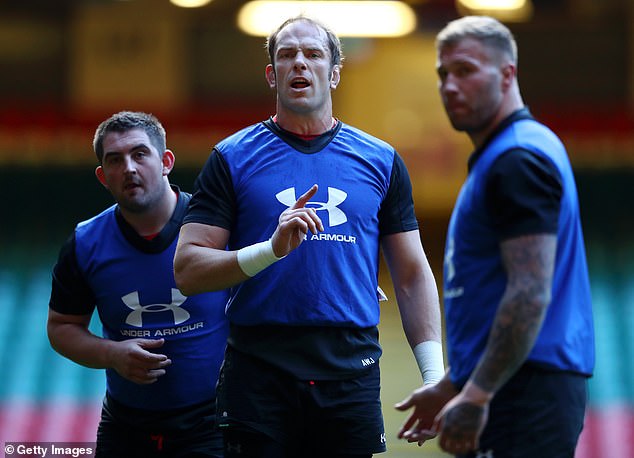 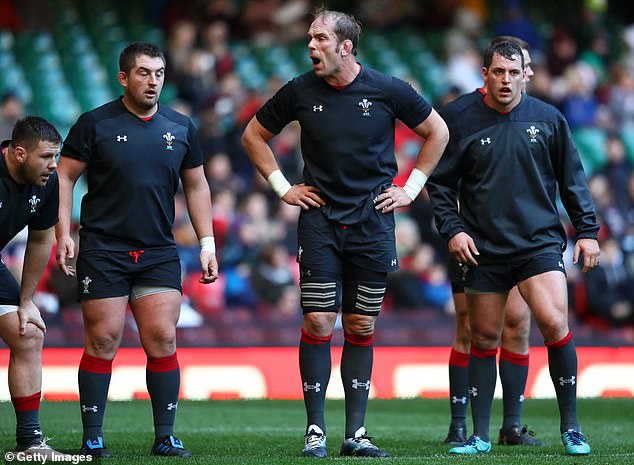 ‘When the Scotland fixture was named, it was a different complexion,’ Jones said

And Wales captain Jones is relishing the challenges that lie ahead, starting with this weekend, when the hosts protect a 16-year unbeaten home record against Scotland.

‘From the outset when the (Scotland) fixture was named, it was a different complexion,’ Jones said.

‘It’s different to the Six Nations, but it is an opportunity to play against a close rival and I am sure it will be a mouthwatering encounter for the series as a whole.

‘We want to win, first and foremost, but there are also a lot of guys who have come into the squad with opportunities.

‘There are guys who featured in the summer (in Argentina) that want to build on the opportunities they had. From our point of view, there is that, coupled with the performance and to get a win.

‘It is a well-rounded set of fixtures on the brink of a World Cup year.’

Talisman lock Jones will make his 118th Wales appearance on Saturday, leaving him just 11 behind Wales’ record cap holder Gethin Jenkins, who retires from rugby after a final appearance for Cardiff Blues against Zebre this weekend. 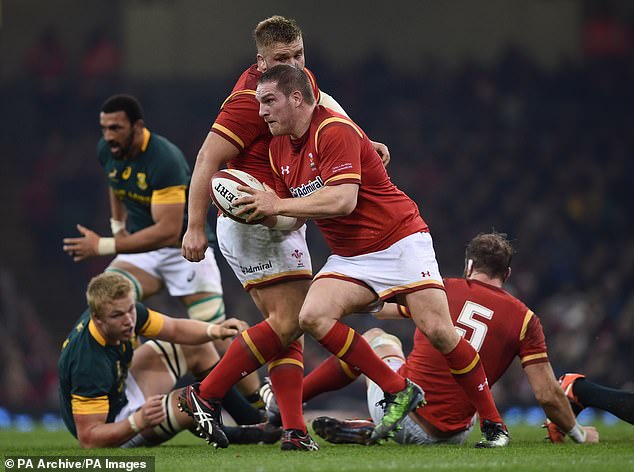 And Jones paid tribute to his former Wales colleague, adding: ‘People use the words legendary status, and Gethin has got that. He had that a long time before he retired.

‘The striking thing was the comment he made in the week about having one more game. I think he wants to leave the pitch retiring, rather than not having that chance, and that sums Gethin up.

‘He has been a great team-mate on and off the field, and I wish him well for the future.’

Asked for his thoughts on potentially breaking Jenkins’ record next year, Jones said: ‘It’s not about a numbers game, it is about what you do in the jersey.’

Jones is among seven British and Irish Test players that start for Wales against Scotland, but there is also considerable interest surrounding a promising array of young prospects selected by head coach Warren Gatland.

For Lewis, that provides an opportunity to show an expected 60,000-plus crowd his rich potential – and what he has learnt off Jenkins. 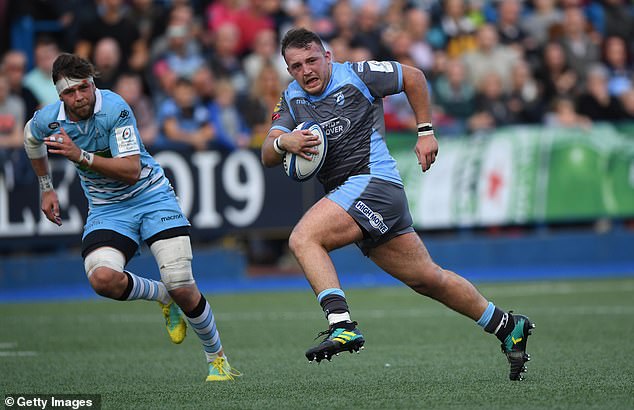 Lewis said: ‘It has been brilliant to have him at the Blues because the stuff you can learn off him is priceless.

‘He has been able to pass on things about scrummaging that you wouldn’t know unless you’ve been there and done it. His work-rate and the standards he demands are huge.

‘It is my first time playing Scotland at this level and my first home Test, so it is all a bit new to me.

‘The World Cup is not in my thought process at the moment. I’m just really grateful to get the opportunity to play this weekend.’