It is the decision that could prove pivotal to the potential multimillion-dollar negligence claim against rugby authorities. In 2011, at a time when the prevalence of brain injuries among former American footballers was becoming alarmingly clear, what was then the International Rugby Board (IRB) made a significant change to the game's concussion protocol. A mandatory three-week rest period – which could only be reduced following assessment by a neurological specialist – was replaced by a graduated return-to-play at elite level that could be as little as six days.

And then, in 2013, a five-minute pitchside head injury assessment trial was introduced that was the catalyst for former Irish international Barry O'Driscoll to resign in protest from the IRB's medical committee. 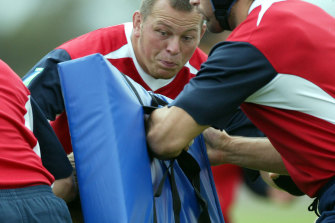 "The game's approach to concussion seems to have become less progressive in the professional era, as evidenced by the three-week mandatory break being reduced to just six days in 2011," said Richard Boardman, of Rylands Law, who is representing those rugby players taking legal action.

That 2011 change had followed the formation of the Concussion in Sport Group (CISG) and their "Zurich Consensus", which outlined a six-stage return following a concussion, each potentially lasting 24 hours. The three-week rule still remains at an amateur or youth level, but it was concluded that the day-to-day medical supervision of professional sport allowed room for more flexibility.

World Rugby will argue that the previous prospect of 21 days out simply drove concussion reporting underground and it had moved to a science-based protocol, which only allowed players to return if they were asymptomatic and suffered no relapses. It meant six days was an absolute minimum but, with matches often spaced seven days apart, it is a time frame that has prompted suspicion. World Rugby also stressed decisions were not only shaped by CISG, whose guidance has become a hugely influential global reference point at all levels of sport.

Which brings us to another key strand of the legal action. Among 15 recommendations for change, the former players have called on rugby to remove its "reliance on various arch-conservative organisations" such as CISG. 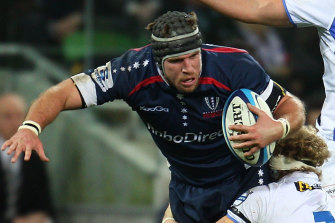 Research by CBS News this year reported that, of the 36 expert panellists on CISG's latest "Consensus Statement", 32 have or have had connections to organisations and sports where concussions are a major issue. "We demand World Rugby and its governing bodies … take guidance from academics and experts who are truly independent," said the rugby players' statement.

Chris Nowinski, the co-founder of the Concussion Legacy Foundation, is particularly unhappy with the CISG's stance on chronic traumatic encephalopathy, a neurological disease associated with head trauma and which has been found in numerous American footballers, as well as increasing numbers from other contact sports. The CISG's latest statement contends that "the notion that repeated concussion or subconcussive impacts cause CTE remains unknown".

The two co-chairs of CISG, Dr Jiri Dvorak and Dr Paul McCrory, for comment. Dr Michael Turner, who is on the expert panel, said "the fact that experts involved in concussion research are also members of the concussion panels assembled by sports to advise them on their approach to this complex issue has never seemed strange to me". He also said that he was "baffled" by the concept that research could not be independent if there had been any association with a contact sport.

World Rugby said its approach was informed by collaborations with numerous experts, including CISG. It believes that it transformed decision-making accuracy with its head injury replacement which, since 2014, has been at least 10 minutes. It says fewer than eight per cent of players are now wrongly left on. There have also been changes to tackle laws and the introduction of independent matchday doctors with a final say on concussion decisions.

"We are unwavering in our commitment to evidence-based injury prevention strategies and act based on the latest available research, evidence and knowledge," said a World Rugby spokesperson.