England, Scotland, Wales and Ireland begin their countdown to the World Cup in earnest with four Tests over the next month.

The games, against predominantly southern hemisphere opposition, will give a crucial indication as to the direction of travel of all Six Nations sides as they build towards Japan. 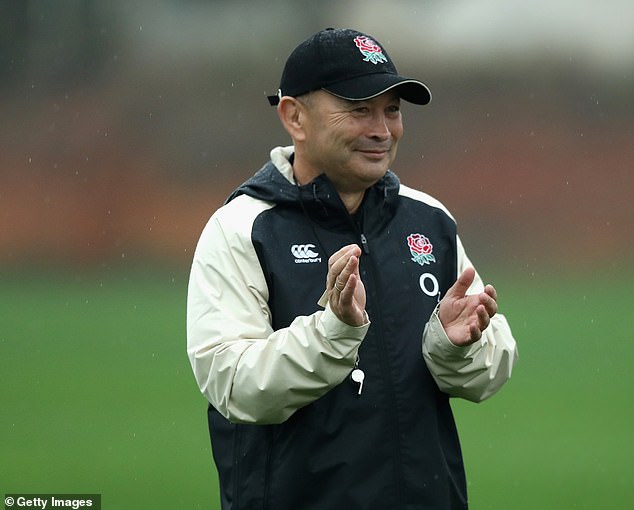 1. Is Eddie Jones’s job in danger? What is the minimum required from England this autumn?

Absolutely not. Eddie is an experienced world-class coach who took England to 22 wins in 23 matches in the first two years of his tenure. This year has been much more difficult, with big injuries and, it must be said, some poor decisions and distractions, but England remain capable of winning the World Cup and that is what he will ultimately be judged on. So there are no minimum requirements this autumn.

What I want to see is a better, quicker, more dynamic form of rugby from England, with the game being played with more tempo and big calls being made on what are viewed on as problem positions.

Speculation coming out from senior people at the RFU about the next coach is just another distraction which has blighted England’s progress and it disappoints me that the RFU allow this nonsense to happen. They must get the whole organisation behind Jones and everyone focusing on nothing else but the next game. If anyone thinks they know better then remove them — this is not a schoolboy outing!

Jones and hs England side are fully capable, though, of ruling the world in Japan next summer

2. The back row has been a problem area for England, with injuries not helping. What are the options this autumn?

This is a mystery. For decades England have had back-row forwards coming out of the woodwork. They must still be there, so it is a matter of identifying, picking and developing them. In an ideal world, we would have Maro Itoje and Billy Vunipola working together in the back row this autumn but that won’t happen with Billy’s latest injury.

I can see Ben Morgan coming in at No8, which leaves the perennial problem of who plays No7. If England could discover a Sam Warburton or Justin Tipuric at seven, I’d make them favourites for the World Cup. Tom Curry is young and deserves more games, Michael Rhodes is a big, strong unit who could make an impact. Brad Shields — on his Hurricanes form — will also come into the equation.

3. What is your first-choice England back division for the autumn and why?

The caveat is that Manu’s game-time needs to be monitored, I’m not sure he is ready for 80 minutes at Test level but my preference would be to start with him — certainly against South Africa — and get that initial impact he makes early and then bring him off if he shows signs of tiring. After the Boks when Alex Lozowski becomes available it should be as a straight choice between him and Manu. 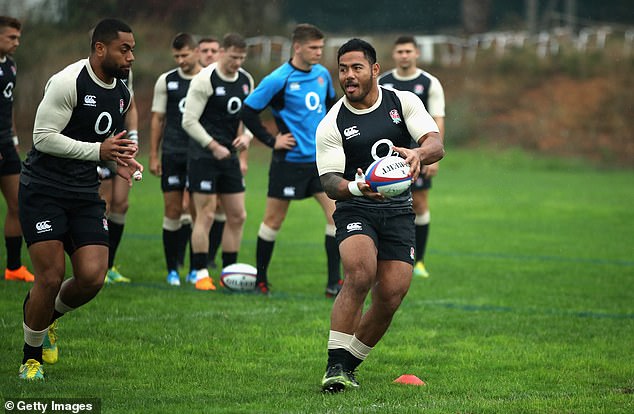 4. How good is this New Zealand squad, the world No1 and world champions?

Very good, I have enjoyed watching them over the last couple of years. They use every skill in the book and play at pace and precision. Steve Hansen is a great coach who insists on high standards and they remain the team to beat.

Weaknesses? Not many but Beauden Barrett’s goalkicking can be a little in and out and some of their decision-making — not going for a match-winning drop goal against the Boks in Wellington last month — is a tad naive, but they will learn very quickly.

They are one person away from being unbeatable and that person is Dave Alred, who was so influential on my coaching staff and is now a guru to Ryder Cup star Francesco Molinari. If they had signed him all bets would be off, the All Blacks would win the next World Cup and it amazes me one of the top nations, including England, have not made this happen.

5. Many feel South Africa squandered a win over New Zealand last month when they subbed key players in the last 10 minutes. Why is it so important that your best players see the game out?

Those critics were right, it did cost the Boks the game! Always keep your best players on the full 80 unless they are injured. Seeing them go off lifts the opposition. Boks coach Rassie Erasmus surely also regrets resting players for the third Test against England in the summer which saw England gain a victory to stop the rot. No gifts in Test rugby, ever, and those decisions by Erasmus will come home to haunt him in a week. 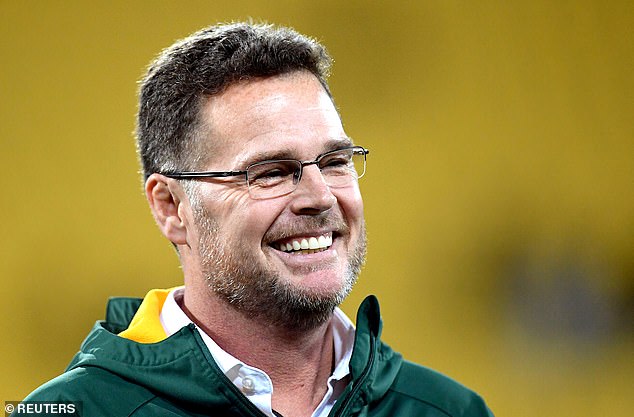 6. How important for England’s World Cup triumph in 2003 was the autumn of 2002 when you beat New Zealand, South Africa and Australia?

Those three wins look like a key moment and staging post on the way to 2003 but we didn’t attach massive importance to them other than we’d chased the No1 world ranking for a while and achieved it during those Tests. That was a big goal on our road to RWC2003, and that mantel of being the world’s best team projected us into 2003 with a good deal of momentum.

7. If you could change one law to improve Test rugby which would it be?

Am I allowed two? I am bored witless with the box kick, it’s a blight on the game with 95 per cent of them being aimless ‘hit-and-hope’ punts that result in the ball being turned over and gifted to the opposition. I’d make it possible for the receiving team to mark a box kick and therefore kick to touch AND I would also give them the throw-in. That would ensure it was only used by expert practitioners, or as a last resort in defence.

I’d also start to penalise scrum-halfs who continue to faff around at the base of rucks, having been told repeatedly to ‘use it’ — one warning and that’s it.

8. World Rugby want less use of the TV Match Official this autumn. What’s your view on how the TMO is being used?

Generally I am happy with the TMO but I would fine-tune it a little. At try-time — which is still its raison d’etre — I want the referee to lead the discussion by heavily favouring the ‘Is there any reason why I cant award a try?’ question. Only in absolute extremis — if he and his assistant referees were all genuinely unsighted — should he resort to ‘Try — yes or no?’

I am OK with the TMO intervening on bad acts of foul play — rugby should be refereed in a way that favours the clean, disciplined side — but I’m not so happy on interventions for forward passes and offside when chasing kicks. For me they should be made in real time by the referee and his assistants.

9. Warren Gatland started coaching Test teams 20 years ago when he took over as the Ireland boss. What’s his secret?

The essence of Gatland’s success is that he doesn’t bow to pressure. He doesn’t panic when Wales have a poor autumn and the media start kicking off; he didn’t waver when he dropped Brian O’Driscoll from the Lions team for the last Test in 2013, he didn’t doubt himself when the Lions got well beaten in the first Test in New Zealand last year.

He knows his mind and believes in himself and the excellent backroom team he has handpicked, Shaun Edwards, Rob Howley and Robbie McBryde. He does it his way! 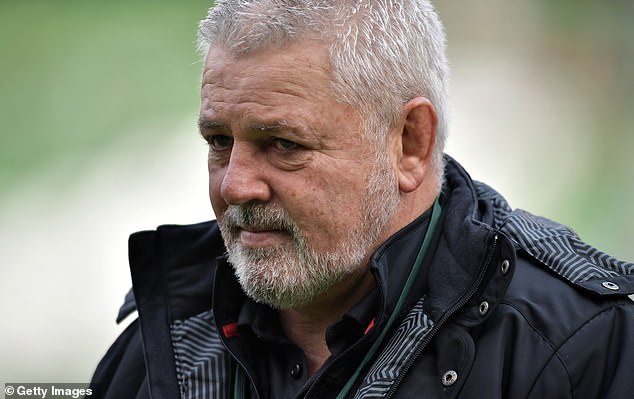 10. Is it too late for any ‘bolters’ to come through this autumn and make a World Cup place their own?

My gut feeling is that World Cup-winning teams are well established before the tournament but you never say never. In November 2002, Josh Lewsey wasn’t involved in a starting capacity for England but he came through very well in 2003 after we decided Jason Robinson was best used on the wing.

Josh, though, was a known quantity, I’m not sure he was a bolter in that sense. Perhaps a better example is Trevor Woodman. Before November 2002, he had never started an England Test but that November we started him in our win over New Zealand.

It was his only game that autumn — Jason Leonard and Phil Vickery were our starting props — but by the Six Nations and the World Cup itself, Trevor’s form and his ability to play the the pace we aspired to made him a starter with Jason on the bench.