No Going Bok: South Africa-born Michael Rhodes will be up against his old pals but defensive force insists he is fully committed to England

Saracens flanker Michael Rhodes has a simple request for any England fans with reservations about his switch of national allegiance — judge him on his commitment, not on his accent.

On Saturday, Rhodes is destined to make his Test debut, against the land of his birth, a South African wearing a Red Rose. He is not the first in that category and he won’t be the last.

The 30-year-old didn’t come to this country as a route to international caps; he moved here to pursue his club career and eventually realised that he could qualify for England on residency. 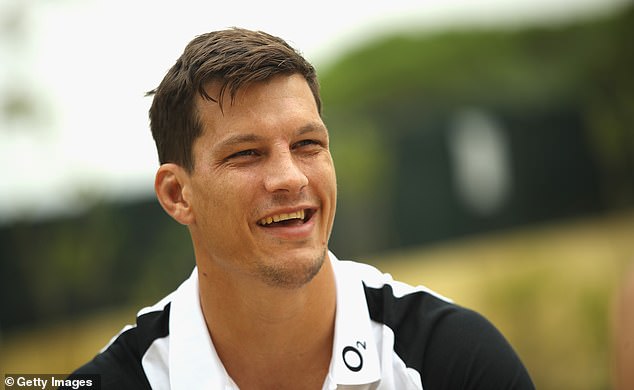 When Rhodes completed the three-year qualification period in July, Eddie Jones promptly picked him based on consistently outstanding form.

Now he is preparing to make his first appearance for his adopted nation against friends from back home. He hopes to win over any English sceptics by giving body and soul to the cause.

‘My goal is to win rugby games with England,’ said Rhodes, at the national squad’s training base in the Algarve.

‘I am going to play as hard and committed as possible. If they are supporting the team, then the winning is what they should be concerned about. There should be no doubt where my commitment lies.’

Rhodes says that he has not discussed the issue with England’s New Zealand-born captain, Dylan Hartley, but adds: ‘Other guys have done it. I am quite comfortable. It is not something that bothers me. I left the idea of playing international rugby for South Africa behind, with no hard feelings, when I came over here.’

Rhodes was born in Natal but made his breakthrough as a promising forward in Western Province, where he played alongside the Springbok captain Siya Kolisi and his predecessor, Eben Etzebeth, as well as countless other members of Rassie Erasmus’s South Africa squad. 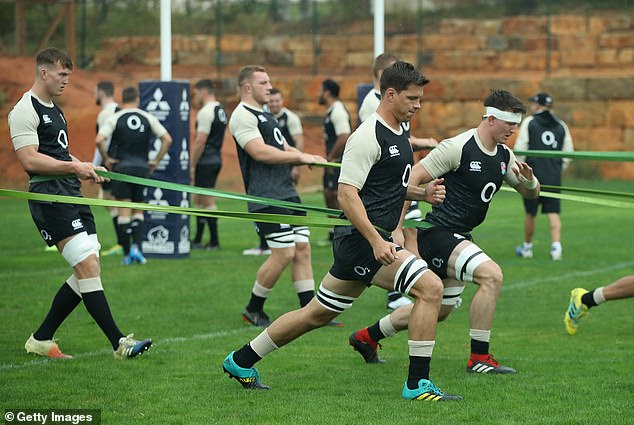 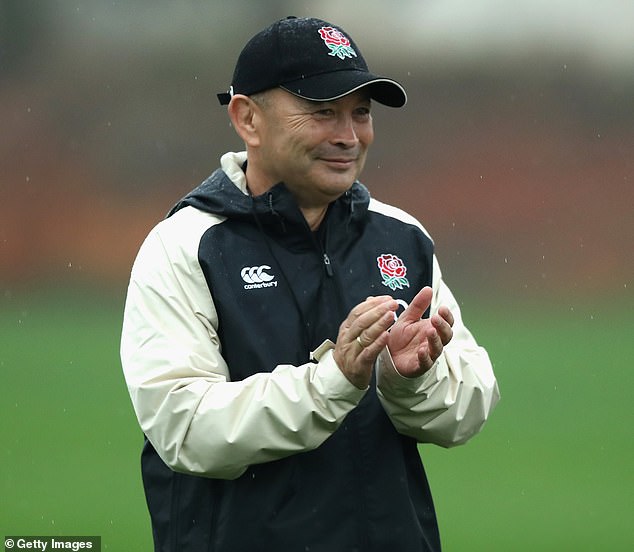 When he completed the qualification period in July, Jones promptly called him into action 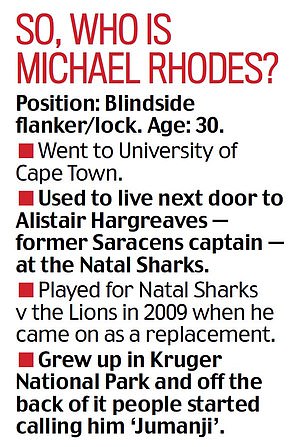 Rhodes has been preparing himself for the prospect of a Test debut against so many familiar faces.

‘Over here and back there, you tend to play against your mates quite a lot. It’s quite funny how it works out. Hopefully we’ll play hard and then catch up afterwards.’

Rhodes is on alert for the possibility of being a target for the opposition.

‘The chirp and the chat is part of the game,’ he said. ‘They might try to niggle and get under my skin but I think I can just ignore that and can get on with the game.’

He will understand any verbal barbs delivered in Afrikaans — and his knowledge of the language may force the Boks to amend their line-out calls, just in case.

Rhodes admits that the situation he will be in on Saturday is ‘strange’, a sentiment shared by his fellow South African Saracen, Vincent Koch. The prop won’t be available to play for the visitors as the match falls outside the official autumn window, but he will be keeping a close eye on the import who is likely to wear England’s No 6 shirt. 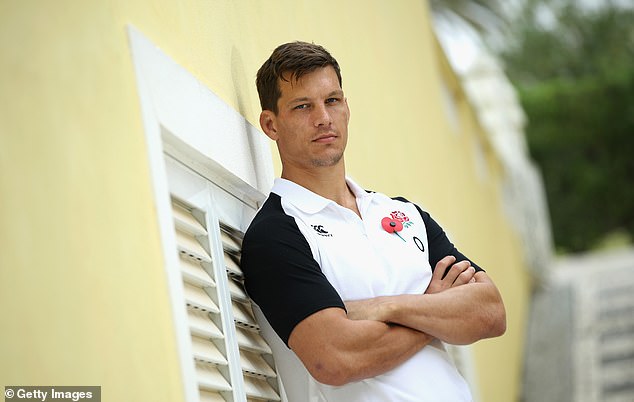 ‘He deserves it,’ Koch said. ‘It’s going to be weird, it is going to be different, but all credit to him, he has been working hard. He is going to take the opportunity and have an amazing game.

‘It’s unfortunate the Springboks didn’t pick him. England saw the potential and if they pick him they won’t regret it at all. I’m not too sure what the emotions are going to be, playing against your country. He never backs down from a battle. He’s going to be a nightmare for the Springboks if he does play.’

Jones has acclaimed the newcomer in his squad as a formidable defensive force in the back row, saying: ‘When he hits, he hurts. He hits hard and he hits often.’ 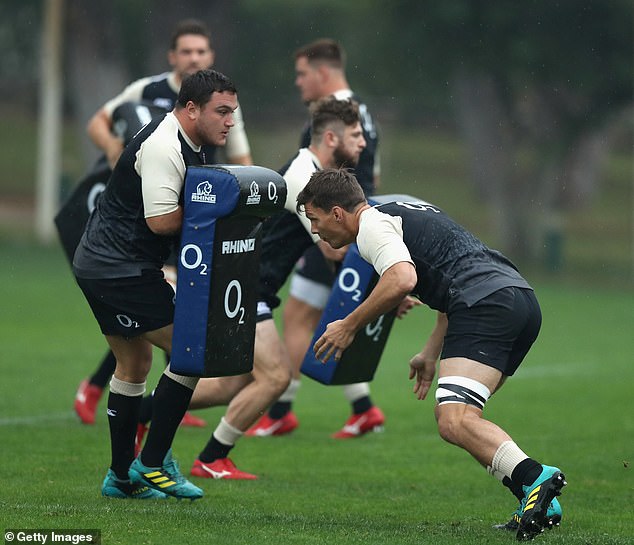 Saracens’ director of rugby, Mark McCall, added: ‘The bigger the game, the better he plays. He made 20-odd tackles against Glasgow, they were all big tackles too — he is the type of guy you want in your corner.’

Now Rhodes just has to fine-tune his singing of God Save The Queen. Koch said: ‘I don’t think he knows it. It’s going to be funny.’

South Africans may be amused by his efforts at that stage, but they will surely find what he does afterwards decidedly less funny.