‘I love Jurgen Klopp’: South Africa captain Siya Kolisi is a big admirer of the ‘intensity’ he sees in Liverpool’s football… the flanker will have the chance to visit Anfield this season as Durban’s Sharks enter the Champions Cup for the first time

Sitting in a hotel lobby in London, Siya Kolisi has one eye on the World Cup bulletin being shown on the TV.

‘When I come to England my favourite thing to do is go up to Anfield,’ says the South Africa captain, tucking into two beef burgers as Gareth Southgate appears on screen.

‘I went along to do a photo shoot with Jurgen Klopp recently and I got to watch Liverpool’s training. I was there with my wife. I love Klopp. Having a chat, seeing what he thinks about life and sport, just spending time with him is amazing. 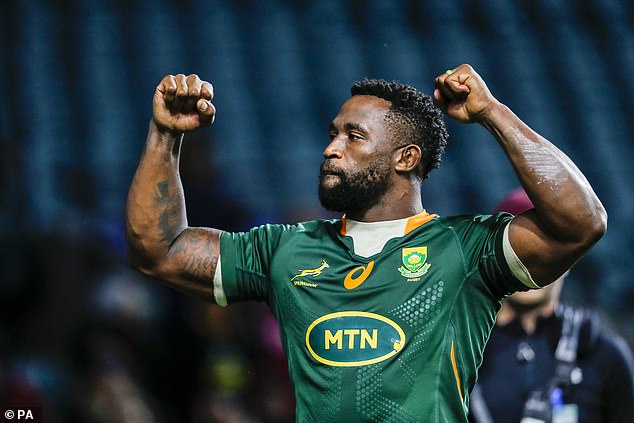 ‘He watches rugby. He told me a story about how he played the Haka to his team and encouraged them to play with that intensity. We talked about how it gets you in the mindset that you’re ready for war.

‘The way Liverpool play, the way they defend, pressing to try to get the ball back, you need to be up for it. You can’t just go in slightly. It’s the same as our rush defence in rugby. We play similarly. When I watched them train I thought, “Ah, jeez, we do this too”.’

Kolisi will have plenty of chances to visit Anfield over the next few months. The Springboks have arranged a World Cup warm-up match against New Zealand at Twickenham next summer and on Saturday Kolisi’s Durban-based Sharks will feature in the Champions Cup for the first time when they play Harlequins. 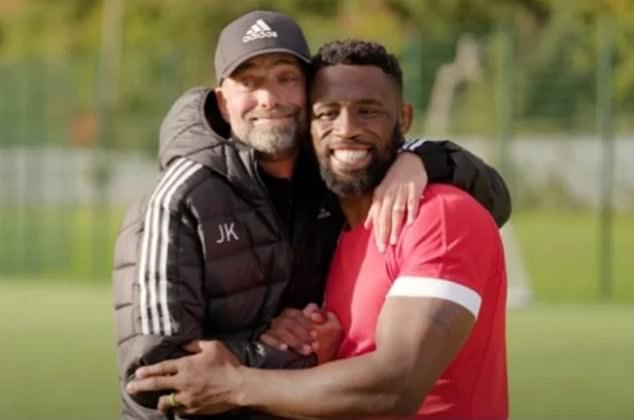 ‘Hopefully I will get a chance to visit,’ he adds. ‘I’m very good friends with Jordan Henderson. His whole Liverpool story is a motivation for me.

‘Brendan Rodgers didn’t want him at one stage, he was told he must go but he stayed, fought, and now he’s one of the most successful Liverpool captains ever. A lot of people would have given up.

‘I respect the way he stayed to fight. We keep in contact. I love how aggressive he gets. I always tell him to give them a bit of a nudge or a punch!’ 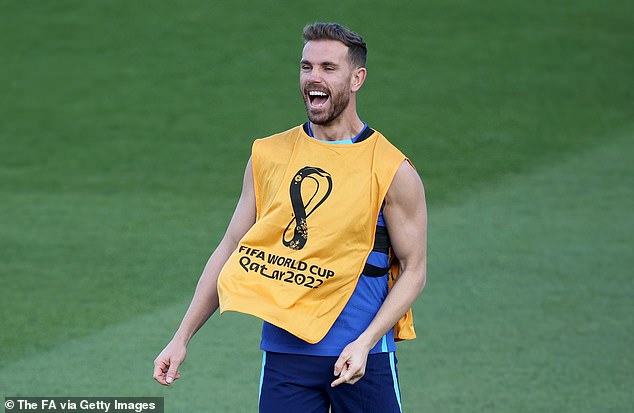 He also spoke of his respect for Jordan Henderson, saying ‘I love how aggressive he gets’

Like Henderson, Kolisi never lacks aggression on the pitch. The flanker ended the Autumn Nations Series on a high, beating England in Eddie Jones’s final match in charge, and now wants to transfer his form on to the club stage.

‘We are always ready for battle in South Africa,’ he said. ‘We don’t need anything else. You can see the physicality — you don’t need to ask me to be physical, it’s just in me.

‘I’m born with it. I have it. You can play me videos and things but you just need to tap into it. 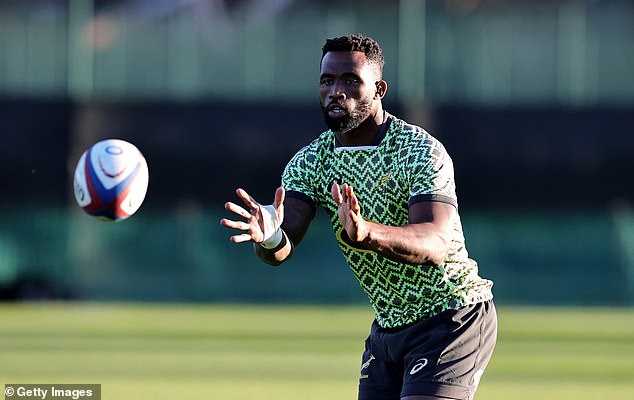 ‘We come from a country where anything can happen at any time. We face a lot of challenges so you become street smart. You’ve got to have an edge.’

Harlequins have been warned. They will step out in Durban on Saturday, met by the early afternoon heat, as the Champions Cup extends its borders beyond Europe for the first time. The new format is not everyone’s cup of tea, but Kolisi is relishing the prospect of more exposure in Europe ahead of next year’s World Cup in France.

‘We don’t mind the travel,’ he added. ‘Guys like Marcus Smith, Owen Farrell, it’s good to be playing against that kind of opposition, especially for our guys who don’t play international rugby. It will give them a little taste of what it feels like.

‘I’ve sent a message to Marcus before saying I think he’s a great player. It’s not common to do that but I don’t care. 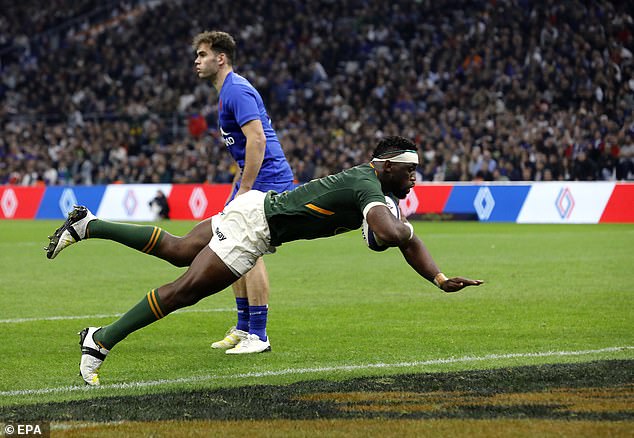 ‘We all play the game. We’re all ambassadors of the game. Male or female, when they’re great I always send a message to say “Go you”.

‘I love competing but I also celebrate other athletes when they’re good.

‘The World Cup is going to be in the north so it’s all good, I can’t wait. It’s getting used to playing in the northern hemisphere.

‘The Champions Cup is so cool, everybody tells me it’s like nothing I’ve experienced. I’m really looking forward to it.’