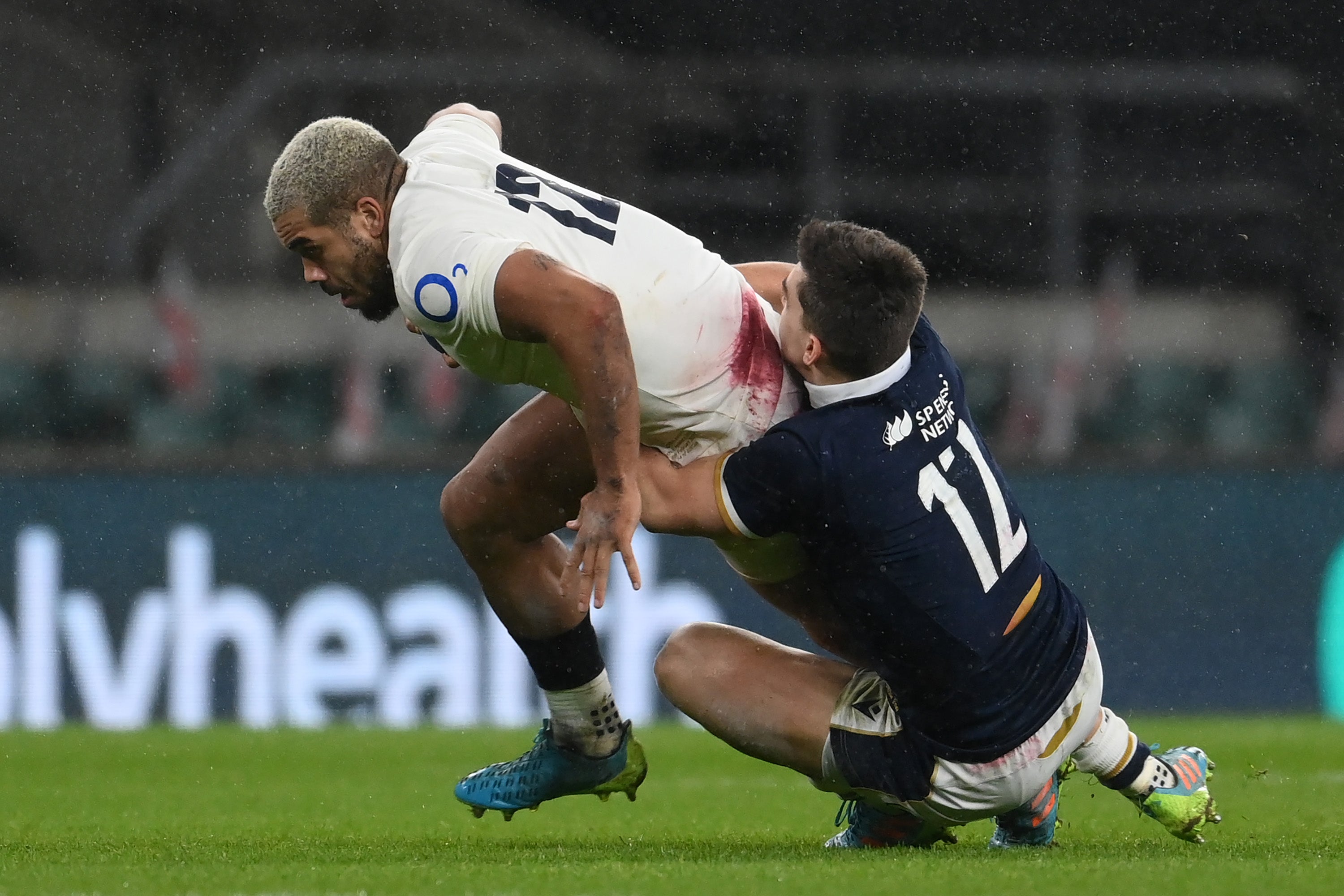 “I thought it was an incredible debut,” Townsend beamed. “To come into a squad you’ve not trained with before and then integrate with our way of playing, you don’t expect someone on their debut to have such an accomplished start when you’re new into the team, especially against England at a place we’ve not won for so long.”

For England, there are major questions to answer. Their attack was one-note and uninventive; their forwards displayed little physical edge. Owen Farrell appeared particularly rusty after his winter of inactivity, and it took Ollie Lawrence 60 minutes to make his first, and only, carry.

Only one side appeared physically and mentally ready for the battle. Without a home crowd to lift them, England struggled for intensity. Eddie Jones had talked up the pressure on the Scottish side ahead of what he termed their “game of the year”, perhaps indirectly releasing pressure on his side, who failed to rise to the occasion. This was their worst Six Nations performance under the Australian.

Jones took responsibility at full-time: “We couldn’t find a way to get in the game. On a day like that, the set piece is always going to be important – as are the contests in the air and the gain line. We couldn’t win any of those areas and seemed to be a yard off the pace. I have to blame myself – I didn’t prepare them well enough.”

England move on to a very different contest. Franco Smith’s callow Italians visit Twickenham next week bruised from a fifty-point defeat by France. England will make changes, but how many? A return to the George Ford (curiously unused until the final ten minutes against Scotland) and Owen Farrell axis seems likely for the sterner tests to come, but their inexperienced opponents may offer opportunity for others – debuts for exciting backs Harry Randall and Paolo Odogwu may beckon.

Yet this should be remembered as Scotland’s day, a long drought broken and a defining triumph to be celebrated deep into the (socially-distanced) night. In every facet, this was a performance of invention, maturity and superiority, a statement victory for a side going from strength to strength with four successive wins in this competition. Make no mistake – Scotland are Six Nations contenders.