The RFU insisted that England’s players were free to make up their own minds on ‘taking a knee’ at Twickenham.

Three of the matchday squad decided not to take part in the Black Lives Matter stance as England got their campaign off to a winning start against Georgia.

No 8 Billy Vunipola, flanker Ben Earl and centre Henry Slade all stood before the match. 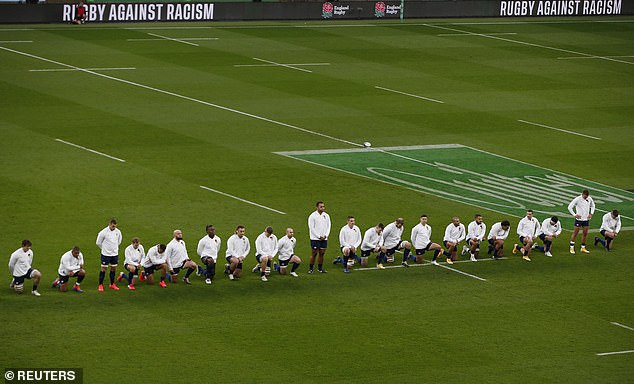 A spokeswoman said: ‘During the Autumn Nations Cup, Twickenham Stadium is featuring messages of support for Rugby Against Racism, Black Lives Matter and the NHS.

‘England’s men’s and women’s players and match officials are given the choice on how and if they wish to make gestures to help raise awareness for diversity and inclusion before the start of each game.

‘The RFU supports any players’ decision and equally believes the plans off the England stage are as important in driving necessary improvement and change across all areas of our game.’

Neither Vunipola, Earl or Slade have taken a knee with their clubs during the Premiership season. 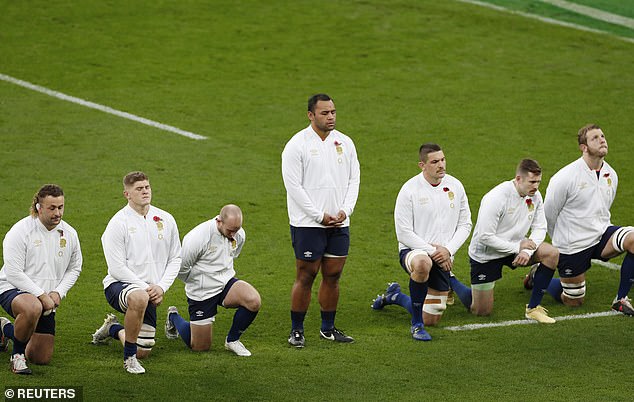 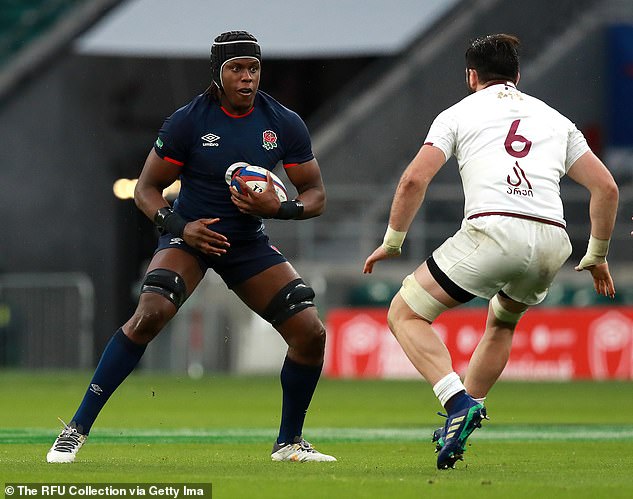 Vunipola previously said his stance was linked to his Christian beliefs.

‘Though I am a person of colour, I’m still more a person of Jesus,’ Vunipola said in August. ‘What I saw in terms of that movement was not aligned with what I believe in.

‘They were burning churches and Bibles. I can’t support that.’

Vunipola has gone against the grain before to stand up for his faith. Last year, he posted on Instagram with the words ‘Man was made for woman to procreate. That was the goal, no?’

He said at the time: ‘I stood up for my faith and I didn’t just fall by the wayside.’