Jalibert gets a crack as France ring the changes

Bordeaux-Begles’ 22-year-old Matthieu Jalibert has replaced the injured Romain Ntamack at fly-half among eight changes to the France side to face Scotland.

“We’ve spoken with Matthieu [Jalibert], he wants to be a regular starter,” coach Fabien Galthie said. “It’s his time now and he knows what he needs to do.” 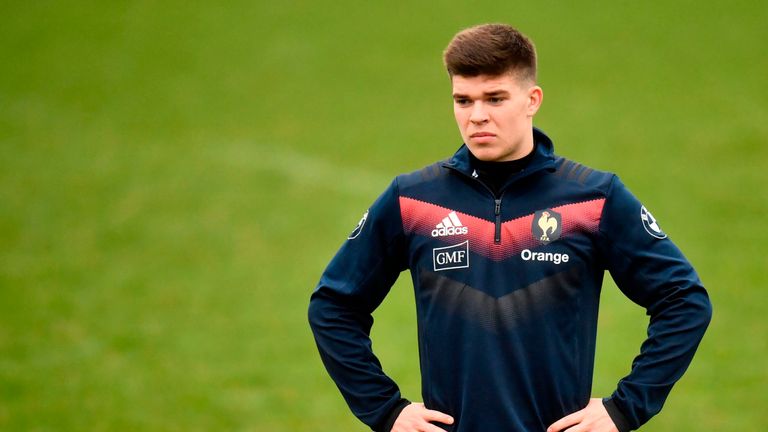 Teddy Thomas is brought in onto the right wing and Vincent Rattez has switched to the left, allowing Gael Fickou to return to the midfield alongside Virimi Vakatawa.

The powerful and speedy Fickou was deployed on the wing in the 35-27 win over Ireland three weeks ago in the Six Nations, which saw France finish in second place.

Flanker Dylan Cretin has come in for the injured Francois Cros, and lock Romain Taofifenua has replaced Paul Willemse.

The front row also has a new look as Jean-Baptiste Gros, Camille Chat and Demba Bamba have swapped in for Cyril Baille, Julien Marchand and Mohamed Haouas.

“We needed to change our team to have more movement and to freshen things up,” Galthie added. 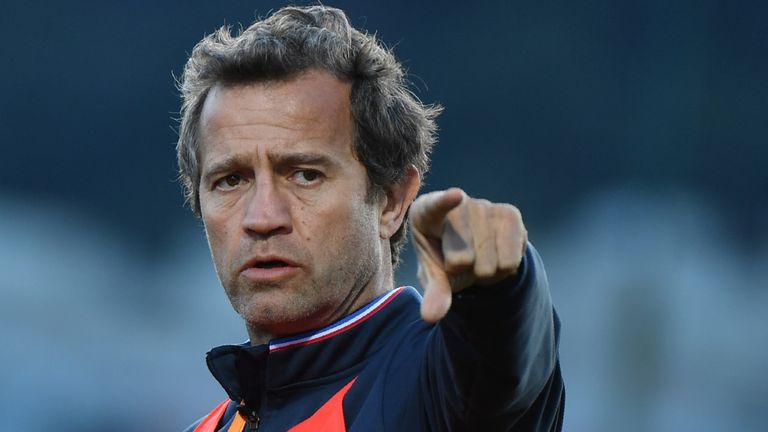 “All of this helps us to grow, to make all of our players stronger. What’s pleasing for us to see is that there are players emerging in our side.

“This gives us confidence in our desire to become a big nation in world rugby once again.”

France are coming off the back of their previous Test vs Fiji having been cancelled because of coronavirus cases in the Fiji camp. France were awarded a 28-0 win.

Scotland handed France their only defeat in the 2020 Six Nations, winning 28-17 at Murrayfield on March 8 before the Covid-19 crisis shut down sport.

The Scots have gone on to win five straight Tests and another on Sunday would equal their national record achieved only in 1925-26 and 1989-90. 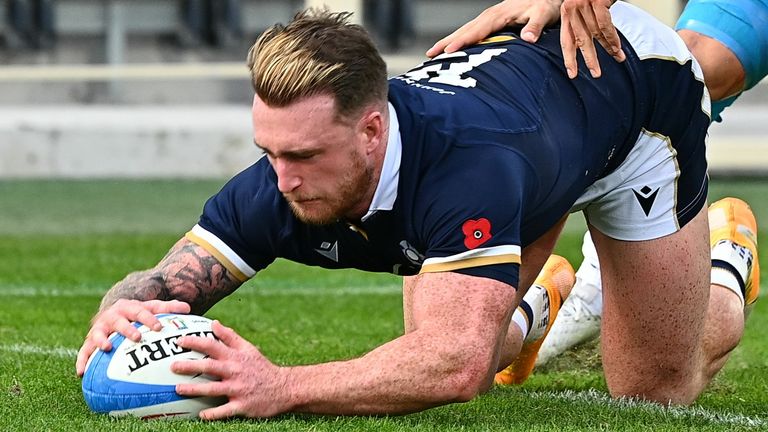 Head coach Gregor Townsend insists they are driven more by winning the tournament than making history, however.

The winner at Murrayfield will be favourites to reach the Autumn Nations Cup play-off final.

“The opportunity is about winning this game and what that would mean to this group in terms of getting into the final to play for first or second in a couple of weeks’ time,” Townsend said.

“We know what a challenge France are going to bring: one of the best teams, if not the best team in the world right now, so that’s all we’re thinking about.” Like France, Townsend has picked an all new front row of Oli Kebble, Fraser Brown and Simon Berghan, while also selecting Matt Fagerson at No 8 after he injured his ankle in the win over Georgia last month.

The only change in the back-line sees Blair Kinghorn brought onto the right wing in place of Edinburgh clubmate Darcy Graham.

Saracens backs Sean Maitland and Duncan Taylor – the latter of whom last appeared at the 2019 Rugby World Cup – also join the replacements.

Scotland ended French hopes of the Grand Slam when they became the only team so far this year to topple them back in the Spring.

Their prospects were greatly boosted that afternoon when France tighthead Mohamed Haouas was sent off for punching Jamie Ritchie but Townsend insists his team were already on course to victory when they were up against 15 men. “We played well that day back in March and we were playing well before the red card,” said Townsend.

“I think we went 6-0 up and were getting into our groove in attack and defence.

“It was a really good game. I think the red card led to France attacking more than they had in other games – it was the lowest they kicked all year, which can cause you more problems.

“But I felt we took our opportunity just before half-time, and a few minutes after half-time we gave ourselves a bit of breathing room on the scoreboard, and the players managed the game really well after that.

“We could have done better. There were opportunities we missed later on in the game to get another try, but it was certainly our best team performance of the year, especially in defence.” It will take another seriously stiff display at the back for the Scots to keep out fully-loaded France this weekend, with Galthie ditching plans to leave his big-hitters at home after seeing their Group B opener against the Fijians axed.

Townsend fully understands the scale of the challenge facing his team but backed his players to overcome it.

“I don’t know if happy is the word I’d use after seeing their team but you want to play the best teams when they’ve got everybody available.

“Now we are getting the opportunity to play France who have been the best team in the world in terms of results since the World Cup. “So you want to see where you are when you take on the best teams because the wins are even more special.

“It has created a real focus and edge in training. It feels like a proper Six Nations game even though it’s the Autumn Nations Cup because France are playing so well and they’ve brought their best players.”