‘We bash each other up for 80 minutes and afterwards we chat’: South Africa captain Siya Kolisi looking forward to seeing pals Tom Curry and Maro Itoje after Twickenham clash with England

South Africa captain Siya Kolisi is looking forward to a sing song with friends Tom Curry and Maro Itoje – but only after England and the Springboks ‘bash each other up’.

Stormers flanker Kolisi grows ever more composed as the statesman skipper so constantly craved by South Africa’s rugby-mad public. And the 27-year-old exuded all that off-field calm when marking the difference between Test-arena battle and post-match camaraderie. 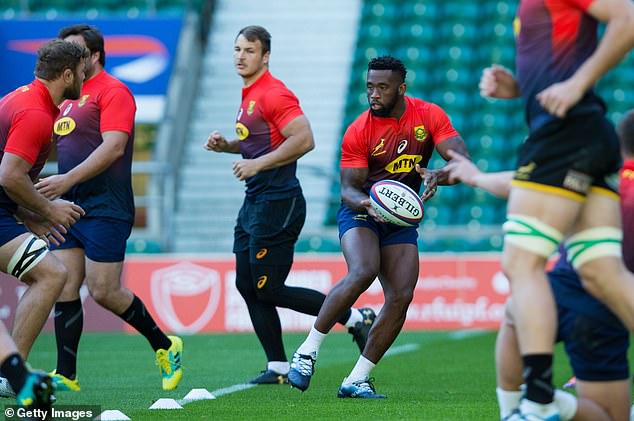 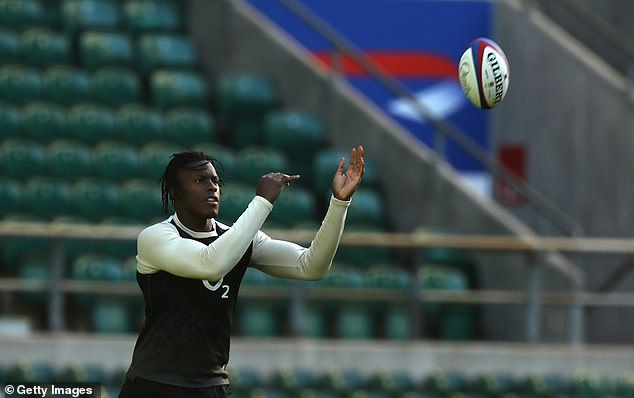 And now the 37-cap loose-forward expects more old-school bonding – but only after the business of Saturday’s Test at Twickenham is complete.

‘I spoke to some of the players after the last game (in June),’ said Kolisi.

‘It was different because I had never played against them before, it was my first time playing England. I chatted to them afterwards, we had a couple of sing songs with some the players, it was an amazing experience, just chatting to them.

‘They were surprised with things you know they probably thought you didn’t know anything about them.

‘It was really cool, that is the most amazing thing about rugby: we bash each other up for 80 minutes and afterwards we chat and get to know each other. 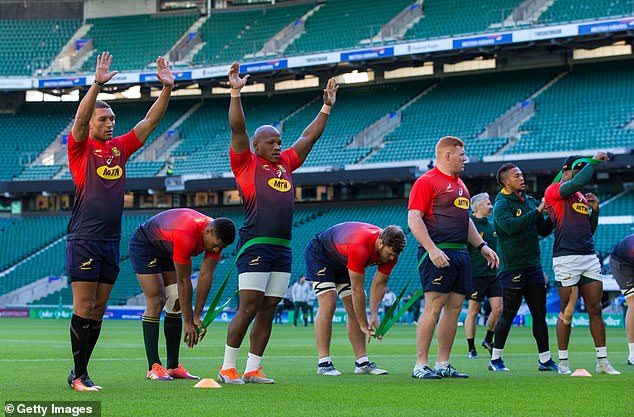 ‘All those friendships, you get closer to the guys and get to know them better so after the game we can chat but on the field it is a bit different.

‘They started Shosholoza and we started singing South African songs. We had a function at the end of the last game, it was quite cool.

‘There is no chatting before the game though, it is just silence. You want to be focussed on the game, we will chat afterwards; not before.’

Kolisi’s stewardship of the Boks’ famed captaincy would harbour huge scrutiny whatever the circumstances. But if his status the nation’s first black skipper adds any extra pressure, he shrugs it off in the style fully befitting a genuine rugby role model. 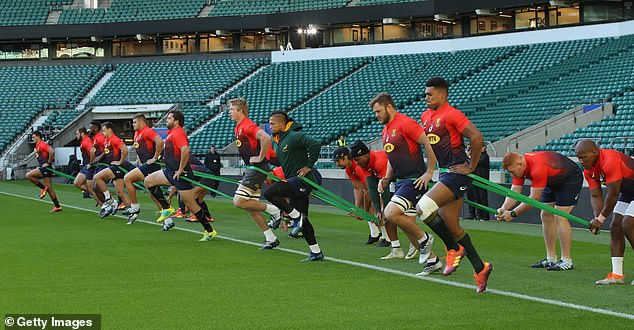 ‘It’s very tough to be Springbok captain but for me I can’t change who I am so I carry on being myself,’ said Kolisi.

‘Obviously I have more responsibility off the field but on the field, for me, the main priority is to perform.

‘The coach (Rassie Erasmus) has made my job so much easier because his main focus is for me to put in the best that I can for as long as I’m on the field for, so that’s what I’ve been trying to focus on, not everything else outside the field.

‘Off the field stuff, it’s a lot more than when you’re just playing, you’ve got a lot more responsibilities, but the main focus for me has just been making sure I can deliver every single time I play.’

Saturday will prove Kolisi’s Twickenham debut, a moment not lost on this keen rugby student.

‘My Twickenham memories are just recent: when I was young I did not watch rugby, I did not have a TV so it was watching the Springboks.

‘I also watched the guys when I was injured a couple of years ago. I was here for the World Cup but I did not get a chance to play.

‘Rugby is huge here. This is where it all started. It is quite exciting. I am really keen to play at Twickenham.’