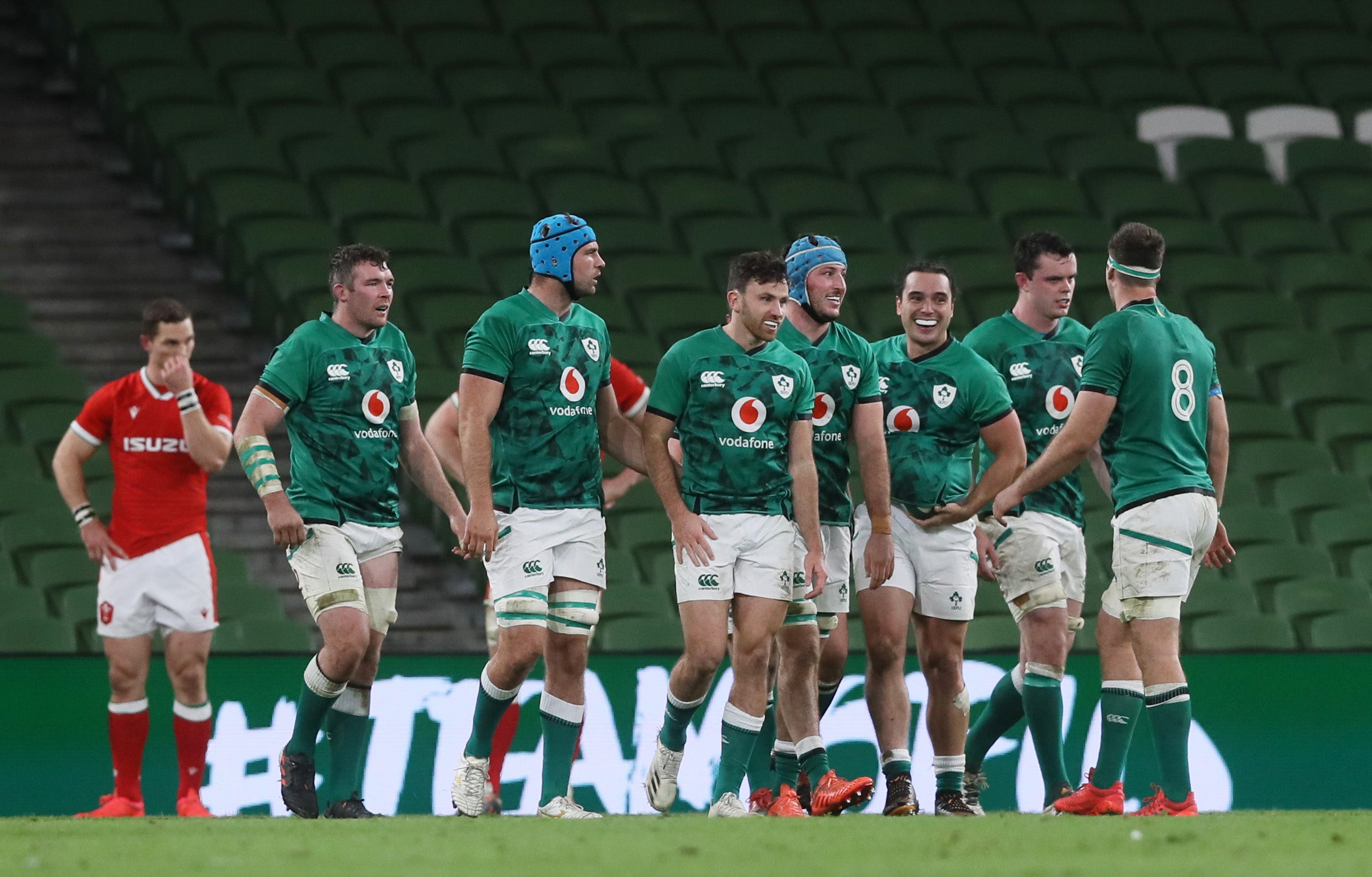 Davies suffered a horror injury to his left knee at last year’s World Cup which kept him out for just under 12 months. By his own admission, Davies’s career was hanging in the balance.

He suffered a worrying problem to his right knee against Ireland on Friday and was forced off the field, and now faces a nervous wait to see the seriousness of his latest problem.

“It’s being assessed. I am going through the recovery protocols and I will have to see how it settles down,” Davies said. “It’s still a bit early doors at the moment, but I have to make sure I look after it now. I need to get my leg up, rest up, and recover well.”

Davies won’t face Georgia on Saturday with Pivac set to make up to 15 changes for the meeting with Los Lelos in Llanelli. “It is the autumn series and we’re not going to change from our plan,” said Pivac. “There will be a lot of changes for next week which were pre-planned. That’s to give the squad a run by the end of the Georgia game. We’ll continue to build depth and continue to work hard.

“We’re looking to change what the players have done for over 10 years and we’re trying to change mindsets. It doesn’t happen overnight in my experience. We’re not giving in on this. This is not the World Cup. We’re working towards the World Cup and this is going to take time.”

Ireland travel to Twickenham to face England next. Captain Sexton – who came off with a hamstring problem against Wales – said: “We got found out a bit at Twickenham last time. England are one of the top sides in the world.

“They’ve got a massive squad and it’s going to be a massive challenge for us. It will be a great fixture to see how far we’ve come in eight months.”

Ireland head coach Farrell hopes to have Sexton plus Jacob Stockdale and Iain Henderson – both late withdrawals against Wales – back for England.

“We will need to be better at everything. Our breakdown was pretty impressive, but after our line breaks I thought we got a bit cluttered and could have converted more opportunities,” he said.

“We need to be more clinical when try-scoring opportunities are there to be taken.”