Home » Rugby Union » Ireland vs New Zealand LIVE – What time does it start, which TV channel, how to watch, prediction and more

Ireland and New Zealand clash on Saturday night in a match that is being billed as the battle for world supremacy, with the two sides top of the world rankings going head-to-head at Dublin’s Aviva Stadium.

Ireland’s phenomenal rise through 2018 has seen them claim a Six Nations Grand Slam and series victory in Australia – not to mention Leinster’s European triumph – and they kicked off their autumn internationals with back-to-back victories over Italy and Argentina.

But now comes the biggest test in rugby in the shape of the All Blacks, who after dismantling Japan in a landslide victory were battle-hardened last weekend in their narrow 16-15 win over England. Ireland coach Joe Schmidt makes two changes to his side, with Devin Toner replacing Iain Henderson in the second row and Dan Leavy – originally named in the back row for the injured Sean O’Brien – being ruled out with “body soreness”, resulting in Josh van der Flier starting at flanker. Follow the live action below. 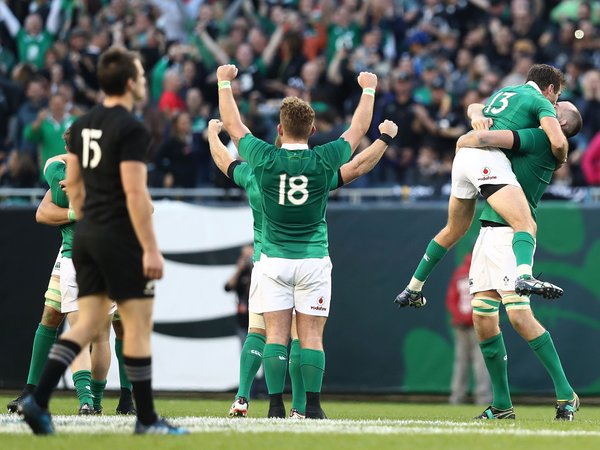 Ireland vs New Zealand kicks off at 7:00pm on Saturday 17 November.

The match will be shown live on Channel 4 from 6:10pm.