I won’t take any nonsense, says trailblazer referee Sara Cox ahead of Northampton and Wasps clash

‘No nonsense!’ That will be the message from Sara Cox when she becomes the first woman to referee a top-flight English game on Sunday, officiating as Northampton face Wasps.

The 28-year-old, who once had England Under 21 trials as a winger, became the world’s first professional female referee when she signed an RFU contract in 2016.

Cox has already officiated in the Championship and the Sevens World Cup, but will on Sunday take charge of the Premiership Rugby Cup. 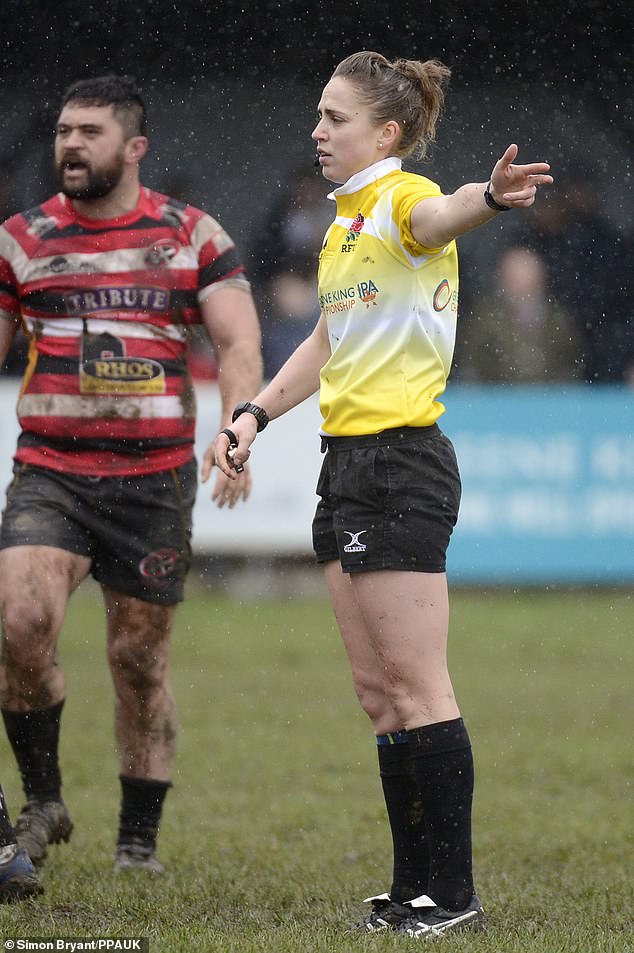 Referees have been clamping down on backchat this season and Cox intends to be red hot.

‘If I need to enforce something, I’ll absolutely enforce it,’ she said. ‘I like to deal with people like human beings. There are appropriate ways to communicate – like with colleagues in an office – and we need to set examples.

‘If I wasn’t looking after that, then I would not be doing my job.’

Ireland’s Joy Neville is the current World Rugby Referee of the Year and has already taken charge of games in the Challenge Cup and Pro14.

No woman, however, has overseen a tier one Test match and there will be popular calls for this at next year’s World Cup in Japan. 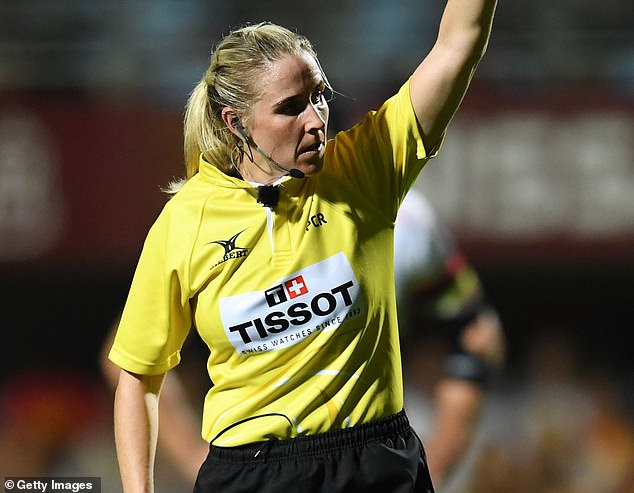 ‘Last year I had great opportunities in the Championship, the Women’s World Cup in Ireland, the Commonwealth Games and the Sevens World Cup,’ said Cox. ‘I’ve been ticking them off as a I go.

‘I need to be physically and mentally prepared for anything. As for what that is, I don’t know. Nobody’s ever stopped me and said, “You’ll never do this”.’

Cox has been welcomed with open arms, but sexism has been an issue in Northern Ireland of late. Referee Grainne Crabtree was subjected to abuse, resulting in fines from the IRFU, but Cox is confident that she will not encounter any such issues.

‘In all walks of life, you come across things like that but I haven’t experienced anything in rugby,’ she said. ‘I worked in a recycling company and that brought its own challenges. If something came up, that’s someone’s opinions.

‘The reception from players and teams has been very positive. I’m a referee; not Sara the referee, not a female referee. It’s the Sara Cox approach. I’m my own person.’