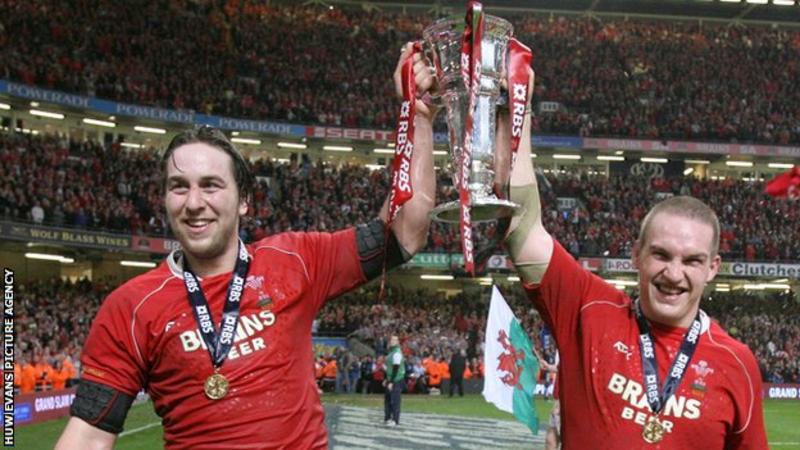 The prop, 37, played 129 times for Wales and made five Test appearances for the British and Irish Lions.

But Jenkins has had a long struggle with what the Blues call a “chronic” problem with his right knee.

“The pain I have been experiencing from rugby, in my daily life, simply isn’t tolerable,” loose head Jenkins said.

“But it’s important to me that after all the work I have put in, I run out with my team one last time and finish on my own terms.

“I have been working hard rehabbing over the last three months and I was confident I was going to be back playing, so it’s disappointing to be retiring after Sunday’s game against Zebre.

“It’s obviously a big decision but I’ve had a good innings, it’s time to finish and I’m looking forward to one more run out on the weekend and hopefully finishing on a high.”

Media playback is not supported on this device

Jenkins made his Wales debut in 2002 and won four Six Nations titles, including three Grand Slams.

He was renowned for his dynamism in open play, typified by the try he scored against Ireland in the victory which helped clinch Wales’ 2005 Grand Slam.

Jenkins was also a fearsome competitor at the breakdown, forcing turnovers with the frequency of a back-rower.

He won two European Challenge Cup titles with the Blues and, in his one season away from Cardiff Arms Park, he lifted the Heineken Champions Cup with Toulon.

Jenkins will now take up a coaching role with the Blues’ academy.

Blues coach John Mulvihill added: “Gethin Jenkins is a legend of Welsh rugby, a great servant for both club and country and it is fitting that he finishes his career in front of his home crowd at Cardiff Arms Park.

“After early discussions it was always my intention to have Gethin decide when he would like to call an end to this playing career.

“He will be a massive loss to us in a playing sense but his presence and intellectual property as a coach will be a great asset to us going forward.

“After 13 seasons at Cardiff Blues, at the top of his game, this weekend marks the end of an era at the club.”

Jenkins made 194 appearances for the Blues, second only to Taufa’ao Filise in the region’s all-time list.

Former Pontypridd prop Jenkins also captained the Blues from 2014 to 2017.

“It’s obviously a big decision but I’ve had a good innings, it’s time to finish and I’m looking forward to one more run out on the weekend and hopefully finishing on a high,” he added.

“I’m very grateful to [Blues chairman] Peter Thomas, the entire club and its brilliant supporters for everything they have given me over the years, and also Gruff Rees and John Mulvihill for making this transition from playing to coaching a smooth one.”