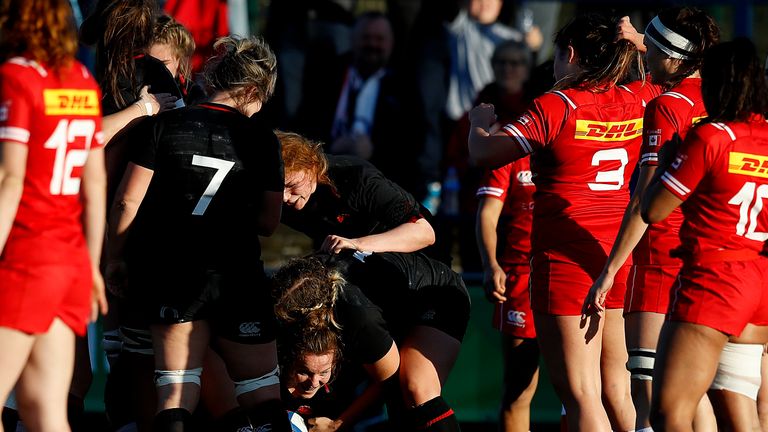 Lark Davies inspired England to a 27-19 victory over Canada to put the Red Roses one win away from recording an unblemished autumn.

Hooker Davies scored two of England’s tries, with Poppy Cleall also going over while Alex Tessier’s converted try on the stroke of half-time reduced the deficit.

Canada scored midway through the second half through Elissa Alarie but tries from Kelly Smith and Abbie Scott settled the game before Courtney Holtkamp’s late consolation.

In an entertaining opening to Sunday’s game, it was England’s forwards that did the damage with tries from Davies and Cleall. 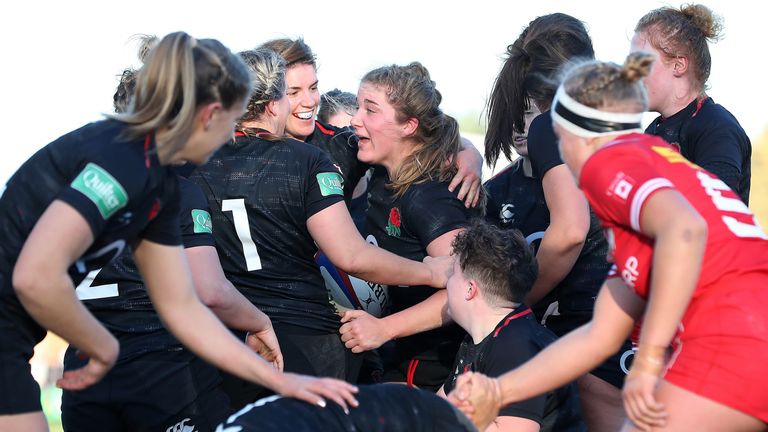 The deadlock was broken after an England penalty was kicked to the corner and after the resulting lineout was driven to Canada’s line, Davies bundled over off the back of the maul for a first international try.

Soon after, England found themselves in similar territory and a pick and drive saw Davies crash over for a second.

Canada’s ill-discipline continued and after another penalty was kicked to the corner, the resulting rolling maul saw Cleall barge over for 15-0.

The visitors got back into the game in added time after Tessier latched onto Anaïs Holly’s clever kick through to dot down and Brianna Miller’s conversion reduced the deficit to eight points at the break.

Canada had a second through Elissa Alarie’s near length of the field try following an interception in her own 22m. 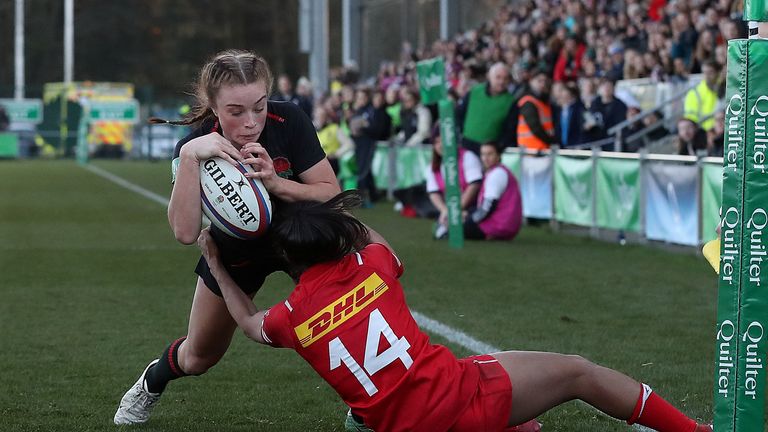 However, England came fighting back with the introduction of Katy Daley-Mclean settling the side and Smith showed good strength to go over in the corner while a fifth try soon followed with Scott’s pick and go from a metre out under the posts.

Canada had the last say of the game though, Holtkamp bundling over from close range with Magali Harvey converting.

The Red Roses, who last Friday defeated United States 57-5, will finish their Quilter Internationals on Saturday at Twickenham Stadium, taking on Ireland after England’s men have played Australia.