England began their Autumn schedule with a narrow win over South Africa at Twickenham on Saturday.

Winger Sibusiso Nkosi scored the only try of the game, while Handre Pollard added six points in penalties, but missed a tough kick to win it late on.

All 12 of England’s points came from penalties, with Owen Farrell converting three of them. Sportsmail’s LUKE AUGUSTUS and SIMON MILLS were at Twickenham to rate the players involved. 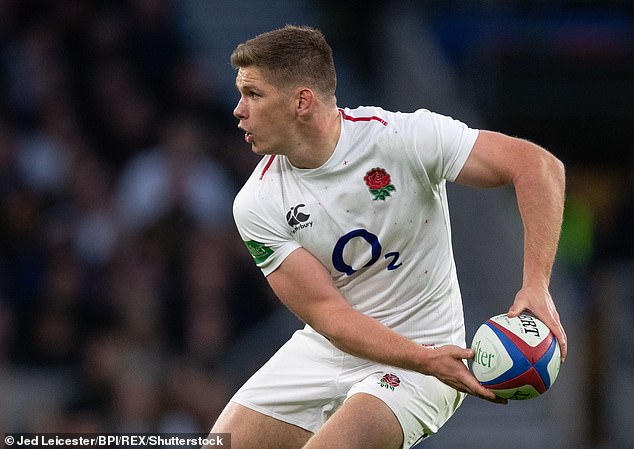 Gifted footballer but insecure under high ball and might have made better choices in attack. Nailed a superb long-range penalty — 6

Fourth successive start at 13, showed nice touches and kicks but worrying space opened up between him and Te’o in defence — 6

Held up well having only played 29 mins for Worcester. Strong in defence but no-arms tackles could cost him in future — 6 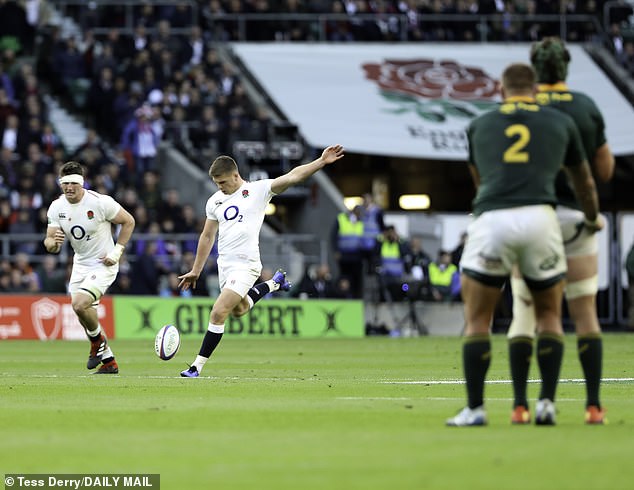 Outplayed the acclaimed Malcolm Marx. Accurate at the lineout and snapped up some useful opposition ball — 7

Stood up well against a world-class scrummager in Kitshoff, lively in defence and around the field to get his hands on the ball — 7 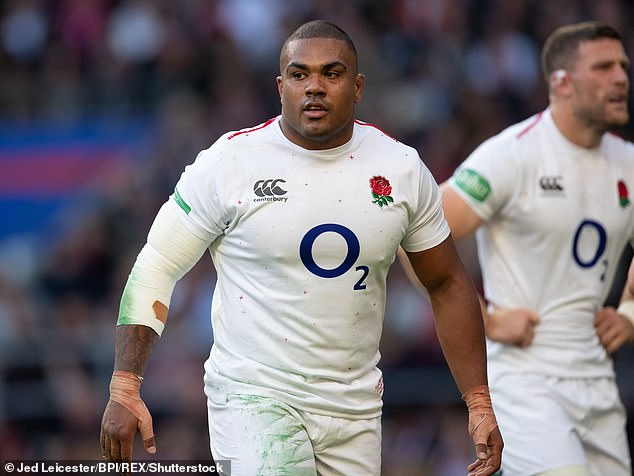 Impressive game from a no-frills player who does the basics well all over the field. Hustled South Africa into errors — 7

Now looks like a World Cup starter. Outstanding contribution of tackles, steals and carries until injury forced him after break — 7 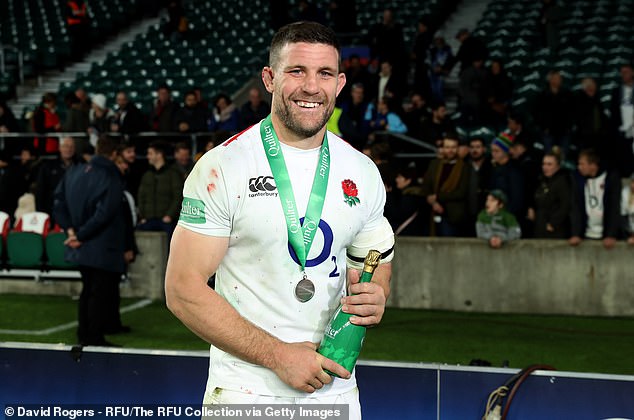 Full debut with Wasps’ Willie le Roux unavailable and didn’t look out of place. Took the high ball well and was delightful in attack when the opportunity arose.

Enjoyed a breath-taking first half which included a stunning take to collect an aerial cross-kick from Handre Pollard as well as produce a thunderous tackle on Jonny May before scoring a try before the interval.

The quietest of South Africa’s backline but he by no means had a poor game as he contributed more than those backs in white shirts.

Carried well at inside centre – dominating his opposite Ben Te’o in this area. Ran 49metres by half-time – the same No as the entire England back division. Such a strong, quick and elusive runner.

Dangerous runner with ball in hand and a ferocious tackler when he came in off his line. Showed one beautiful side-step to evade Maro Itoje early on in the first half. Flapped at a high ball in the first half which allowed for an Owen Farrell penalty.

Wasn’t afraid to run at the England defence hard and straight and distributed the ball diligently to those outside him. Missed game-winning penalty to deny the visitors’ a deserved win. 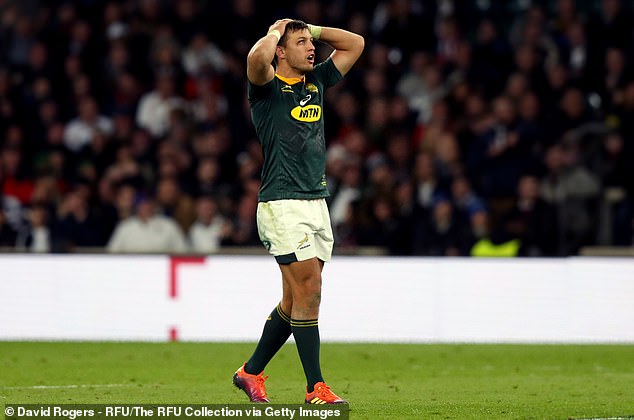 Faf du Klerk’s absence was duly felt here as he lacked the Sale No 9’s incisiveness at the breakdown which was highlighted when he was denied a certain try by a brilliant Maro Itoje tackle.

The unmistakable figure was a key reason for South Africa’s dominance in the pack. Seen as one of the world’s best scrummagers he gave an England a lesson in this area.

Overthrown line-out on the five-metre line allowed England to relieve pressure in the first half when South Africa had a man advantage. Did so again before the interval to waste two crucial attacking opportunities. In a strong effort by the Springboks’ forwards this was their one weakness.

Gave Alec Hepburn a torrid time in the scrum so much so that his counterpart was hooked at half-time.

The world-class operator was constantly getting over the gainline as South Africa dominated the first-half forward battle but was forced off soon after half-time due to injury. His absence was soon felt as England began to get on the front foot. 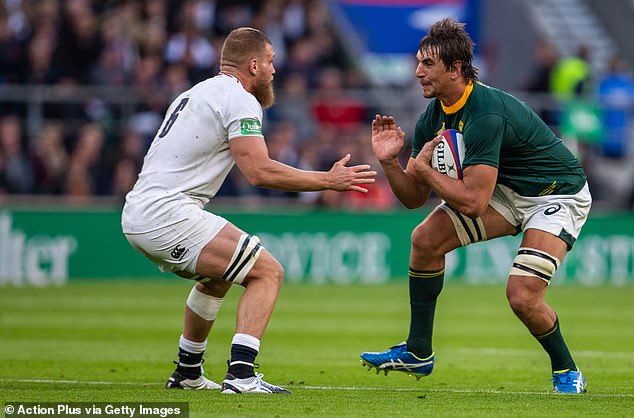 Eben Etzebeth, pictured (right) fending off Brad Shields, was superb before being forced off

An imposing presence alongside Etzebeth as they disrupted England’s lineout and like his fellow lock was able to get over the gainline.

Sniped at the breakdown and was solid in the tackle – emphasised by one thunderous hit on Owen Farrell after half-time.

Missed the entire Rugby Championship due to Japan’s domestic season and South Africa have duly missed him. Had an early knock-on but recovered to show his class at Test level.

Stunning hands to set up Nkosi for South Africa’s opening try of the match. The number eight showed his deft hands with another pass before half-time but was strong in the tackle as the forwards began to tire.