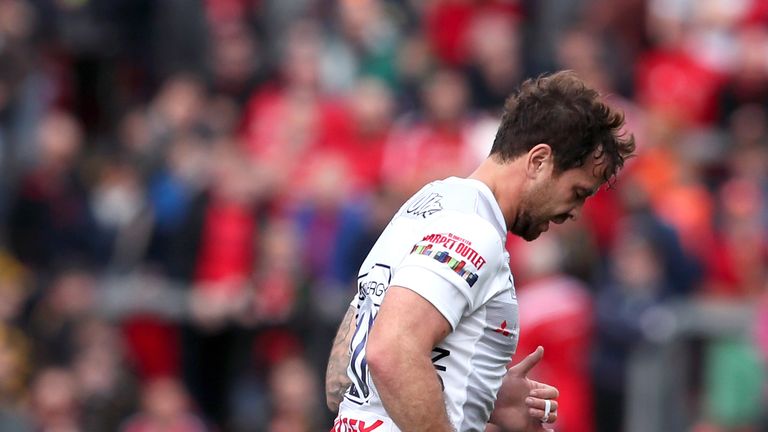 The second week of the 2018/19 Heineken Champions Cup produced more stunning games, noteworthy moments and no shortage of talking points.

From the south of France to Limerick, Tyneside to Cardiff there were a number of standout incidents.

We look through what caught the eye below…

Performance of the Round

Only one place to start – Toulouse’s thrilling 28-27 victory over defending champions Leinster at the Stade Ernest-Wallon on Sunday. 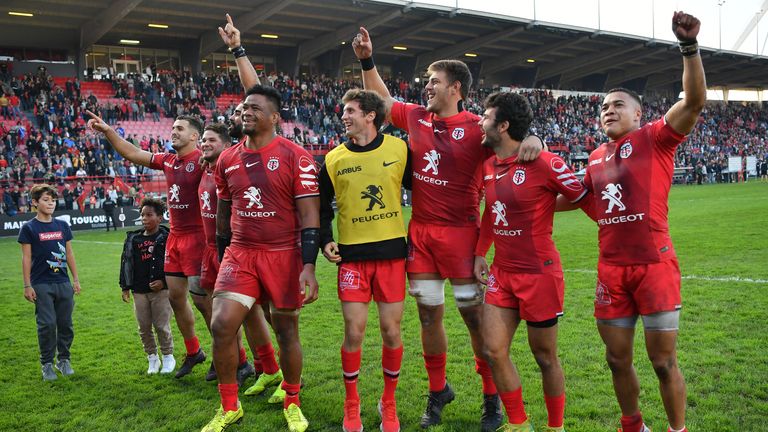 Both sides, historically, have the same amount of European titles between them in four – but Toulouse last won this competition in 2010, while Leinster have won three titles since then.

The Top 14 outfit did not even qualify for Europe’s premier tournament last season, and at the weekend, were firm underdogs against the Irish province – indeed much of the media credited the game as one with little chance of a contest at all.

Leinster had annihilated Wasps 52-3 on the opening weekend, while Toulouse rather limped to a 22-20 success over Bath at the Rec – largely owing to Freddie Burns’ much-publicised profligacy with the boot and over the tryline.

The response to Leinster’s dominant success was one of unwavering acclamation – almost to excess in truth – but the European Cup is not an easy competition and Toulouse proved why.

Ugo Mola’s youthful charges rolled back the years to play the brand of rugby Toulouse are so famed for – offloading out of the tackle and attacking from anywhere. 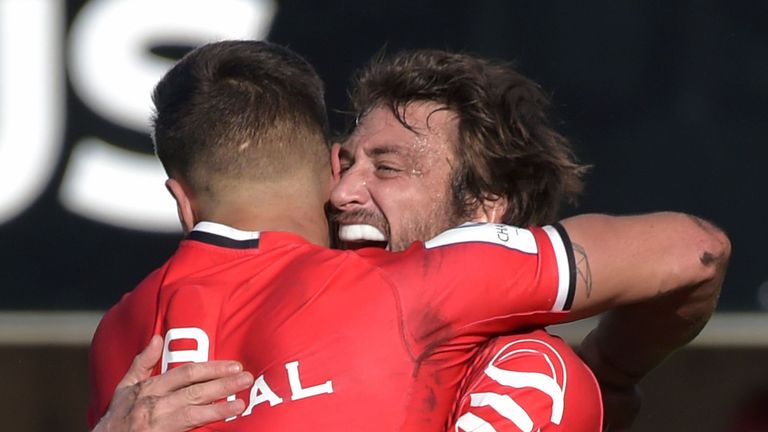 A strong start was matched by a dramatic ending as Leinster fought back to lead from 14-0 down, before Toulouse responded late to take the victory amid rapturous applause. It was a stunning game of rugby.

Moment of the Round

The game of the round may have come from the south of France, but for the moment of the round we head to the north east of England. 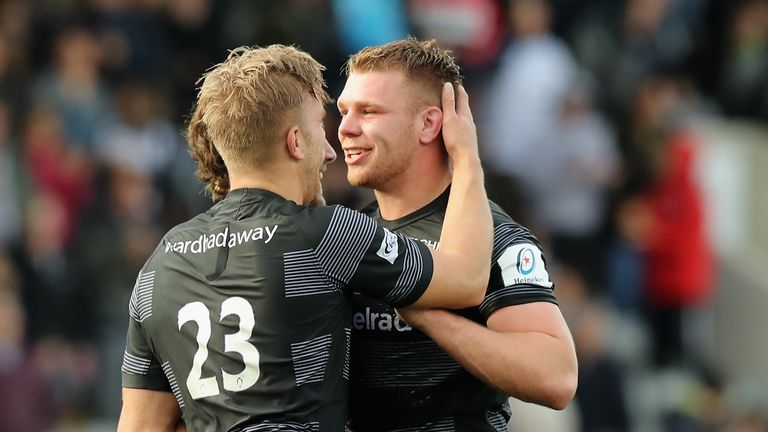 Newcastle Falcons are currently sat rock bottom of the Premiership but stunned Europe by heading to Toulon in Round 1 and inflicting only the second-ever European home defeat to the three-time winners in history.

In Round 2, they had another extremely difficult fixture to contend with by welcoming Vern Cotter’s Montpellier to Tyneside.

The Falcons started superbly before the French side came from behind to lead 20-16 with the clock in the red, almost certainly condemning Dean Richards’ side to a home loss.

But after kicking a late penalty to touch, Newcastle kept the ball for 40 phases, playing until the 89th minute of the game in an incredible show of control and patience in the Montpellier 22, before Callum Chick barrelled over for a try to cue euphoria at Kingston Park. 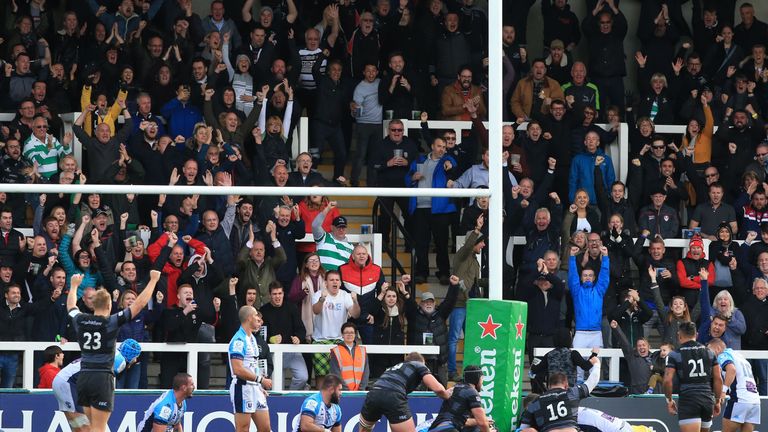 Try of the Round

As is customary in Europe, there were a host of eye-catching tries to choose from over the weekend, but for its scintillating execution and the impact it had on the match, Maxime Medard’s effort against Leinster is our pick.

With Leinster leading by six points and pressing hard for a score to kill off the game around the Toulouse 22 with just over 10 minutes remaining, replacement backrow Louis-Benoit Madaule made a magnificent read to intercept a Luke McGrath pass and set off in earnest.

Madaule made it to the halfway line before offloading out of the tackle to Yohan Huget. The skilful back did likewise to onrushing openside Alban Placines, and the flanker almost immediately passed on to scrum-half Sebastien Bezy, who then found Medard.

From there, the wing seared in to finish a quite wonderful score. Five pairs of hands in one fluid motion from coast-to-coast. Magnifique. 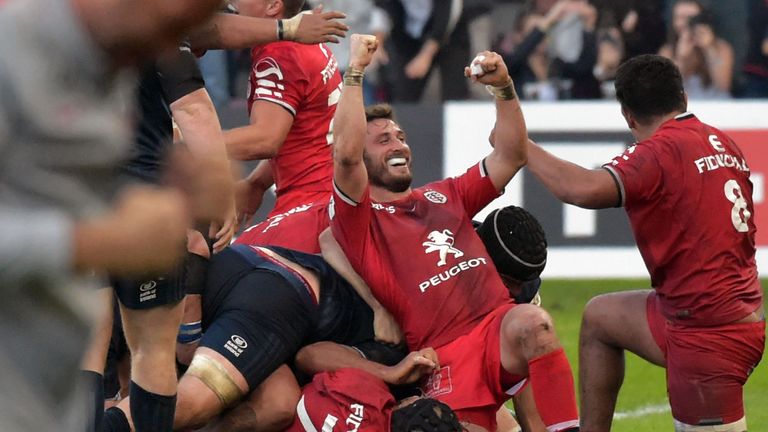 Talking point of the Round

Without a shadow of a doubt, the major talking point of Round 2 has been the red card issued to Gloucester playmaker Danny Cipriani against Munster at Thomond Park.

In the 29th minute, with the game finely poised at 5-3 to Munster, Cipriani tucked his arm as he went in high to tackle Munster’s Rory Scannell, connecting with the inside-centre’s face.

World Rugby have expressed a clear objective to reduce the tackle height in recent months and have encouraged harsher sanctions, and in truth, once the replays were shown on TMO review, there was only one outcome. 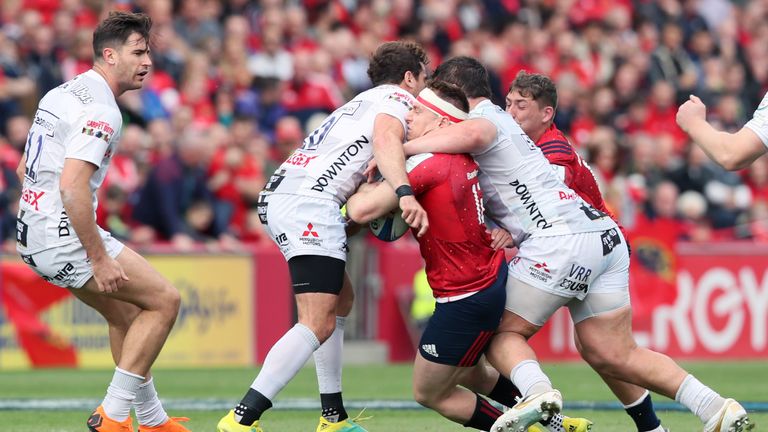 The reaction in the aftermath has verged from understanding to outrage, with some – if not most – in agreement the correct call was made, while feeling for Cipriani as the incident was unfortunate.

A swathe have argued about the lack of intent – something, actually, which is irrelevant in this situation – while others have claimed Scannell to be more at fault for running into the shoulder of a Cipriani apparently trying to avoid a tackle situation – this, based on replays, looks a very difficult argument to try and make.

One thing that can be said is that Cipriani took the decision superbly on the field of play. No remonstrations, no drama, a check on Scannell as he left.

The message is clear. Connect with the face or head in the tackle and you will be getting an early bath.

Blunder of the Round

Only one possible place to go for this category and that is the Welsh capital for Cardiff Blues vs Glasgow Warriors.

Somehow, someway, the sides were allowed onto the Arms Park pitch wearing strips which had almost identical shades of blue in large parts. For a sport which has been professional since 1995, it was one of the most amateur things witnessed in the sporting world for some time. Just how was it allowed to happen? In a European Cup game no less.

Blues out-half Gareth Anscombe labelled the situation ‘a disgrace’ afterwards, arguing the home side struggled to tell who was on their own side while playing into the sun. 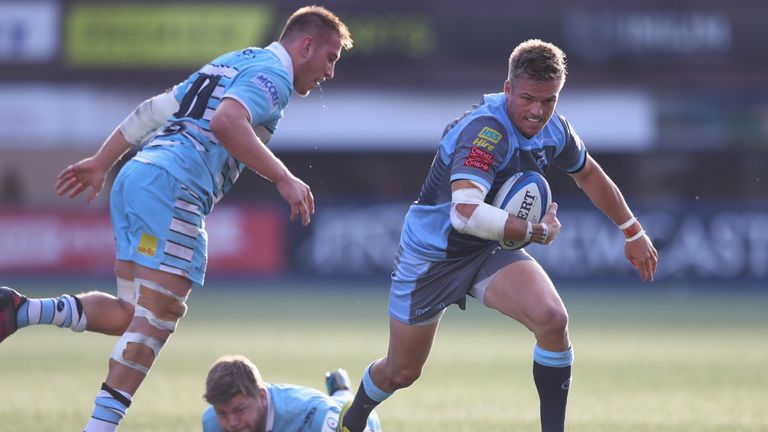 Under tournament rules, each team must have two kits for Europe, which are submitted before the start of the competition, and two weeks before each game, the EPCR tell the clubs which kit they are wearing, while also asking them for any observations.

A major blunder for sure.