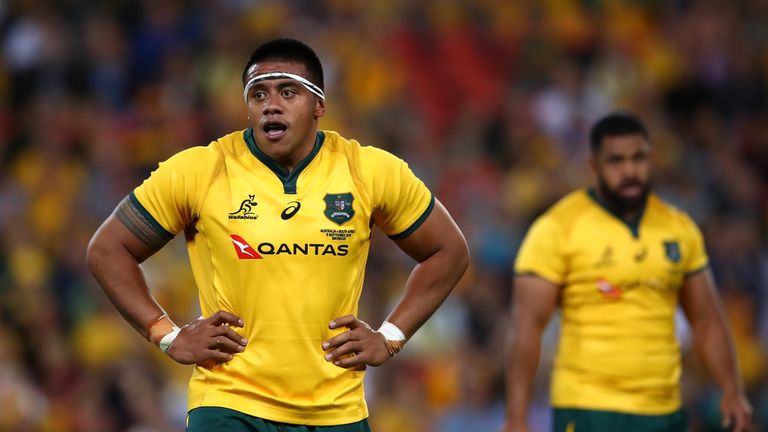 Australia international prop Allan Alaalatoa has re-signed with the Brumbies on a five-year contract.

The 24-year-old tighthead and son of a former Samoa international, will remain in Canberra until the end of 2023.

“The four-year extension for the 24-year old is just reward for an impressive season at both Vodafone Super Rugby level and for the Wallabies,” Rugby Australia said.

Alaalatoa joined the Brumbies at the age of 19, and has locked down a starting berth for Australia amid fierce competition from veteran prop Sekope Kepu.

Brumbies head coach Dan McKellar said: “We are very excited to have Al commit to the club long term.

“Allan’s going into his sixth season at the Brumbies. When he arrived in 2013 he was a young prop with enormous potential. Now on the back of a lot of hard work he has reached that potential and has become a quality tighthead prop.

“He’s the cornerstone of our set-piece, but Allan’s game offers more than just good scrum, lineout and maul. His numbers each week with ball carry, tackles made, and breakdown involvements are consistently high and his work off the ball is outstanding.”