Wales has six successive rugby wins for the first time in six years after holding off Scotland 21-10 at Principality Stadium on Saturday.

The Welsh scored two brilliant tries from set-pieces, to one by the Scots, and led 21-10 with more than half an hour to go.

But Wales then spent most of that remaining time under siege, and survived 10 minutes a man down to beat the Scots a 10th straight time in Cardiff.

Wales was forced to make 179 tackles overall, while Scotland failed to make the most of overwhelming territory and possession in the second half. The Scots had three try chances and were held up, stopped short, and the ball was dropped over the try-line. 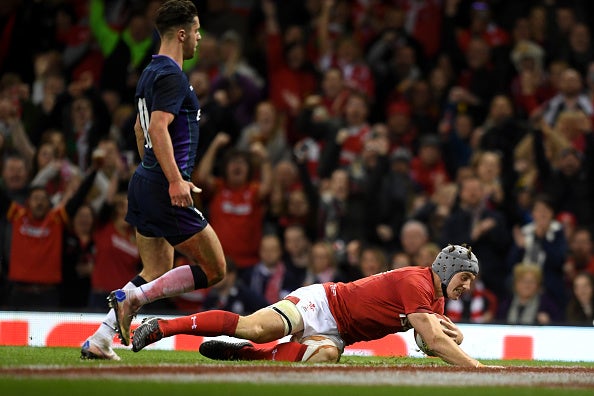 Meanwhile, Wales took its chances. George North scored his 34th try, leaving Ieuan Evans behind to be third on the Wales all-time try-scorers list, and centre Jonathan Davies got the other in his first test in a year after breaking his foot a year ago.

North had a try disallowed when he caught a cross-kick from flyhalf Gareth Anscombe but put his right foot in touch before grounding. Wales received a penalty, anyway, and Leigh Halfpenny kicked Wales to 9-0 and passed 700 points for the team.

Adam Hastings kicked Scotland’s first points, from a penalty off the first scrum. But Hastings dropped the kickoff and put his side back under pressure. Wales got a free kick from the second scrum, reset it on the Scotland 22, and attacked. North popped up in the line, far off his right wing, and slipped off centres Huw Jones and Alex Dunbar and carried Blair Kinghorn over the line in a superb solo try.

The 14-3 scoreline was fair on the run of play as Wales bossed the gainline.

But with five minutes to go, Scotland waived off a penalty shot in the 22 and went for a corner lineout. The Scots drove, sheared off the right and captain Stuart McInally was too close to the line to be stopped.

Wales’ maul defence was surprisingly soft, so Scotland, crushed on the same ground in February, was trailing by only 14-10 at half time. 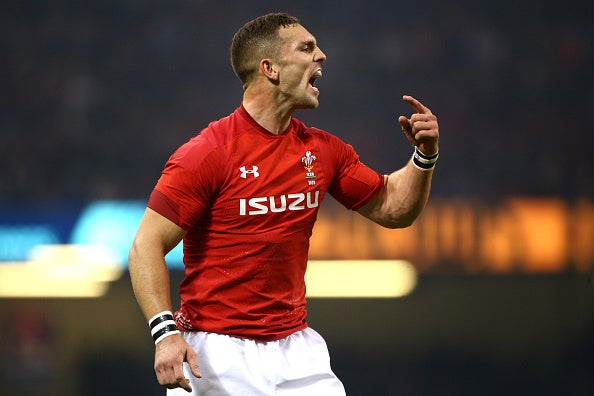 Halfway through the second half, Scotland gambled on another corner lineout rather than a penalty shot and Wales’ maul defense was too good this time. Just. Twice, the Scots were stopped on the tryline.

In the meantime, the Wales backs played a set move to perfection off quick lineout ball. Anscombe doubled round Hadleigh Parkes, dummy runners fooled the Scots, and Jonathan Davies palmed off Jones and scooted 30 metres free to the tryline.

Scotland then had a try disallowed with nine minutes to go with Wales replacement hooker Elliot Dee yellow-carded after repeated fouls in defence. Replacement scrum-half George Horne chipped over a ruck at the line for his older brother Pete, but the ball fell through the latter’s hands.

Scotland cracked in the face of the proud Welsh defence, and then a seven-man Wales scrum earned a penalty against Scotland to relieve the 20-minute siege.